Can’t wait for the Infinity War sequel to be out already? Well, we can’t either! So here are our theories and speculations on what’s to come in the next Avengers movie! Hey there! Before we get into the details, here’s a spoiler warning! If you haven’t watched Avengers: Infinity War, come back once you do. With the recent release of the new Avengers Infinity War movie, people, myself included, are going berzerk over what happened in the film. Here’s your final spoiler alert!

We’ve lost so many loved superheroes and no one knows what’s gonna happen in the next Avengers movie. The Infinity War sequel is planned to hit cinemas in 2019. No one can wait to know either. I wasn’t super shocked or sad at how the plot turned out ’cause someone gave me spoilers, which I didn’t ask for! A tip for watching the Infinity War sequel, don’t open any social media sites or messages until you watch the actual movie. You’ll thank me later.

A Summary of Avengers: Infinity War

If the thought and stress of all the dead characters has made you forget the plot, here’s a run-down.

Thanos, the bad guy, is collecting all the infinity stones so he can wipe out half the universe’s population. The vessel carrying refugees from Asgard is attacked by Thanos and the ‘children of Thanos”. Loki and Heimdall get killed, which made me really, really upset TBH. And Thanos gets a hold of the space stone. Thor escapes but with a million bruises and ends up in Peter Quill’s ship. What follows is a hilarious power struggle between Star-Lord and Thor that had me cracking up for minutes even after it was over.

They soon realize they’re all on the same side and want Thanos dead. So Thor, Groot and Rocket team up and head to Nidavellir to create a Thanos-killing weapon. And the others go to Knowhere to prevent Thanos from getting the reality stone from the collector, Taneleer Tivan.

Meanwhile on Earth, two of Thanos’ children, Cull Obsidian and Ebony Maw, confront Doctor Strange, Wong, Bruce Banner and Iron Man to get the time stone. Spiderman, who’s traveling on a school bus driven by none other than Stan Lee (it’s not a Marvel movie unless he makes a cameo), senses trouble and comes to their rescue. And Wong gets invited to Tony Stark’s wedding for being super cool!

Somewhere else on Earth, Wanda and Vision get attacked by Corvus Glaive and Proxima Midnight. They’re fighting a losing battle until Black Widow (with a makeover), Captain America and Falcon make a heroic appearance and save them.

Back on Titan, Thanos’s home planet, he forces Gamora to tell him where the soul stone is, she tells him and they both go to Vormir, where he sacrifices her soul for the stone. Doctor Strange hands over his time stone to Thanos to save a dying Tony Stark. Thanos now has all but one stone and is already as strong and powerful as ever. To prevent him from getting the last one, which is on Vision’s head, the Avengers take him to Wakanda to remove it safely from him with Shuri’s help. Bucky makes an appearance as well. And the children of Thanos bring an army of creepy-looking dogs/apes to attack Wakanda and retrieve the mind stone. This leads to an epic and tense battle. Thor makes an amazing and unexpected entrance with his new axe, stormbreaker, compliments Steve Roger’s beard, attempts to kill Thanos and fails.

Thanos then gets the mind stone from Vision, killing him in the process. With all of the stones in his possession, he snaps his fingers and wipes out half of the population. R.I.P. Bucky, Wanda, Doctor Strange, Spiderman, Black Panther, Guardians of the Galaxy, Nick Fury and Maria Hill.

Like every other Marvel fan, we can’t wait for 2019 to roll around either, so we have some speculations on what we might see in the next Avengers movie. Let’s begin with how Infinity War ended. In the post credit scene, Nick Fury seems to be sending a signal on this pager (why? what’s wrong with a smartphone?) that looks like it’s from another century. Seconds later, he crumbles and disappears into thin air and the device falls down. The movie ends with a zoom-in on the screen of the old school pager, which shows a logo. Die-hard Marvel comics fans would recognize it as the logo of Captain Marvel, and she’s gonna be the new character addition to the Marvel franchise. 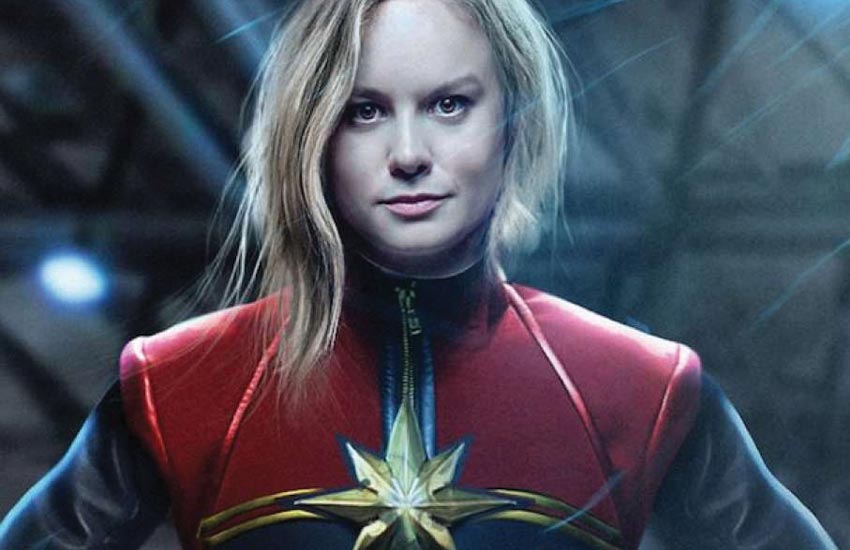 With the popularity of Wonder Woman, I guess Marvel decided that they needed a powerful woman, too. ‘Cause let’s be real here, Scarlet Witch and Black Widow were just not cutting it. For starters, they just show up in the middle of fights, don’t take up charge or responsibility for anything and just do as they are told to by the other Avengers. We need leaders here.

According to the comics, Captain Marvel is more powerful than any of the current Avengers we’ve seen so far in the cinematic universe. She is an Air Force pilot, CIA agent and has worked for NASA! She’s also said to have superhuman strength, the ability to fly and shoot lasers from her hands. Damn, I love her already! But if she really is so powerful, why haven’t they called her before? To know more about her, I guess we’ll just have to wait for her own movie, which is set to release in March, 2019.

So what we think might take place in the next Avengers film is that the remaining Avengers, the ones who haven’t been wiped out, go up to her and convince her to fight with them. Shilpa says this ongoing theme of a superhero requesting another to fight war in the first half of the movie is getting cliched now. It happened in this movie between Bruce Banner and Tony Stark and it’s a recurring theme in D.C movies as well. For example, in Justice League, Batman convinces many other superheroes such as Aquaman, Flash to join him in his mission. So hopefully in Avengers: Infinity War 2, they make it more interesting than that. Also, we speculate that the first half of the Infinity War sequel will shed light on how all the remaining Avengers get together. They’re all stranded on different planets with no ships to return home. So we reckon a portion of the upcoming movie will focus on them finding ways to either get back to Earth or find each other.

We’re also thinking Captain Marvel’s the one that puts an end to the Infinity War. I mean, who else can at this point? Thor missed Thanos’ head, Bruce Banner isn’t able to bring out Hulk, and I’m sure Iron Man and Captain America have given up all hope. And the rest of the group are dead. But of course, I’m sure they’re all gonna come back to life. Don’t ask us how, we wanna know too.

Chemistry Between Captain Marvel & Other Superheroes 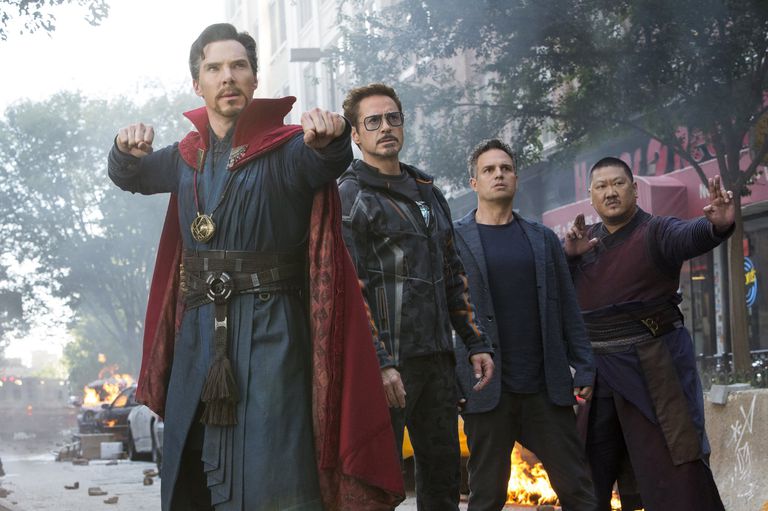 Shilpa also speculates either a fight for power/leadership or a possible romance between Captain Marvel and any of the other superheroes. I don’t mind that theory but she better not make a move on Thor. She can have any of the others, Thor is just mine. Don’t argue with me on that.

Also, how are the Avengers gonna react to a super powerful being who shows up all of a sudden. For all we know, the mighty Thor may find it somewhat demeaning to see someone more powerful than him. Or cat fights may ensue if she ever falls for Bruce Banner or Vision (can he come back from the dead?).

What is Thanos Gonna Do? 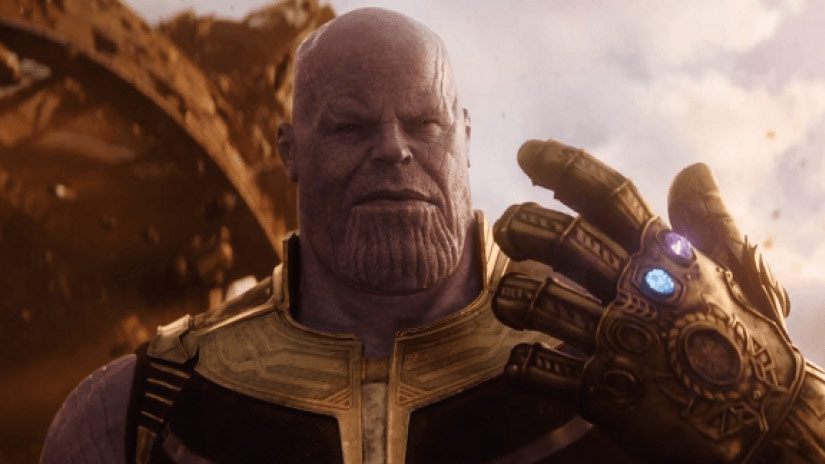 In all honesty, Thanos doesn’t strike me as a villain in the least bit. I seriously hope they make him look, sound and act as scary as he’s supposed to be. We can’t consider you a villain unless you’re on the same level of psycho as Hela from Thor: Ragnarok. Sorry, Thanos.

What’s he even gonna do in the Infinity War sequel? Cry over his dead daughter, Gamora? Wait for the population to grow, so he can wipe them out again? Either way, he’s irrelevant and needs serious character growth and a new motive. For the sake of his antagonist reputation.

What Other Superheroes Will We See in the Next Avengers Film?

Was it just me that was wondering where on Earth were Hawk Eye, Ant Man and Wasp  were the entire time?? I hope they make up for it in the upcoming Infinity War movie. Also, of course, the Hulk will finally return, maybe in the last battle against Thanos!

So those were our thoughts and theories on the Infinity War sequel. We’d love to know your speculations, too. And what other questions you’re waiting to be answered in Infinity War 2? Tell us by tweeting @shilpa1ahuja!