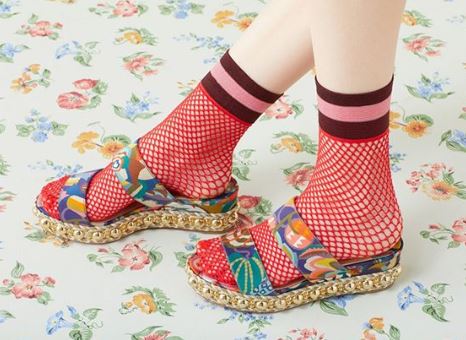 Ear muff (N.) [eer muhf] A type of winter accessory that’s shaped like headphones with a pair of soft fabric coverings like fur or wool that are connected by a band and used to protect the ears from cold is known as ear muff.

Fingerless gloves (N.) [fing-gerles gluhvs] Gloves that cover only the palms and lower parts of fingers and have openings from knuckles to nails are known as fingerless gloves. Also see gloves.

Fur headband (N.) [fur hed-band] A type of headband that has a fur covering worn on the head to hold hair away from the face is called a fur headband.

Glove (N.) [gluhv] Hand shaped covering for the hand with separate compartments for each finger and thumb is known as a glove. Also see fingerless gloves, mittens.

Hat (N.) [hat] A covering for the head made of wool or cotton, usually worn to protect from cold, as a fashion item or as a part of a uniform.

Infinity scarf (N.) [in-fin-i-tee skahrf] A type of scarf that’s knit in the shape of a circle, either knitted with wool or crocheted fabric is called an infinity scarf. Also see scarf.

Leg warmer (N.) [leg wawrmer] A tube-shaped garment that covers the leg from calves to ankles to keep warm during winters is known as a leg warmer.

Mitten (N.) [mit-n] A type of glove with only two sections, one for the thumb and the other for the four fingers is known as mittens. Also see gloves.

Pantyhose (N.) [pan-tee-hohz] Skintight sheer or opaque garment made out of stretchable fabric that covers the lower body from waist to toes is called pantyhose. Also tights.

Scarf (N.) [skahrf] A long, broad piece of clothing either made of knitted wool, silk or any other fabric worn around the neck or head for protection from cold or for style is known as scarf. Read more about styling scarves.

Skinny scarf (N.) [skin-ee skahrf] Long and thin scarf tied around the neck or worn around shoulders is known as skinny scarf.

Sock (N.) [sok] A garment that covers the foot and lower part of the leg, usually made of wool, cotton or any other type of stretchable fabric is known as a sock.

Stockings (N.) [stok-ings] Stretchable, usually sheer socks that are thigh length and are sometimes held up by suspenders at the upper thigh are known as stockings. Also see over-the-knee socks.

Stole (N.) [stohl] A stole is a type of scarf that’s made of expensive fabric like silk and is draped around the shoulders. It’s usually worn over a party dress or ball gown.