There’s no limit to makeup techniques and beauty trends. Every season, new makeup techniques are spotted on the fashion runways and even more on social media, magazine editorials and introduced by makeup artists. But you can find them all here in our SlubWords glossary below, from eye makeup to lip, from beauty styles to mistakes – it’s all here.

Blush overload (N.) [bruhsh oh-ver-lohd] A makeup faux pas or trend wherein a too much blush is used that makes the cheeks unnaturally pink is called blush overload. 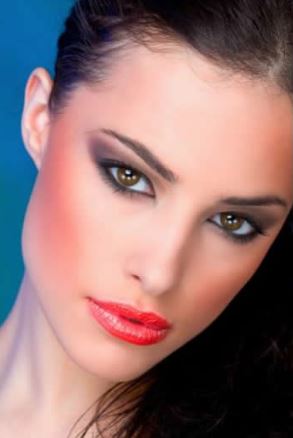 Cat-eye (N.) [kat ahy] An eye makeup trend wherein the eyeliner is extended upwards and outwards at the outer corners in a little triangle that resembles the eye of a cat is called a cat-eye look. Clumped eyelashes (N.) [kluhmped ahy-lashes] A makeup faux pas or trend wherein a lot of mascara is used that makes the eyelashes stick to each other, creating a clumpy look is called clumped eyelashes. Also clumped lashes.

Contouring (V.) [kon-too r ing] Contouring is a makeup technique used to create or modify facial or body features by creating the illusion of depth and shadows with the help of a makeup product that’s a couple of shades darker than the natural skin tone. It is often used in combination with highlighting to create light and shadow to give the illusion of a narrow jawline, higher cheekbones or a small nose. Glass skin (N.) [glahs skin] A Korean makeup trend in which skin essences, lotions and highlighter are used to give an overall glass-like shine to the skin is called as glass skin makeup. Glitter lips (N.) [glit-er lips] Glitter lips is a lip makeup trend in which glitter is patted onto wet or glossy lips, wherein the glitter may match the lip shade or be of a metallic color. Highlighting (V.) [hahy-lahyt] The opposite of contouring, highlighting is a makeup technique used to create or modify facial or body features by creating the illusion of light with the help of a makeup product that’s a couple of shades lighter than the natural skin tone. These lighter shades help to add or define high points of the face or body. It is often also used on the cheekbones to give the illusion of a youthful or glowing skin. Lip art (N.) [lip ahrt] The art of using makeup products or different lip shades to create a shape or other art on the lips is called lip art.

Lip plumping (V.) [lip pluhmping] Lip plumping is a process of using a balm or device that can make the lips look bigger or fuller. No makeup makeup (N.) [noh meyk-uhp meyk-uhp] A makeup trend wherein the makeup products used are very close to the wearer’s skin tone in order to imitate or only slightly improve upon one’s natural look. No makeup makeup may give the illusion of not wearing makeup, or it may give a glossier, prettier look than natural. Also natural makeup. Also see nude lip, secret makeup.

Nude lip (N.) [nyood lip] Nude lips is a makeup trend wherein the lipstick shade is very close to the wearer’s skin tone, giving the illusion of not wearing any lip makeup. 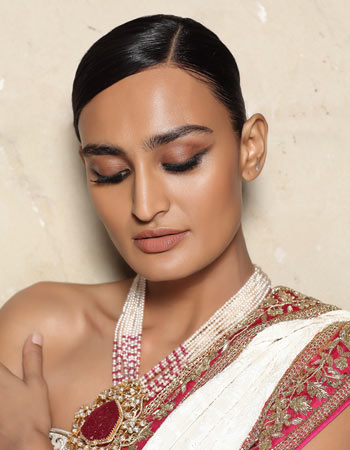 Ombre lips (N.) [om-ber lips] Ombre lips is a lip makeup trend in which darker and lighter shades of the same lipstick color are blended to create a gradient, sometimes resulting in the lips looking fuller. Overlined lip (N.) [oh-ver lahyn lip] A makeup trend in which a lip liner, matching the color of the lipstick, is used to draw over and above the natural line of the lips to give the illusion of bigger lips is called overlined lips.

Sculpting (V.) [skuhlpting] Sculpting is a makeup technique that uses contouring and highlighting to modify facial features by creating the illusion of light and shadow at the desired places to make the features look more well-defined. Also see contouring, highlighting, strobing.

Secret makeup (N.) [see-krit meyk-uhp] A makeup technique that uses light-coverage, skin-matching products to give an illusion of not wearing makeup at all. The aim of secret makeup is to create a look that doesn’t let it reveal whether the wearer is wearing makeup or not. Also see no makeup makeup.

Smokey eyes (N.) [smoh-kee ahys] Smokey eyes is a makeup trend in which dark shades of eyeshadow are blended together to give the illusion of deep-set eyes or to create a well-defined crease and outer corners of the eyelid.

Strobing (V.) [stro-bing] A sculpting makeup technique that uses targeted highlighting, or application of highlighter or illuminator on places where light would hit naturally on the face is called strobing. Also see sculpting.

Winged eyeliner (N.) [wingd ahy-lahy-ner] A makeup trend in which the eyeliner is extended at the outer corners of the eyes to create an upward curve or “wing” is called winged eyeliner. 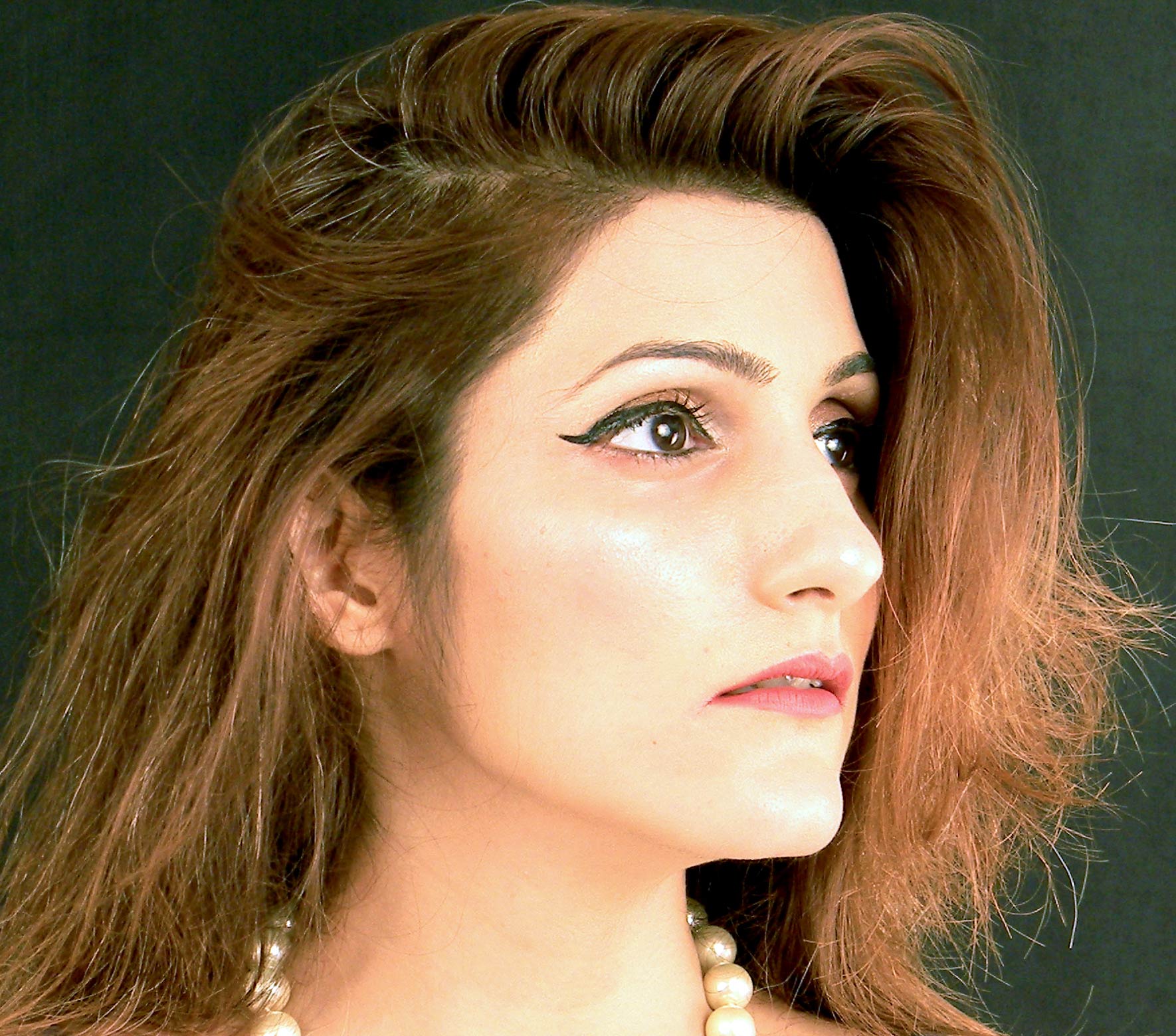