Types of Tops: Different Terms, Trends and Silhouettes of Tops Even something as basic as a top has many variations. To know the difference between each of the different types of tops, read our fashion glossary below.

Bandeau top (N.) [ban-doh top] A longer bandeau bra that can be worn as a top, a strapless top that is a band of fabric just to cover the breasts and upper-stomach area. Also see bandeau bra in types of lingerie and tube top. 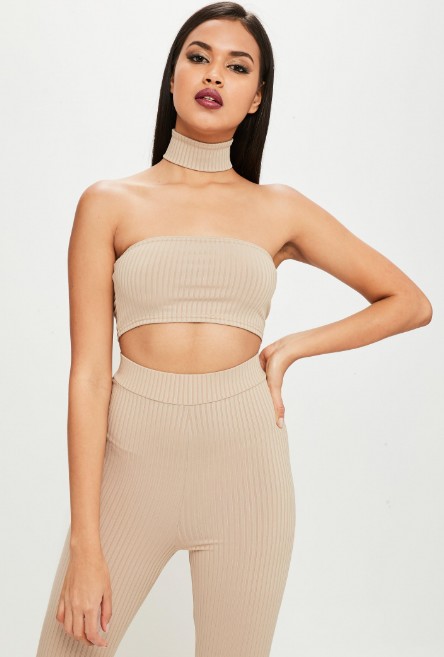 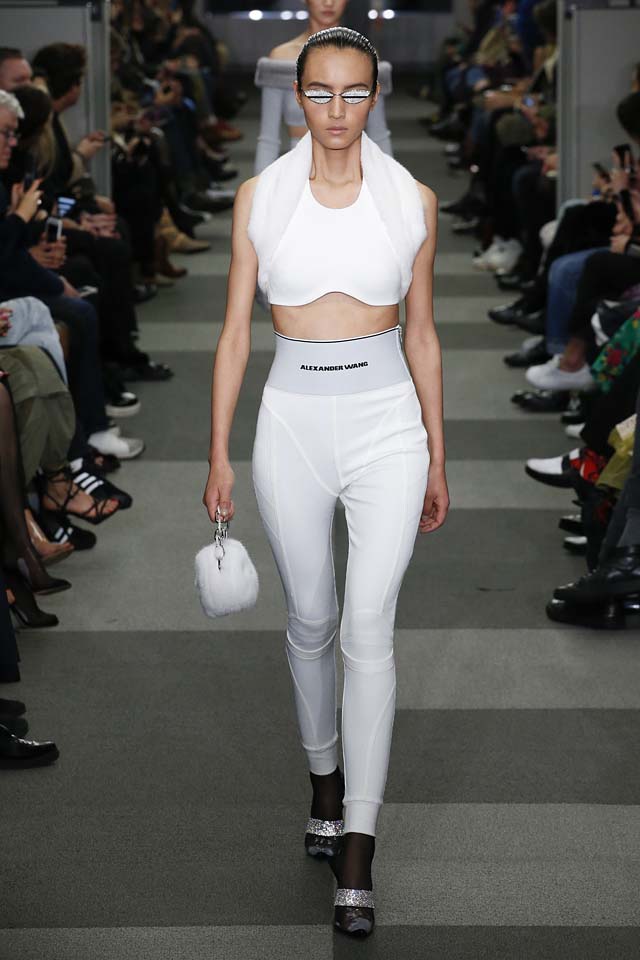 Button-up shirt (N.) [buht-n-up shurt] Types of tops that button up in the front are referred to as button-up shirts. 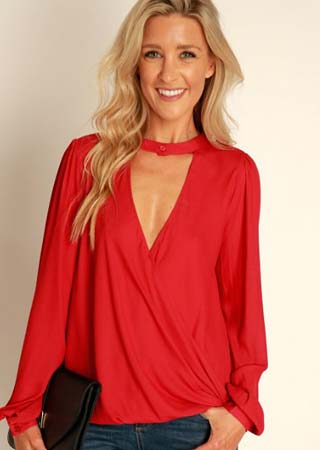 Corset top (N.) [kawr-sit] Inspired by corsets, tops that lace up at the waist are called corset tops. 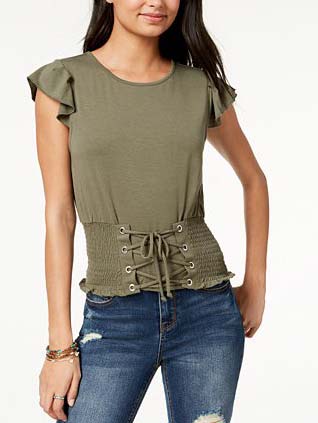 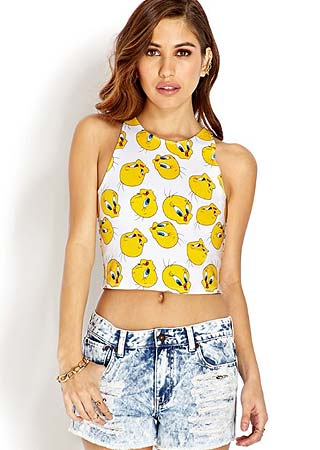 High-low (N.) [hahy-loh] Tops that have an asymmetrical hemline are called high-low tops. They’re usually high in the front and low at the back. 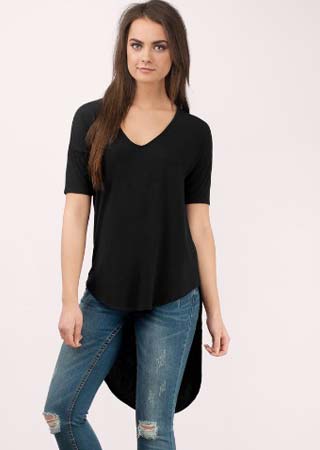 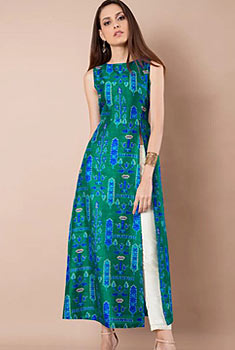 Peplum (N.) [pep-luhm] Tops with a short and gathered panel attached at the waistline are called peplum tops. 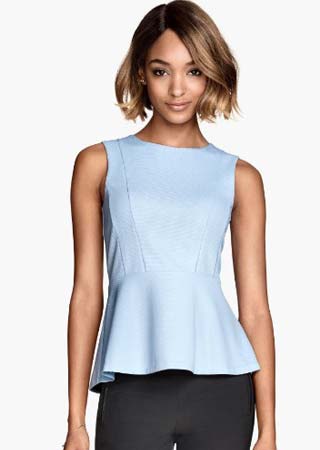 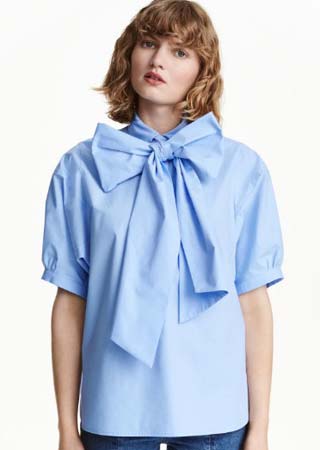 Tank (N.) [tangk] Tops that are fitted and have a U-neck and wide straps are called tank tops. 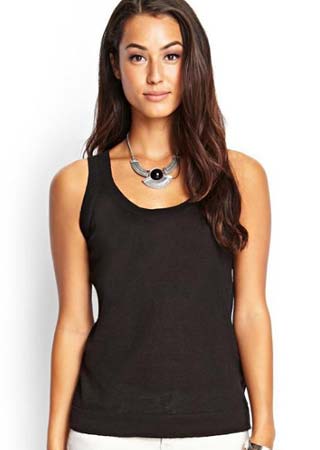 T-shirt (N.) [tee-shurt] T-shirts or tees are called so because they resemble the shape of the letter, T. T-shirts typically have short sleeves and a crew neck. 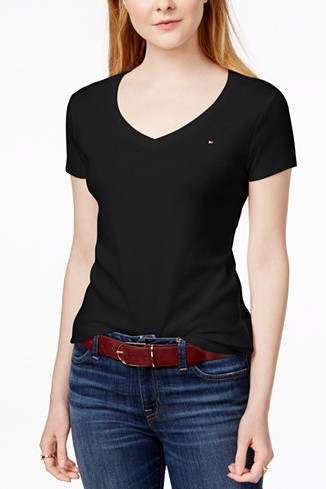 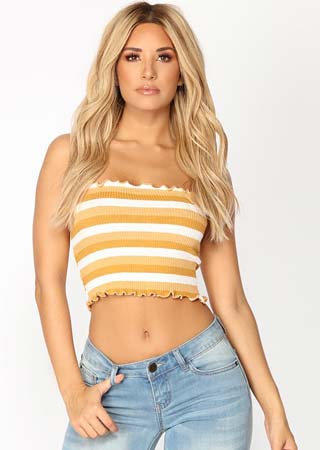