Designers come up with new styles of dresses every season and we decode them right here for you. Read about the different types of dresses below.

Ball gown (N.) [bawl goun] A type of gown with a fitted bodice that flares out at the natural waistline to form a full skirt. Ball gowns may also use inner layers of poufy fabric like tulle to give the full structure. Ball gown gets its name from ball, a formal dance evening to which it is traditionally worn. In modern context, ball gowns may be worn to weddings, black tie-events or other formal occasions. 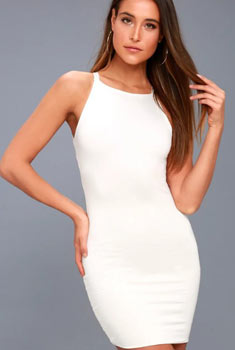 Cage dress (N.) [keyj dres] A dress with strips of fabric attached to each other resembling a cage is known as a cage dress. Also skeleton dress. Cape gown (N.) [kay-p gaun] A gown that has a large piece of fabric either floor-length or less, attached at the neck or shoulders, falling at the back like a cape is called a cape gown. Also see gown, cape in types of silhouettes. 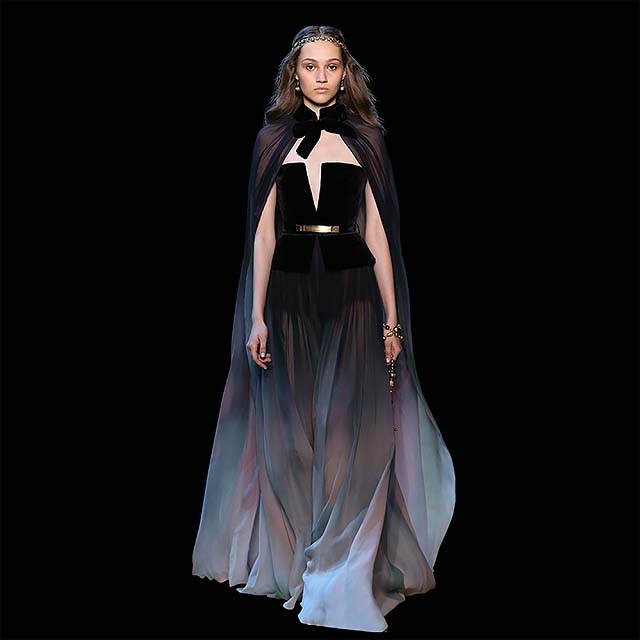 Choker dress (N.) [cho-kur dres] A dress that has a narrow strip of fabric attached around the neck to give the illusion of a choker necklace is called a choker dress. Also see choker top in types of tops.

Coat dress (N.) [coh-t dres] A coat dress is a type of dress that resembles a coat with large overlapping collars, but a lighter-weight fabric and meant to be worn indoors, as opposed to a coat. Also see coat in types of outerwear. Flapper (N.) [flap-er] A vintage-style dress popular during the 1920s with lots of beading, embellishments and fringes is called flapper dress. 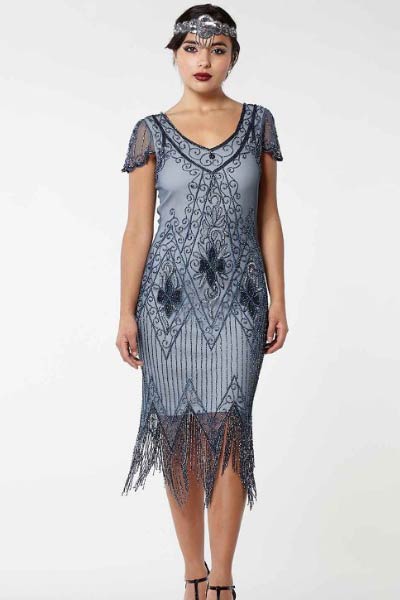 Gown (N.) [gaun] A long formal dress that is fitted at the bodice and typically flares out at the bottom, sometimes with a full skirt. Gowns are usually worn at formal occasions like weddings or black-tie events. Also read: Types of Gowns

LBD (N.) (Abbreviation: Little Black Dress) A term used to refer to any dress that is short and black in color.

Maxi dress (N.) [mak-see dres] A type of dress that reaches the ankles is called maxi dress. It may be worn casually, as opposed to a gown. 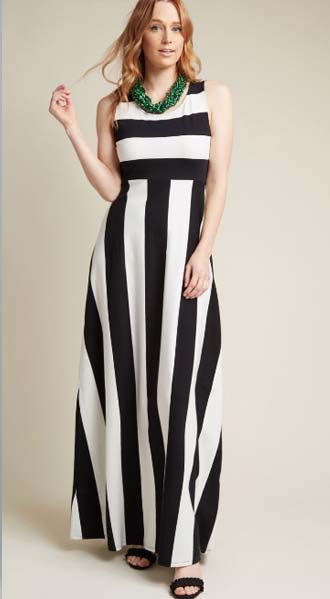 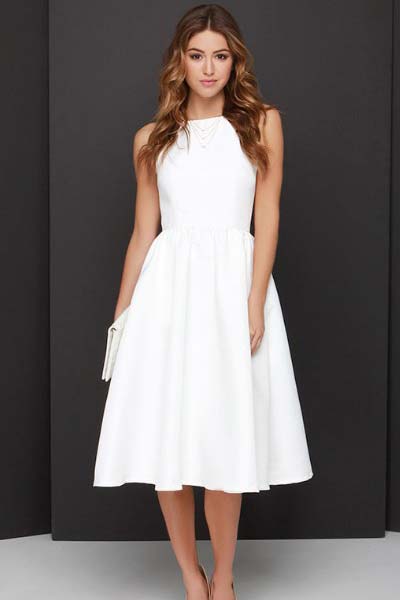 Overskirt dress (N.) [oh-vuhr-skurt dres] A type of dress that has an overskirt or a large piece of fabric attached at the waist that looks like a full or front-open skirt is called an overskirt dress. The overskirt may be sheer or opaque, and may be longer than or the same length as the dress. It may also be detachable. Also see overskirt in types of skirts.

Pants gown (N.) [pants gaun] A pants gown is a type of gown that has a pair of trousers attached to a top, and a floor-touching overskirt, covering the sides and back. Also see overskirt in types of skirts. Also see shorts gown. Sheath (N.) [sheeth] An A-line dress type similar to shift but with a defined waistline is known as sheath dress. 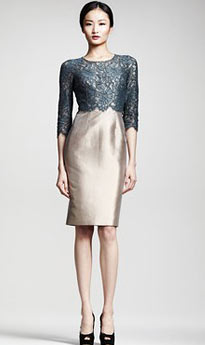 Shift dress(N.) [shift] A 60s straight silhouette dress that doesn’t have any cinching at the waist is called shift dress. 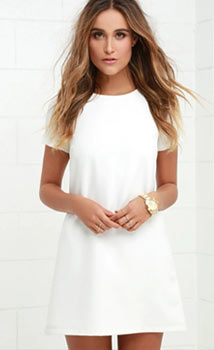 Shirt dress (N.) [shurt dres] A new dress trend inspired by shirts, which has a collar and a button placket is called shirt dress. Shorts gown (N.) [shaw-rts gaun] A shorts gown is a type of gown that has a pair of shorts attached to the top, and a floor-touching overskirt, covering the sides and back. Also see pants gown, overskirt in types of skirts. Also read more about shorts gown trend for bridesmaids. 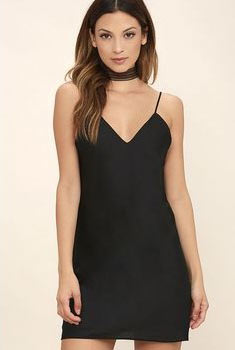 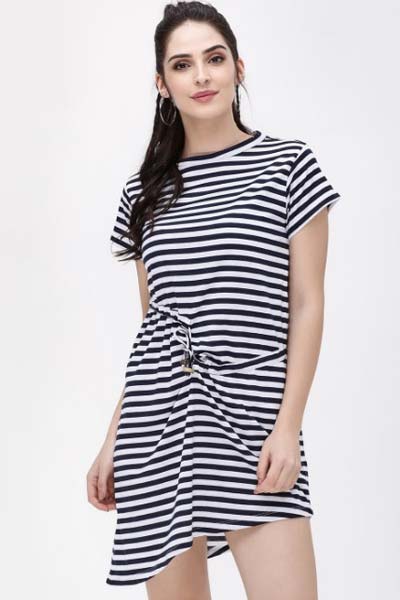