Check out the latest chick lit books for 2016. Romance thrillers to rom-coms to love revenges, which one will you curl up in the blanket with this winter? 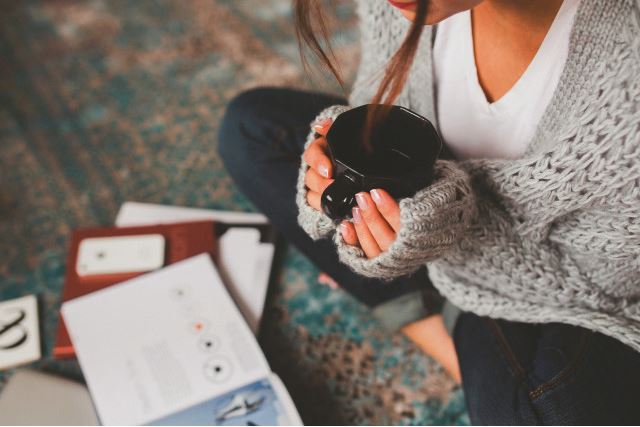 It is chilly outside and especially at nights, sometimes all a girl wants is to don something cozy and tuck inside the blanket with nothing more than a chick lit novel and a cup of hot cocoa perhaps. So I have picked out top 13 books covering a variety of chick lit spices for you girls! Enjoy the read! 🙂

All I’ve Never Wanted is based on popular Japanese manga series Hana Yori Dango A.K.A Boys Over Flowers. It talks about the life of a high school girl Maya, who wants to pass this phase of her life without drawing much attention towards herself, until the day she becomes the apple of everyone’s eyes and the best boy gang, the Scions, four richest, most powerful guys at Valesca Academy, becomes a part of her popular life. 2. A Year in the Life of a Playground Mother by Christie Barlow

‘A hilarious observation of playground politics’ as coined by Sue Watson is the most apt single line description for the book. While the children are practicing their sums and perfecting their reading, Rachel is learning some harsh lessons on the other side of the school gates, and ruffling plenty of feathers along the way. A Year in the Life of a Playground Mother

3. Breaking the Rules by Amy Archer

Sophie’s life is about to change for good—but maybe not in the ways she expects. After all, life is unpredictable… just like love. But if being with Devin means letting in the chaos and instability she’s running from, is love really worth it? This is a sweet, romcom-style modern-day romance novel. 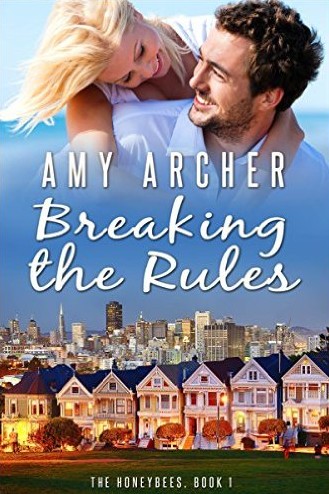 Breaking the Rules: The Honeybees, book 1

Hustle is the first chick lit mystery novel in the crime action romance series ‘The Hunted Hearts’.  Ellie thinks she’s made a clean getaway when she jets off to South America with the map stolen from Jacob, but Jacob isn’t letting her get away so easily. With the mob hot on her trail and the bullets flying, she finally meets her match when she ends up in Jacob’s sights. 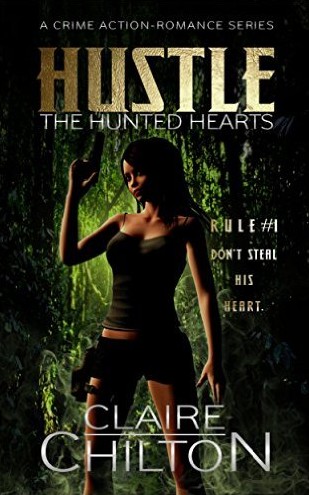 5. Match Me If You Can by Michele Gorman

“Mr. Right hasn’t turned up yet, and Mr Right-Now isn’t worth booking a wax appointment for.” Three best friends join a dating site where they can recycle their ex-boyfriends in exchange for an upgrade and realize that sometimes its not you, its him. Match Me If You Can: The perfect Valentine’s Day read!

A funny, light-hearted rom-com. William Maxwell one of the most powerful men in the city wouldn’t cut his assistant Andy any slack. And when Andy needs it the most, she gets help from the most unlikely source -Alexandra Maxwell, William’s older sister. Have a read to find out how their explosive chemistry ends. 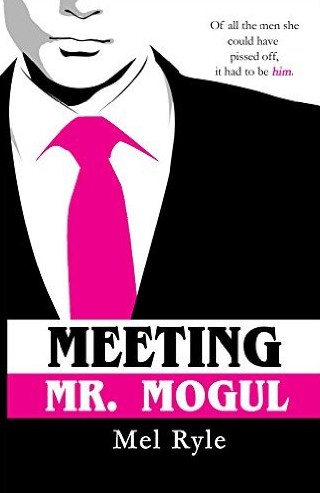 7. Stirred with Love by Marcie Steele

Lily Mortimer, Kate and Chloe have been impaired by life in one or the other way and they embarks on a new venture, open The Coffee Stop, the most charming café for miles around, to revive from their pains. Stirred With Love: A feel good novel of friendship, romance … and great coffee

8. Strictly Between Us by Jane Fallon

Chickl it with a detective touch, Strictly Between Us reminds you that when there is suspense involved the only one you can trust blindly is yourself. Daily Mail tagged it unpredictable – ‘I raced through this beautifully written, thoughtful and exciting story, alternately cringing and cheering as things veer further off-piste after nail-biting moments I defy anyone to predict. I didn’t like it, I loved it’. 9. The Assistants by Camille Perri

Temptations are the toughest to resist when they are offered at the time of maximum need. In a similar situation Tina’s moral compass temporarily malfunctions. For six years Tina served as an assistant for a boss who spends more on lunch than Tina does on rent. But with wealth comes trouble. Lucy Diamond, the famous chick lit author calls it fresh, smart and very funny. 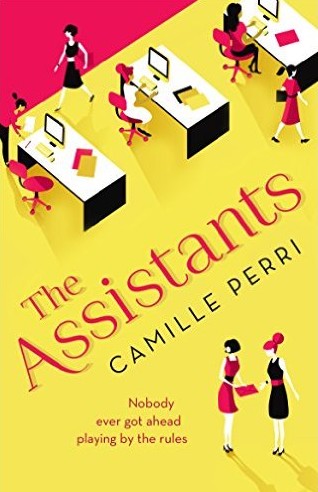 10. The Player: The Wedding Pact #2 by Denise Grover Swank

The story here revolves around Blair Hansen and Garrett Lowry who are confused by how destiny keeps throwing them together until the latter is convinced that they should give their love a second chance, but Blair is engaged to a man who is wrong for her. What Garrett needs to tell Blair is that a player once isn’t a player forever. 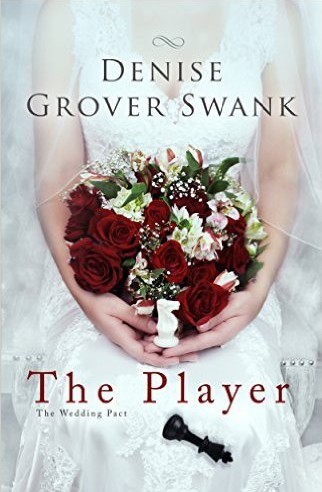 The Player: The Wedding Pact #2

11. The Revenge Artist by Philip Siegel

They say money can’t buy you love. Becca Williamson begs to differ. Once upon a time, Becca was the Break-Up Artist, tearing apart unhealthy relationships at her school for just $100 via PayPal. But after a job went really wrong, she went legit for love and now brings couples together. But just when things seem perfect Becca has to deal with a new Break-Up Artist who is going around destroying all of the couples she’s worked hard to unite and his jackpot target is her relationship!! 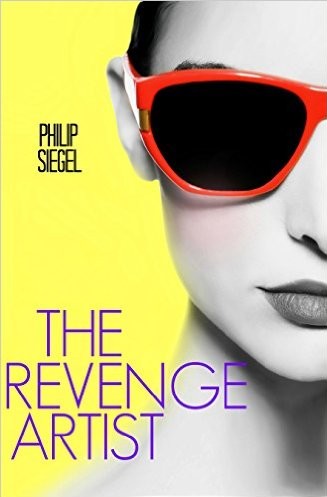 12. The Unfortunate Importance of Beauty by Amanda Filipacchi

The Unfortunate Importance of Beauty serves as a smart, modern-day fairytale. With biting wit and offbeat charm, Amanda Filipacchi illuminates the labyrinthine relationship between beauty, desire, and identity, asking at every turn: what does it truly mean to allow oneself to be seen? Barb, a stunningly beautiful costume designer, makes herself ugly in hopes of finding true love. Meanwhile, her friend Lily, a brilliantly talented but plain-looking musician, goes to fantastic lengths to attract the man who has rejected her—with results that are as touching as they are transformative. 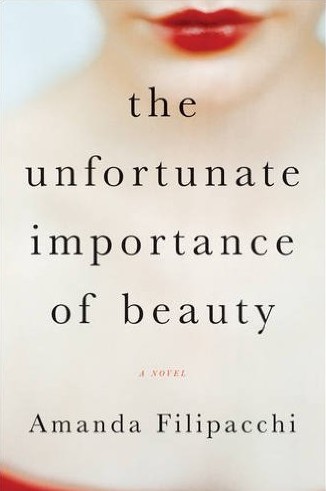 The Unfortunate Importance of Beauty – A Novel

13. The Year We Turned Forty by Liz Fenton & Lisa Steinke

This book is a tour that takes you around the lives of three women who fantasize what they have missed and when they try to regain it, they realize that these were the best choices of all. “If life came with a do-over button, could you really change your fate?”. 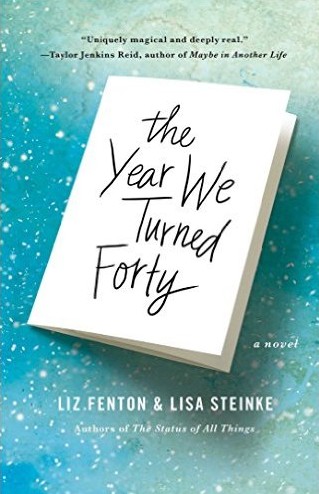 The Year We Turned Forty: A Novel

Did you find what you were looking for? Which one would be your fave pick? Do let me know by commenting below. Have fun 🙂