Mixing and matching prints and textures is always a good idea, because one should have fun with fashion. This trend is very in this season, especially, and we could see it on lots of celebs and on the runways too. June Elle also featured a cover photo shoot combining denim jacket with sheer flower-applique skirt. It’s also trendy to mix and match cotton with chiffon or distressed denim, or all together! 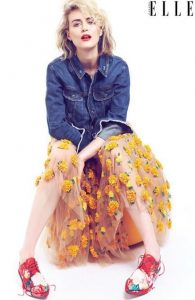 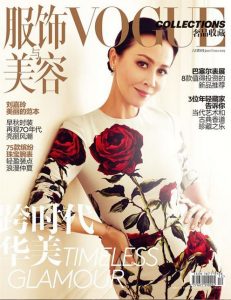 Along with printed texts that make a bold statement. This trend was seen on the runway too, starting with Chanel’s Spring Summer 2015 collection featuring the ‘Make Fashion Not War’ flap-bag. And remember Gigi Hadid wearing a cropped white jacket to the Much Music awards 2015 last month with #hadid sewn to it in bold letters? 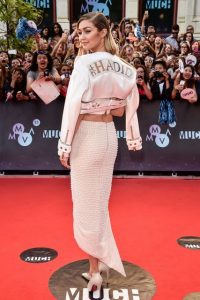 With fabrics, sheer is a major winner, whether it’s swimsuits or cocktail dresses. Denim, sequins and crochet are also very much in fashion. 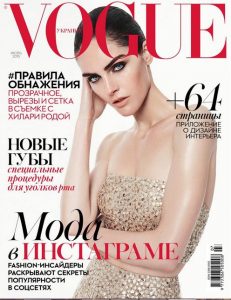 Laser-cut fabrics are huge, with dresses, and with suimwear and even shoes. We even saw some on the June covers including a laser-cut pattern dress on Taylor Swift for Glamour Netherlands and one on Sasha P. for Vogue China. 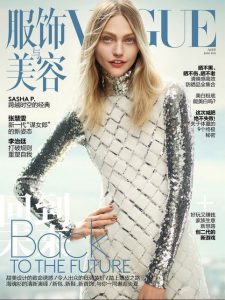 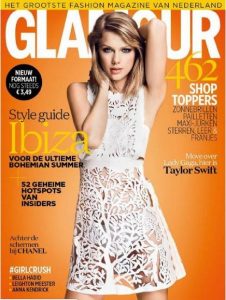 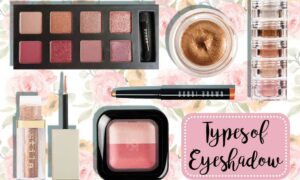