Discover my photo-shoot in collaboration with Nike to celebrate the 45th anniversary of the Nike Cortez shoe. Read all about its history and what the icon means to me!

The age of the internet makes us all indoorsy. From socializing to working, everything happens indoors. Even fitness happens indoors. The sedentary lifestyle, at times, makes our lives a little dull, which never equates to an all-rounded health. Because fitness is as much about the mind as it is about the body. 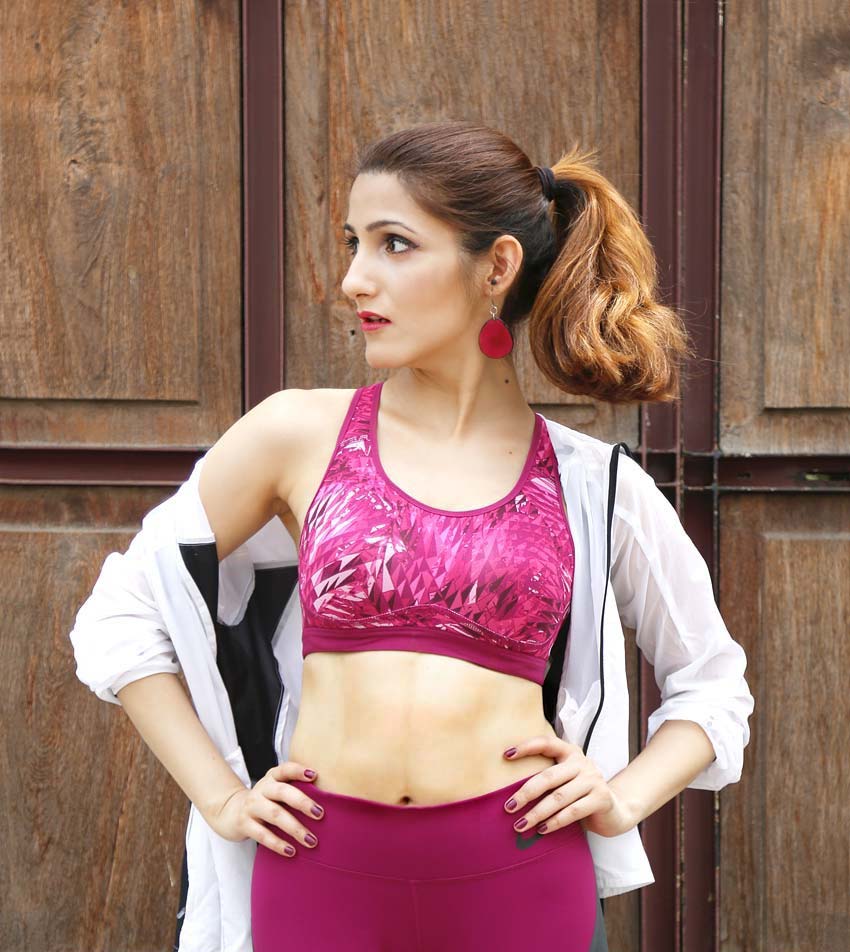 My fitness is not about the gym. Other than weight training, it encompasses running outdoors, long walks along the river, casual sports and of course, traveling. My shoe preference for these activities? The Nike Cortez. 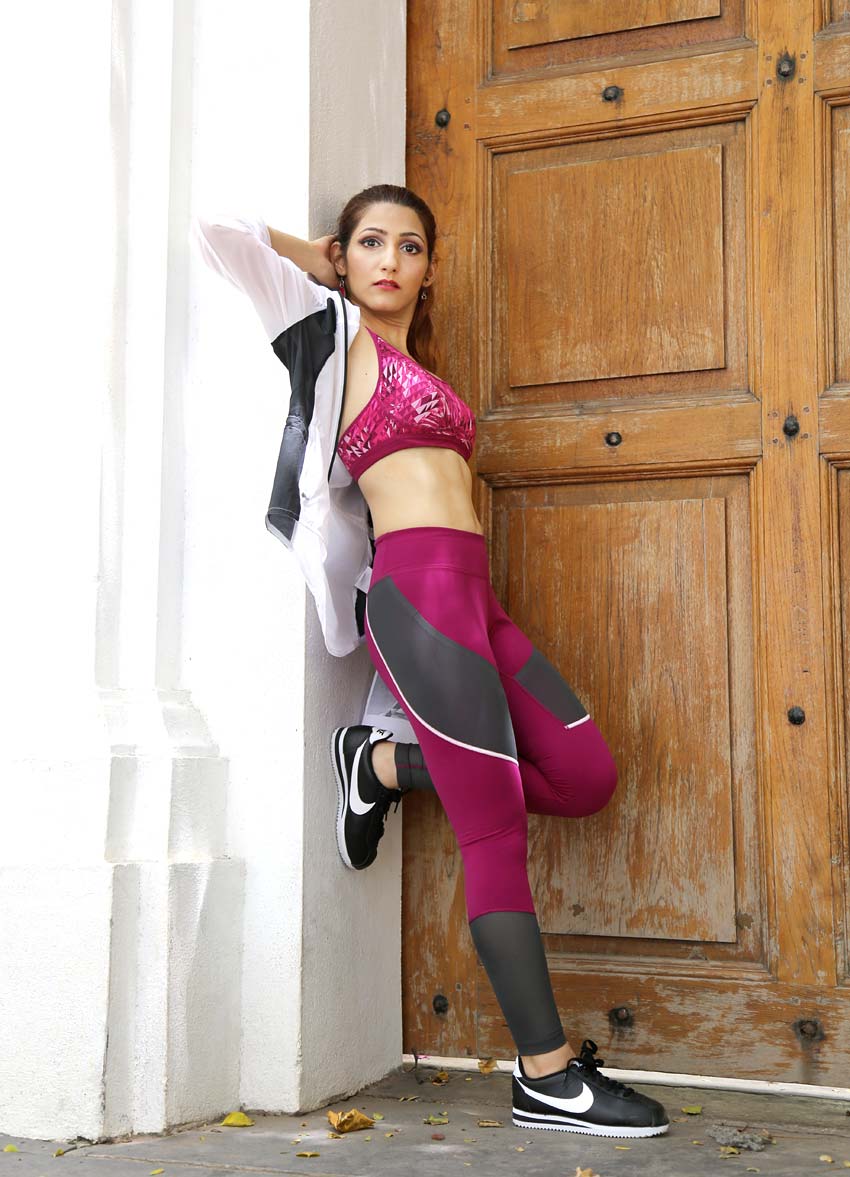 Having a much longer history than other famed Nike shoes like Air Max and Jordan, Cortez is celebrating its 45th anniversary this year. The iconic shoe was first launched in 1972, not as a hip hop street style essential it is today, but as a performance shoe for runners. Designed by Nike co-founder Bill Bowerman, Cortez was the first Nike to offer visible technology. Its midsole cushioning system provided advanced shock absorption with two layers of softer sponge rubber sandwiching a harder layer in between. This cushioning system also became an aesthetic element – the shoe’s signature trait.

The shoe was worn by athletes of the day like Joan Benoit Samuelson, gold medalist of the first Olympic women’s marathon at the 1984 Los Anglenes games and Steve Prefontaine, an American middle and long-distance runner who competed in the 1972 Olympics. From the Olympics to pop culture, Cortez made its mark everywhere, blending with both high and low fashion, both athletic and street style.

Fitness is an attitude. It’s something we feel, like a personality trait. Fitness makes us more confident, and in turn, happier. And it was this attitude that became the theme for this photo-shoot. Set in the quaint little town of Pondicherry, the pictures have colonial French architecture as their backdrop. The French quarters are lively and colorful. While the Nike Cortez stands for its history and attitude, I didn’t have to mold my style for it. Instead, Cortez went ahead and molded itself into my personal style. The athleisure trend has been around for a couple of years now. Spotted in the fashion weeks in some of the most popular designer’s collections, athleisure has become the trend du jour for everything, from airports to red carpet events.

A versatile fashion trend, athleisure has a different meaning for every wearer. Some like to take their gym wear to the streets, and others like to mix it up with other items. For me, it’s all about being comfortable, being myself and feeling good in my skin. 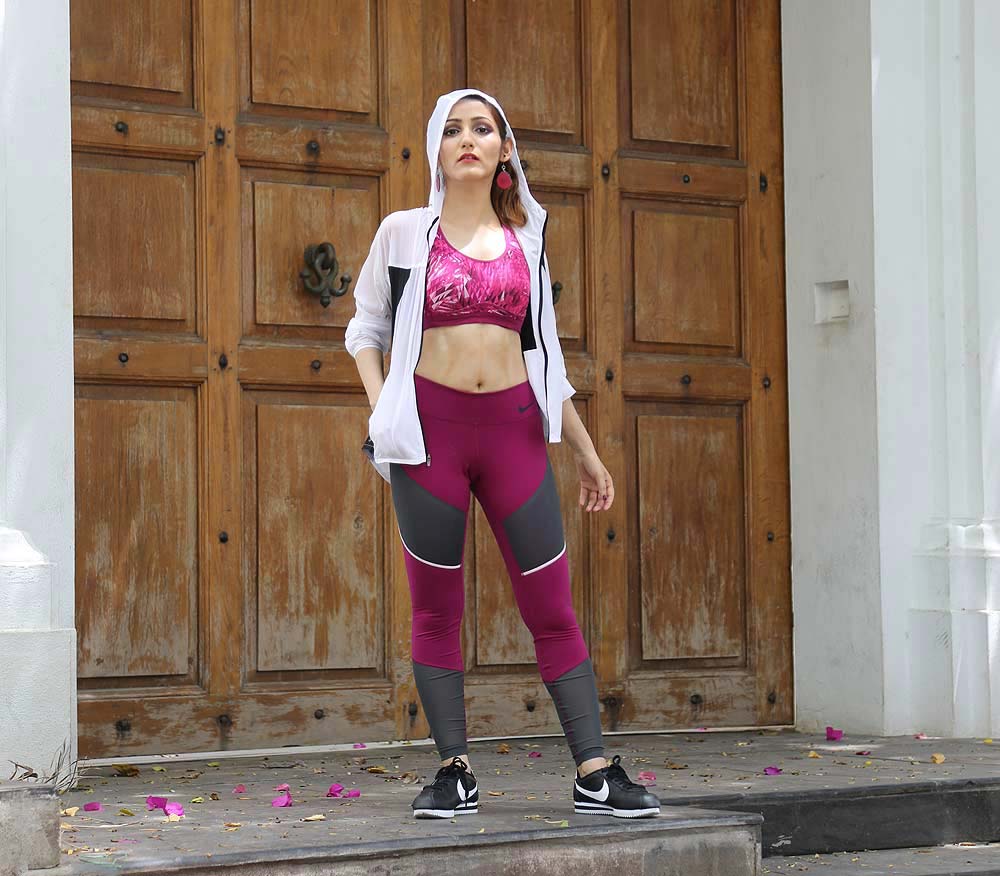 Cortez, a shoe as versatile as the trend itself, is perfect for athleisure, and for walking around town. Black is, of course, my go-to color for an athleisure shoe. Comfy and structured, this shoe is made for whatever you’re in the mood for! 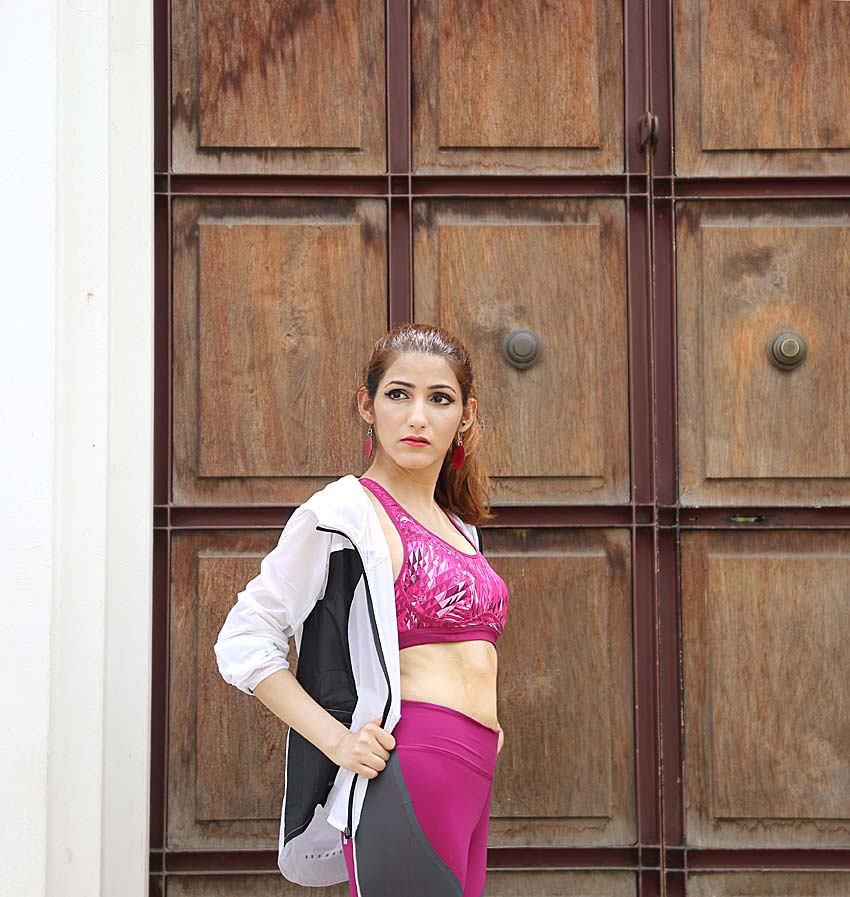 I teamed up my shoes with a bright matching set to contrast the shoes – a purple sports bra with graphic print and color-blocking jogger pants with mesh panels. These Nike women’s wear items combine some of the chicest style trends of this year. A light white hoodie jacket completes the look and brings on the attitude… … Or the fun! As I said, it’s perfect for whatever I’m in the mood for! 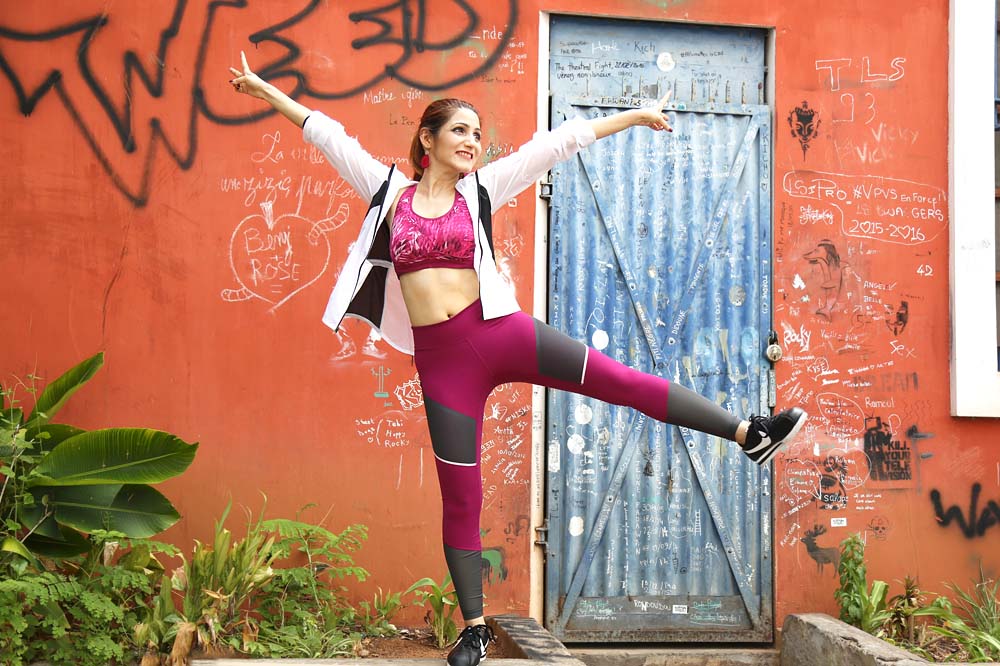