From theories about the Black Hood to what happened at Thornhill the night of Clifford’s death, here are 9 crazy Riverdale fan theories from season 2! 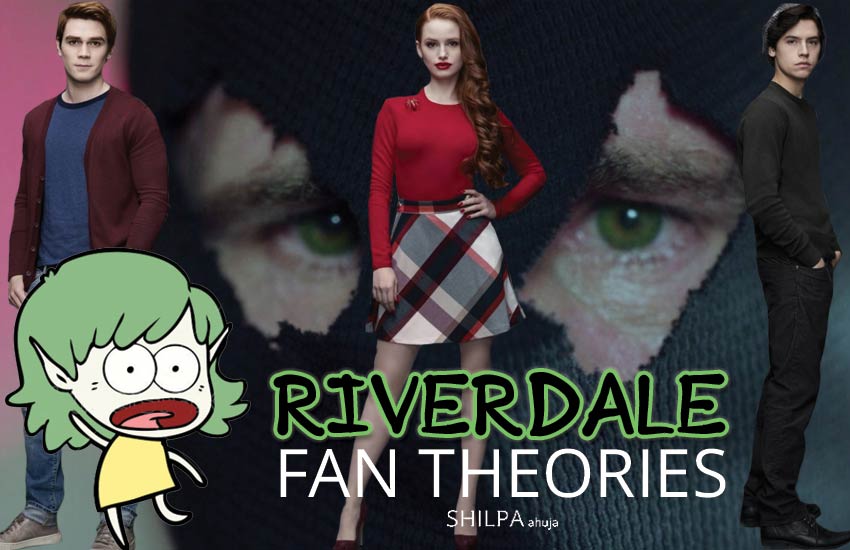 Season 2 of Riverdale is a suspense-filled one for sure. It’s no longer just a binge-worthy TV series for me, my entire life revolves around this show now! And there’s so much going on, I can barely keep up! Firstly, we don’t know who the masked killer is and why he’s so obsessed with Betty. Secondly, what are Hiram and Hermoine up to? They’re like a less creepy version of Penelope and Clifford Blossom. Thirdly, what’s going on with Betty and Jughead?? Are they back together or not? I don’t have the patience to wait for a whole other week to find out.

And in an interview recently, KJ Apa (how drool-worthy is his sexy New Zealand accent though?) hinted that there might be some trouble headed towards both Riverdale couples. I honestly couldn’t care less about Varchie (Varchie fans, please don’t kill me) but Bughead! Please do not make this happen for the love of God!! Stop making TV shows so frustrating and complicated!! Like isn’t reality hard enough to deal with already? Add to that the agony of waiting for one whole week for a new episode. God! I can surely wait a week to see Cheryl and Veronica’s fashion but it’s almost impossible to wait to see where the plot heads.

Can Jughead just leave the Southside already? And can the Black Hood please do me a favor and kill Toni somehow? I feel like she might get out of jail and try to steal Jughead back and I’m not okay with that!! I don’t trust her!

Shilpa says that Riverdale season 2 is gonna see the end of Bughead and Varchie, which I’m praying to God does not happen! And if at all Bughead ends, is it the beginning of Barchie (it even sounds terrible)? Where does that leave Jughead and Veronica? Together? I hope not! It’s impossible to even picture them like that. It reminds me of when Blair and Dan were together – so weird and so wrong! I’m gonna be super disappointed if that were to happen. Riverdale writer, don’t this to us. Just remember, there are thousands of Bughead fangirls’ hearts at stake. And I hate you, Shilpa, for putting the stupid Vughead and Barchie theory in my head!

Leaving Bughead aside, I think there are bigger questions to be answered. Who is the Black Hood and why is he doing what he’s doing? Here’s 9 absolutely crazy Riverdale fan theories that observant Riverdale followers have come up with. Some are logical and others are absolutely crazy. Let’s check ’em all out!

1. Clifford Blossom is the Black Hood 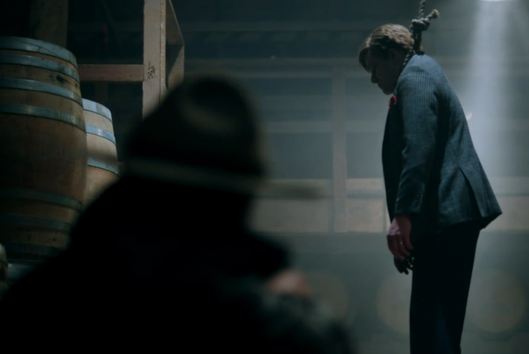 This Riverdale season 2 theory by Olivia Sangster on YouTube has got to be my favorite. She says that the Black Hood is none other than Clifford Blossom. She reckons that Mr. Blossom faked his suicide and went into hiding and Sheriff Keller was paid to pass it off as a death.

While it’d be such an interesting and unexpected twist, I kinda hope this isn’t true ’cause we don’t want the same killer season after season, do we? Plus, he doesn’t really have any motives to go after Grundy, Fred and Polly. Or does he…?

Many Riverdale fan theories claim that Betty’s estranged brother, Chic, who is yet to make an appearance on this show, is the masked killer. At first, this sounded like a good one to me and quite believable too. But when Betty asked the killer if she would recognize his face, he said yes. How is that possible is Chic Cooper has been MIA all her life? Unless… the brother is someone we already know. Sweet Pea, perhaps? (What kind of a name is that?! XD) But the actor who’ll play Chic has already been cast, so I don’t know anymore! Okay, seriously. What’s with the names on this show? Why do all the Southside Serpents have such ridiculous names? They’re a badass criminal gang for god’s sake! Anyway, Ivey F’s Riverdale fan theory YouTube video suggests that he’s the ex-husband of Ms. Grundy (Am I the only one who celebrated when she was murdered?) and also the Black Hood.

Although it’s an interesting theory, it seems quite unlikely to me. I mean, I get why he would want to kill Ms. Grundy but he has zero reasons to target Fred, Polly or Midge and Moose. Also, I’m sure he doesn’t know anything about Betty as much as the Black Hood seems to. But yeah, Tall Boy could still be the killer even without being Grundy’s ex.

4. Hal Cooper is the Black Hood This is the one of the Riverdale fan theories that most people including myself have been speculating. He’s the closest match to the physical description of Black Hood. It may be quite an obvious one but he’s been a complete no-show in Riverdale season 2. I don’t even remember the last time I saw him. Who else would know where Polly is and have access to Alice’s old mugshots?

This Riverdale season 2 theory is the most believable and logical in my opinion. However, it still doesn’t answer the question of why he would want to kill Polly, his very own daughter. My friend says that killing Polly was never his intention and he was actually trying to throw Betty off. If he wanted Polly dead, he would have just done it without asking. Which means he didn’t want to. He was surely looking for someone else to kill. This Black Hood theory makes perfect sense to me. A classic case of a deranged overprotective dad. But Shilpa sugggests this theory might be a no-go because going down the path of a Riverdale parent being the murderer seems repetitive this season.

Another one of Olivia Sangster’s Riverdale fan theories is that Clifford was murdered by his own daughter and wife. She also says that Cheryl threatening her mom not to tell anyone “about what really happened in the barn”, might mean they had something to do with his death.

I think this one’s highly probable. So if at all he’s dead (which I seriously doubt), it’s because he was murdered by his wife and daughter and they staged it to look like he killed himself. The stage of the death was also strange for being a suicide, ’cause we saw no stool or ladder from which Clifford could have climbed to hang himself. That family is so psychotic, I wouldn’t be surprised if this theory was true.

6. Sheriff Keller is the Riverdale Killer He’s been on my suspect list since the start of Riverdale season 2. And let’s be real. Riverdale’s so-called Sherrif is doing a terrible job at keeping his town safe. How hard is it to catch one guy? I’m sure Riverdale’s not that big of a town. If he actually made some effort (which he’s clearly not!), the Black Hood would now be behind bars. Speaking of, when the sugarman was in jail, who else other than the town’s police would be able to get into it? Other related Riverdale fan theories on Reddit say that Sheriff Keller is Betty’s biological dad and Kevin’s her brother, which is a possibility but I don’t want it to be true. 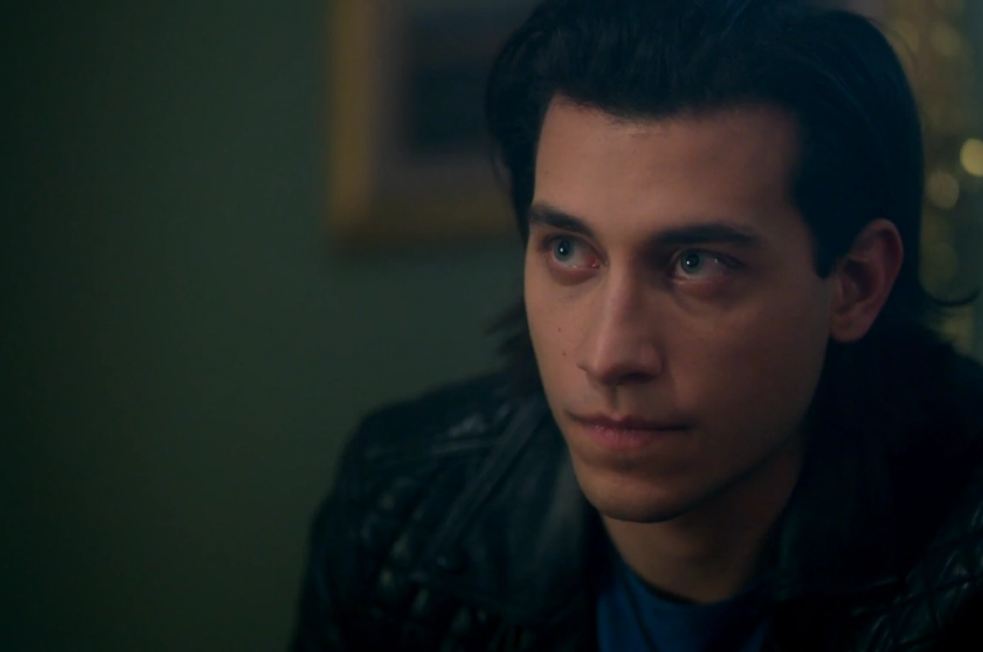 A Reddit user, RandomFranticAction, posted this Riverdale theory that left me mind-blown! The theory states that Joaquin is actually the baby that Hal wanted to abort and FP is the father. And it’s also why FP tells Alice “Snakes don’t shed their skin easily” in season 1 of Riverdale. Which means Joaquin is Betty’s brother!

Why didn’t I ever think of that?! But what bugs me (pun intended) is that Bughead would also become kinda sorta brother and sister if this theory were true. Yikes! 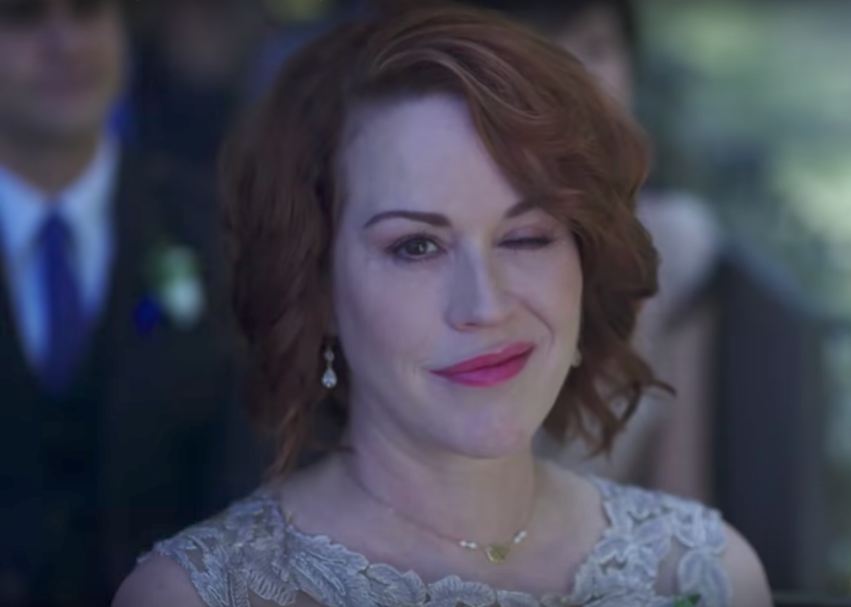 Why oh why isn’t anyone talking about this crazed woman? Shilpa suspects Mary has something to do with the Black Hood because what mother would not want to check up on her husband and son with everything that’s been going on in Riverdale.

Although this never crossed my mind, I’m now thinking it’s a huge possibility. She made a short appearance in the first season and vanished almost immediately. Everyone’s accusing Hermoine Lodge of being a bad parent when actually it’s Archie’s mom. Why was she being so secretive when she got back in episode 1 and why was she winking in Fred’s reverie? Even after Fred was shot and Archie Andrews was beat up, she does nothing. And what loving mother would let her son keep befriending a Southside Serpent? Seriously, Mary, it’s a result of your bad parenting that Archie bought drugs and a gun.

9. Dark Betty is Working with the Black Hood 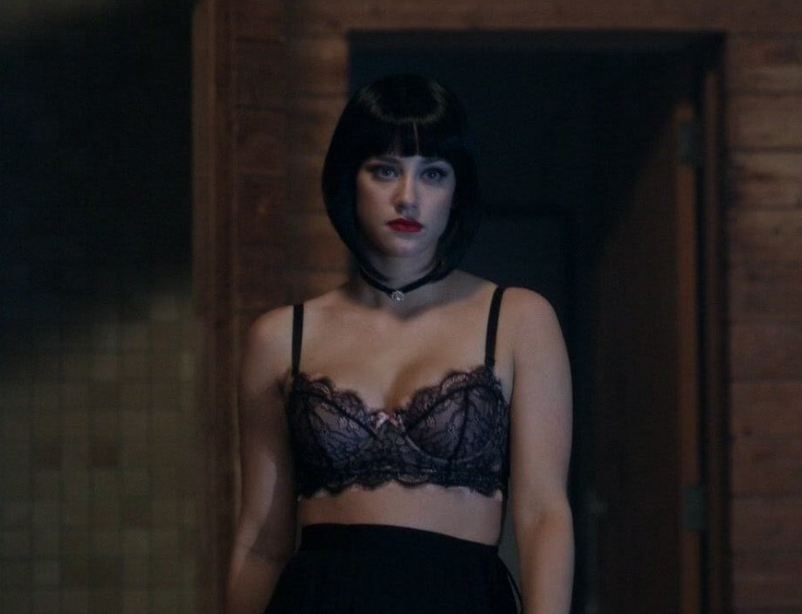 This one’s by Lewisfilm, who makes a lot of videos about Riverdale season 2 fan theories on YouTube. He revealed this crazy Riverdale theory that I’m totally into. What it states is that Betty actually has Schizophrenia or some split personality disorder and she’s either imagining all the calls or she’s simply plotting with the Black Hood herself. So, we may be seeing more of Dark Betty, which is what everyone wanted for Riverdale season 2 anyway.

I think this theory is a bit extreme but to be fair, Betty has been acting super weird in the past few episodes. Her last conversation with the Black Hood honestly creeped me out a little.

Another similar theory by dahuterschuter on Reddit is that Betty’s dark side and Chic Cooper are working together and terrorizing the town. While these Riverdale fan theories are all so interesting, they’re also giving me a massive headache. From the start, I always knew there was something off about Cheryl and her brother’s relationship. Just couldn’t put my finger on it but Smurfvlog’s Riverdale theory on YouTube gave me answers. He says that the opening scene in Riverdale was a bit too romantic (and I agree!) with them holding hands, looking at each other longingly and ‘Tell Me’ by Johnny Jewel playing in the background.

My thoughts on this theory are that this could be a 100% true ’cause no siblings are that close. His theory also reminded me that Cheryl once said that ‘JJ’ is her soulmate. C’mon now! Either Cheryl was adopted or they’re way too close. And for some reason, lately, I’ve been thinking that Jason Blossom is still alive. Sounds pretty absurd, I know. But anything can happen on Riverdale.

So those were the best Riverdale fan theories for season 2. What are your thoughts? Do you have any theories of your own? Tweet us @shilpa1ahuja and let us know!

You may also like:
– The Ultimate Riverdale Fashion Face-Off: Veronica Lodge vs. Cheryl Blossom!
– Riverdale Season 2 Episode 4: 17 Questions We Need Answered
– Popular TV Shows to Watch: 7 Awesome TV Series for Guys
– 13 Best Girly TV Series You Need to be Watching Now!
– Infinity War: What’s Happening in the Next Avengers Film? We Have a Hunch