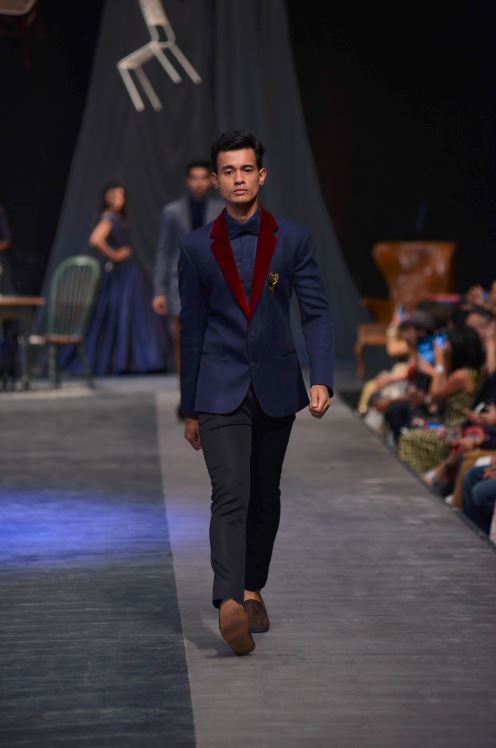 An assortment of chairs and tables of random designs hung from the ceiling, above a grand runway. Most of the runway acted like a stage, where plush high-backed chairs lay in small groups next to Arabian rugs. At the corner was a grand piano. A live jazz band played to set the mood for ‘The Gentlemen’s Club’. Suspending the not-so-plush chairs from the ceiling to create a luxury club suggests elitism. It’s as if Manish Malhotra wanted to remind us that his client list prefers the culture of exclusion and not inclusion.

The menswear collection included ethnic and western silhouettes – from suits to sherwanis. The pieces encompassed slim pants paired with jackets, bundhgalas and embroidered sherwanis with trousers. The fabrics were rich – velvets and silks. The color palette is much more muted than what we saw in the womenswear collection earlier this month. It was made entirely of navy, charcoal, emerald, deep burgundy, mocha and midnight blue. Embellishments included embroidery in gold floral motifs.

“It’s as if Manish Malhotra wanted to remind us that his client list prefers the culture of exclusion and not inclusion.”

One ensemble was a cross between the dinner jacket and a business suit (above) with burgundy velvet lapel and was a real charmer – a style that gained popularity in North America in the 90s. Bollywood actor Ranbir Kapoor was the showstopper and walked the ramp in a burgundy suit in velvet paired with a tie-less printed collared shirt in carbon grey. The showstopper outfit was a much-too-familiar eccentric Hollywood meets red carpet combo. Although the lapel rose in gold was a big saving grace! 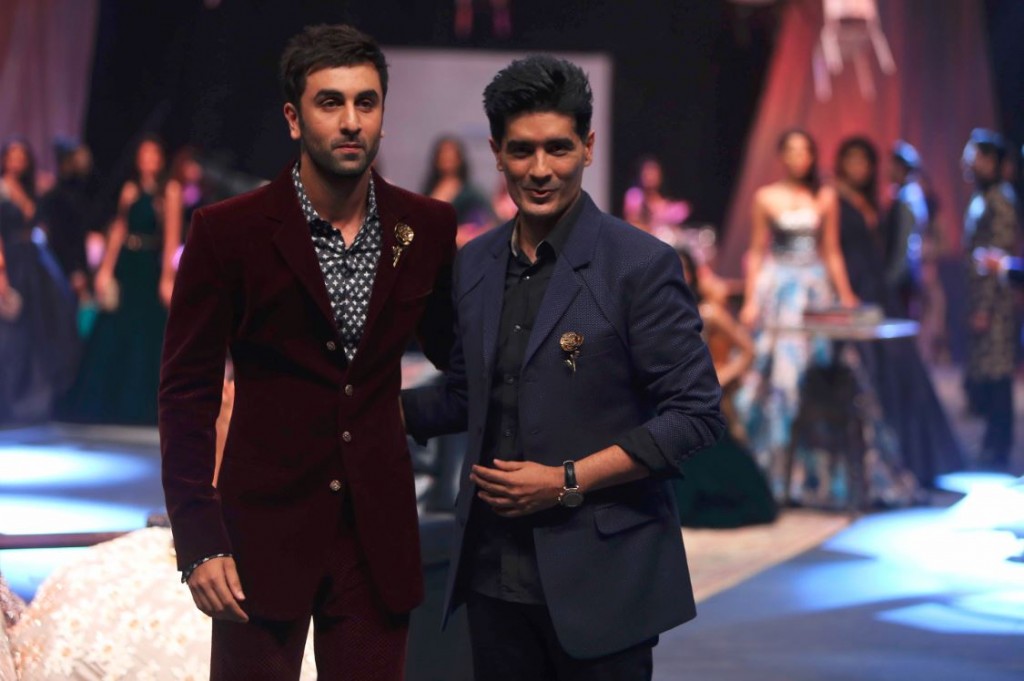