From Kurt Cobain and Johnny Depp to Jared Leto and Chris Hemsworth, check out the best male actors with long hair below! 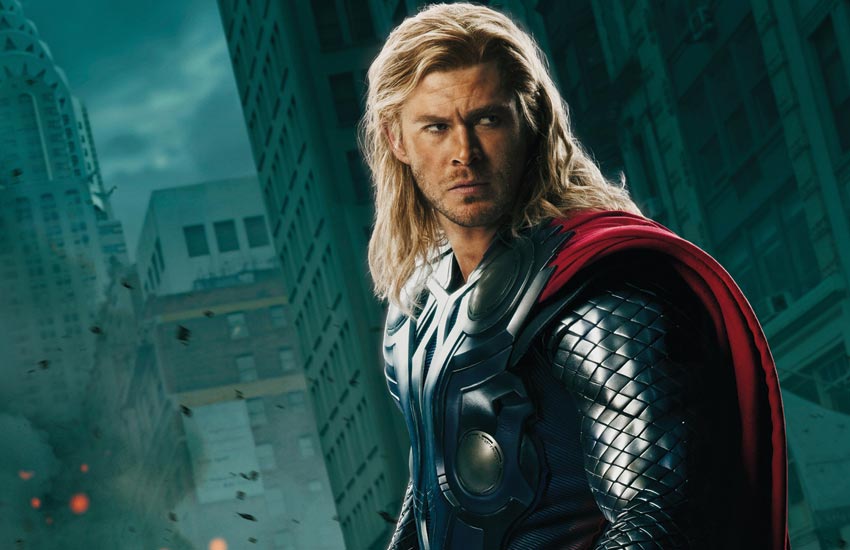 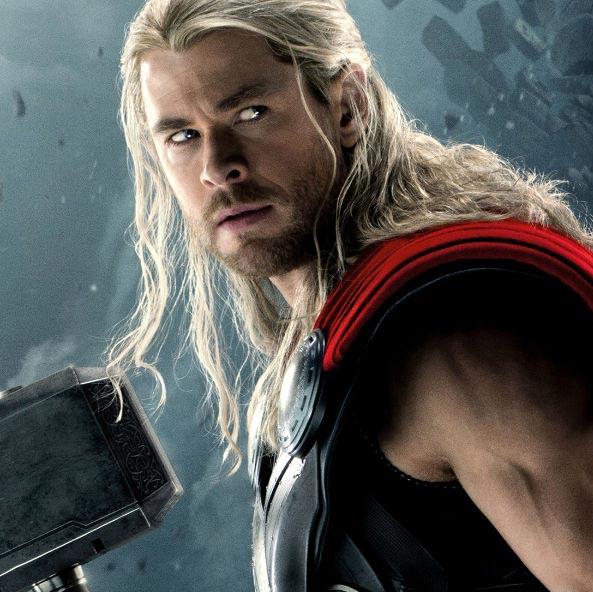 I think we can all agree on the fact that no one could have played a better Thor than Chris Hemsworth. And if there’s anything I love more than the movie itself, it’s his messy yet gorgeous blond long locks. And I was almost sad to see it cut off in Thor: Ragnarok. I say almost ’cause the short style on him is just as sexy! 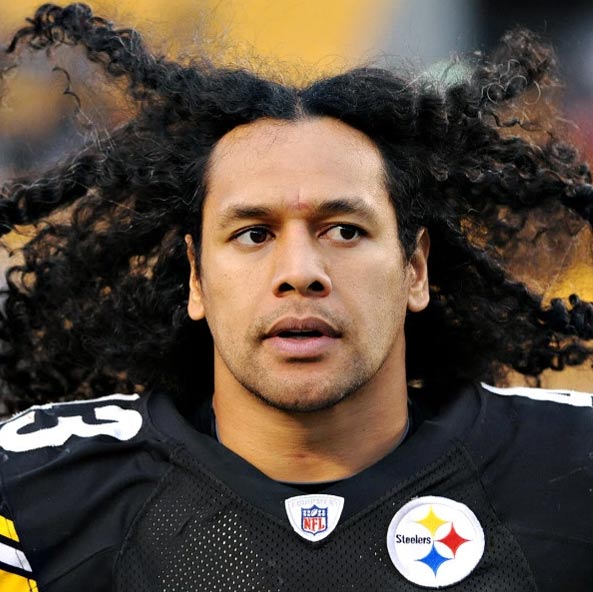 One of the many famous men with curly hair, Troy is an ex-NFL player. He may not be an actor per se but he has voiced for movies like Moana. Despite being a popular and talented sports personality, his voluminous and wild long hair is what he’s best known for. You know the hair is important when there’s a whole separate section on his Wikipedia page dedicated to just his hair! And not only is his hair insured, but it also holds the Guinness world record for the highest insured hair. 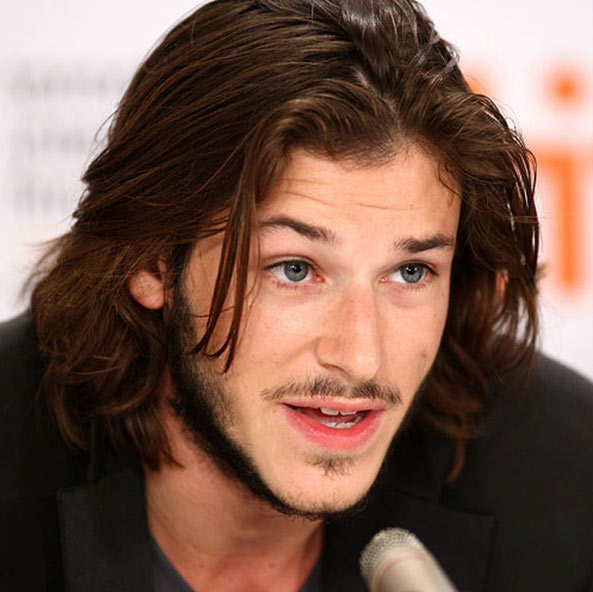 Model and actor, Gaspard’s effortless and unique bedhead style shoulder length hair looked so good on him that I always hoped he’d never cut it off. But unfortunately for all of us, he did. However, he manages to pull off any hairdo so I guess we can’t really complain. 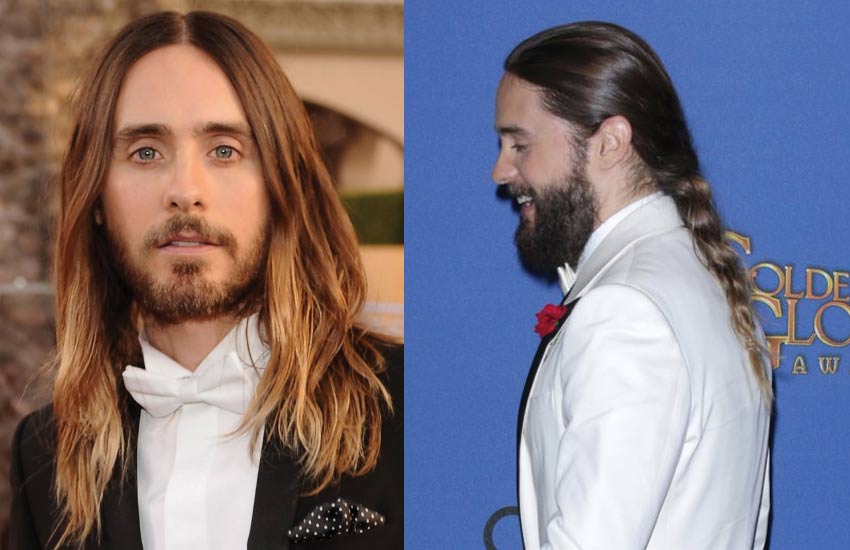 You can’t have a list of male actors with long hair and not include Jared Leto. He’s had long straight hair ever since the 90s when Thirty Seconds to Mars were popular. He’s also very experimental with his long locks. From rocking a red ombre to introducing the man braid, he’s done it all! If you’re looking for long length hairstyles for men, I’d recommend checking out his cool hairdos. You might know him as the bald man that betrayed Tony Stark in Iron Man. But he’s also very well known for his long salt and pepper bro flow hairstyle, which he grew out some time later and is still rocking. 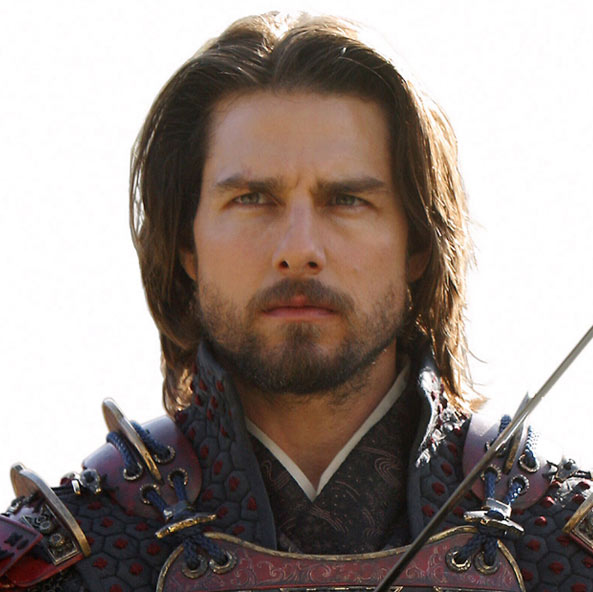 Although, this actor never had hair as long as some of the others on this list of best celebrity hairstyles, it’s still memorable. The actor grew out his hair for his 2003 movie, The Last Samurai. This one was, in fact one of the best men’s straight long hairstyles. But sadly, soon after the release of the movie, he chopped off his long hair and switched to short silvery grey hair for the movie, Collateral. 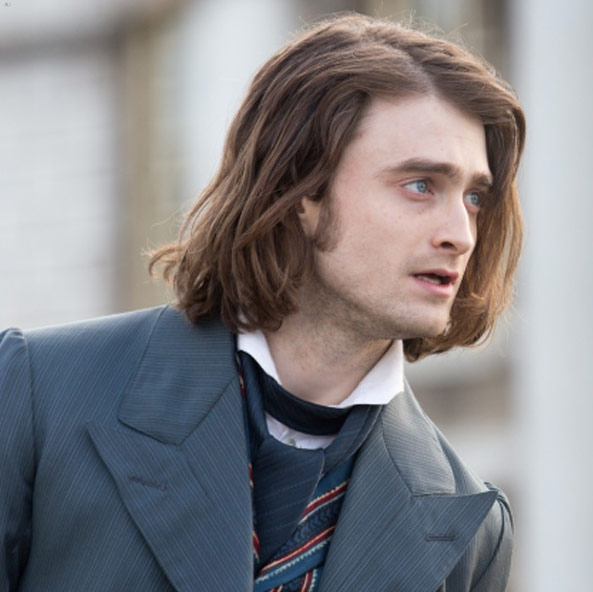 Daniel grew out his hair for the first time ever for the movie, Victor Frankenstein and I’m quite indecisive on whether I like his long hairstyle. This floppy and long hairstyle ending at the chin is by no means a bad hairdo. But the potterhead in me can’t see him as anything other than short-haired Harry Potter. 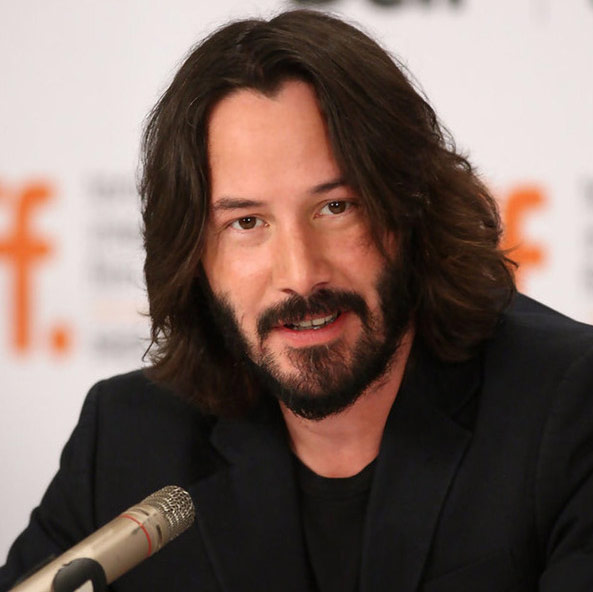 Another one of the male actors who sports a bro flow hairdo is the Matrix star, Keanu Reeves. Give John Wick and 47 Ronin a watch to see the long hair in all its glory. 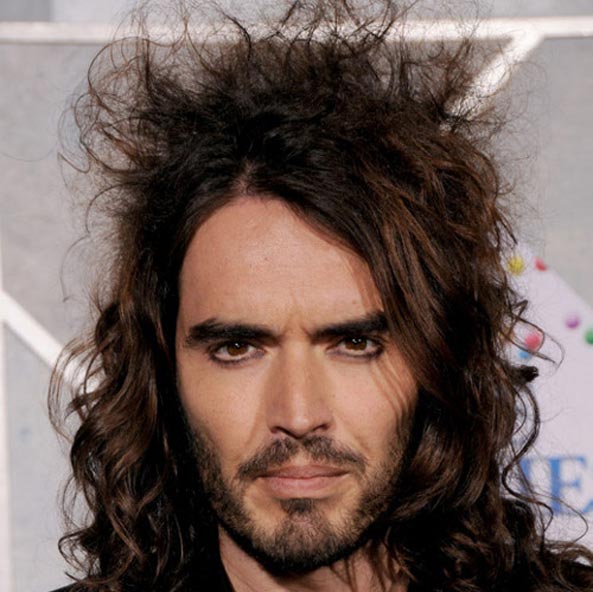 Actor, comedian and ex-husband of Katy Perry, Russell’s hair was always referred to as the worst male celeb hairstyle. What with the unruly and untamed bedhead hair he used to sport. He always looked like he’d literally just rolled out of bed and showed up on the red carpet. Having said that, I don’t think it’s all that bad. On him, atleast. He has a weird and quirky personality and his long hair matches that perfectly. 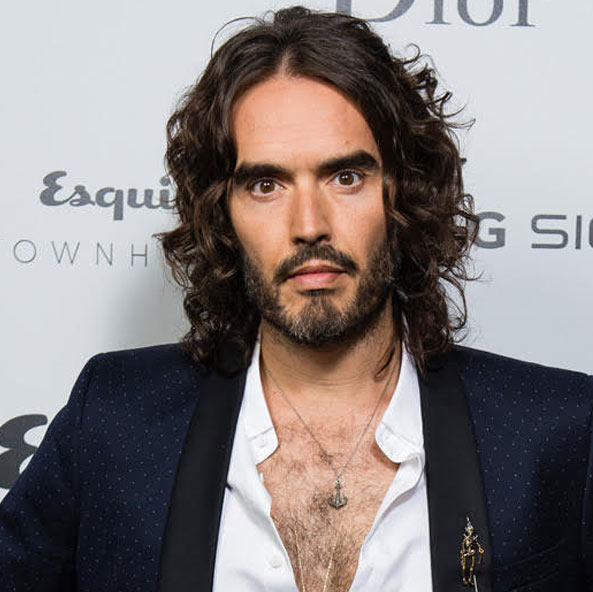 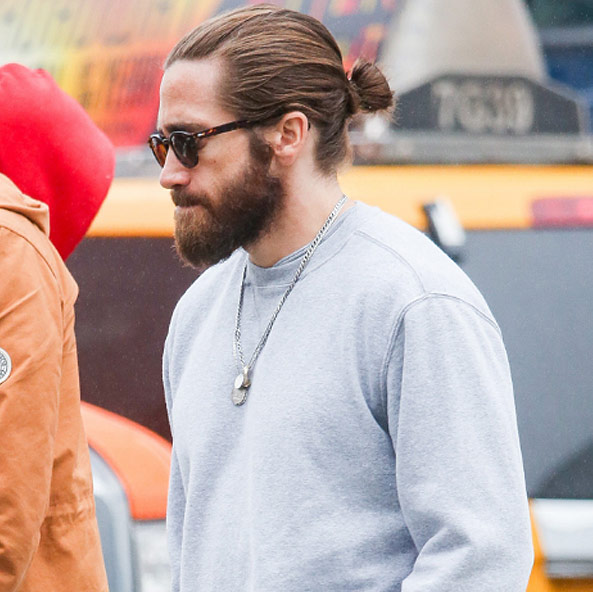 No one, I repeat, no one can rock a man bun like Jake can. His messy bun always looks like he puts zero effort into it but it’s oh-so-hot! He may not have the long hair anymore but there’s always movies like Prince of Persia and Everest, which you can watch to admire his long locks. 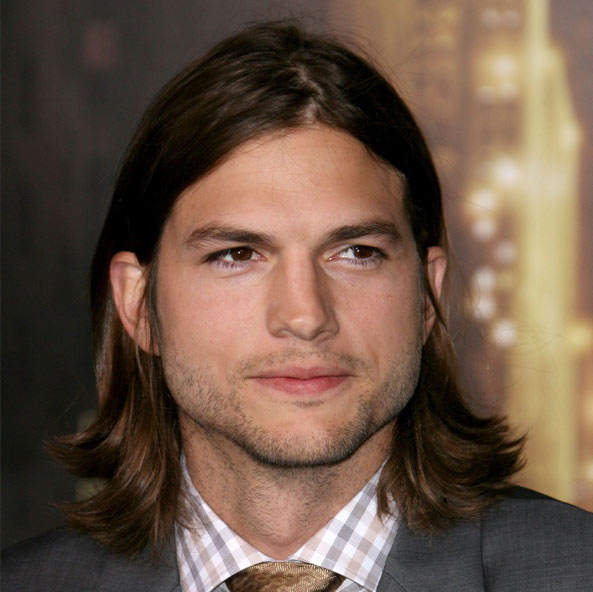 I can’t be the only one who doesn’t like this actor’s tucked-behind-the-ears surfer hairstyle. It’s not really a bad hairstyle but it just doesn’t look right on him. Brad Pitt had the same hairdo and damn, did he pull it off with ease. It also bothers me how Ashton never parts his hair evenly. Sorry, Ashton but you should just stick to short hair. 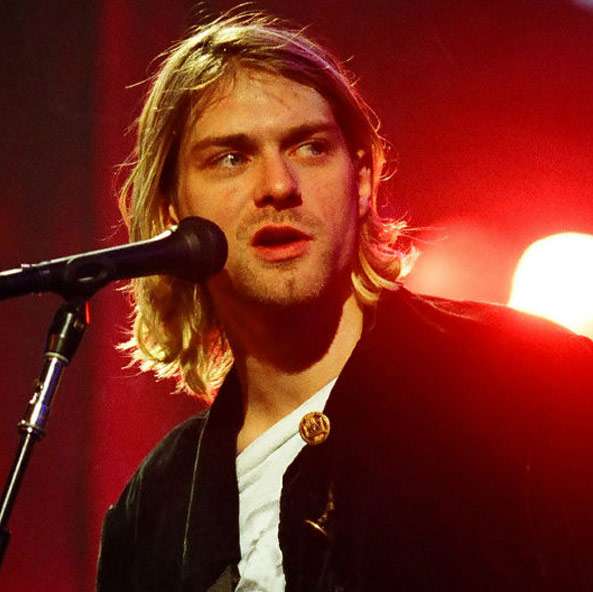 Kurt Cobain’s hair will forever be as iconic as his music. His dirty blond center parted hair was super popular during the grunge era. And it’s still one of the most popular men’s rugged hairstyles. I could go on and on about him but let’s just say he and his hair are legendary and stop at that. 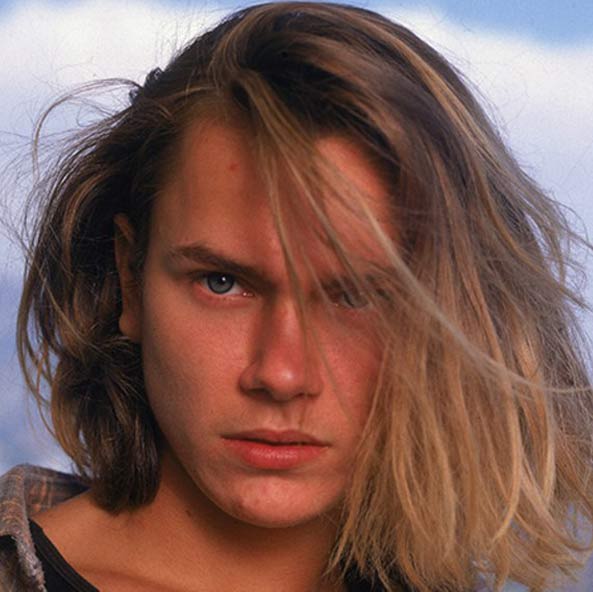 This 80s film star is yet another one of the popular male actors with long hair. With messy shoulder length blond hair similar to that of Kurt Cobain, his skater boy look was loved by all. His early and tragic death caused by drug overdose in the 90s came as a shock to everyone but come 2018, his famous hair is still talked about. 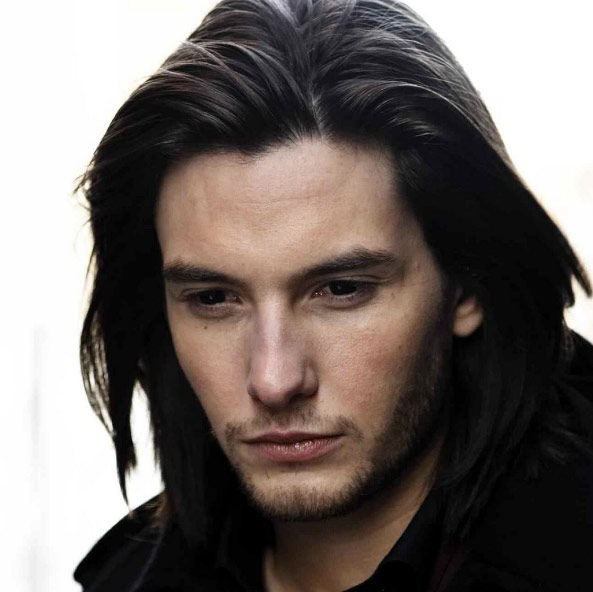 Never have I ever seen anyone who looks amazing no matter what type of long hair style they sport. This actor’s tried all sorts of lengths and types and I don’t know how or why but he manages to look like a Greek god every single time. Here’s another one of the famous long hair men in Hollywood. The Batman actor’s very experimental with his hair and is constantly providing inspiration for long hairstyles for men. 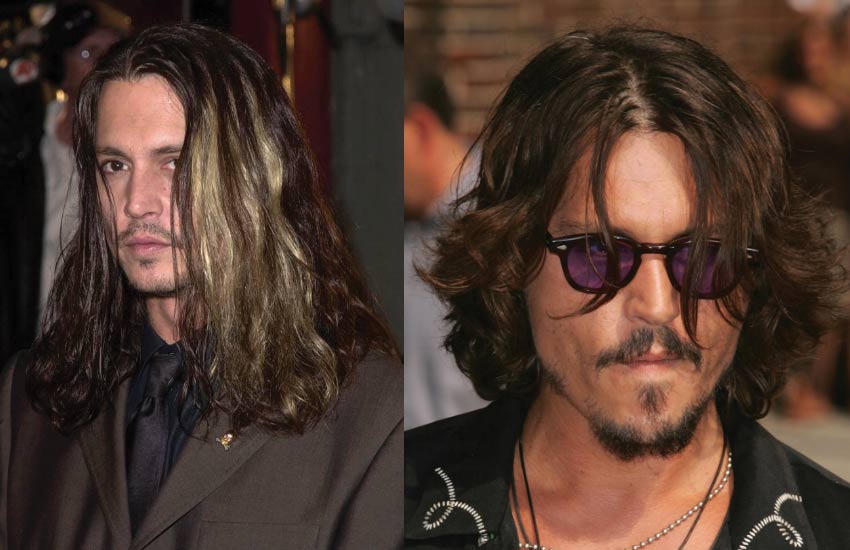 From his 90s grunge style phase and Willy Wonka days to some of his recent movies like Alice Through the Looking Glass, the actor’s tried so many unique and cool long hairstyles. So many that we could write a whole other article on it. But of recent, he’s had shorter styles and all I can do is hope he brings back the long locks soon. 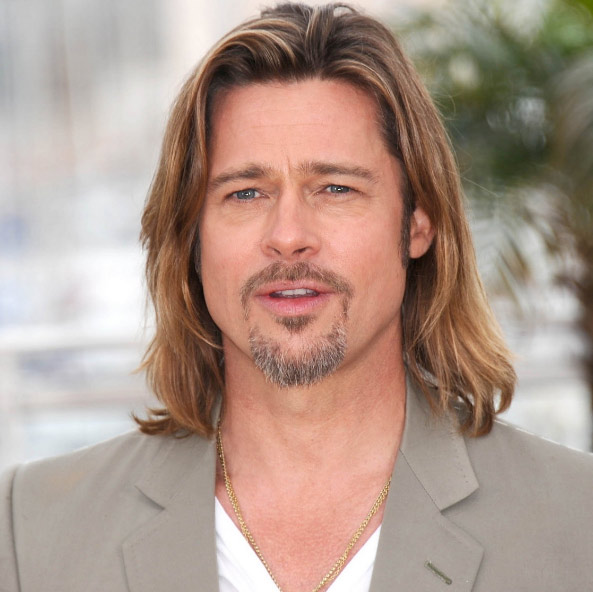 One of the most famous men’s haircuts of all time would have to be Brad Pitt’s shaggy blond long hair. And whether he wears it loose or tied into a pony, he always looks dashing! 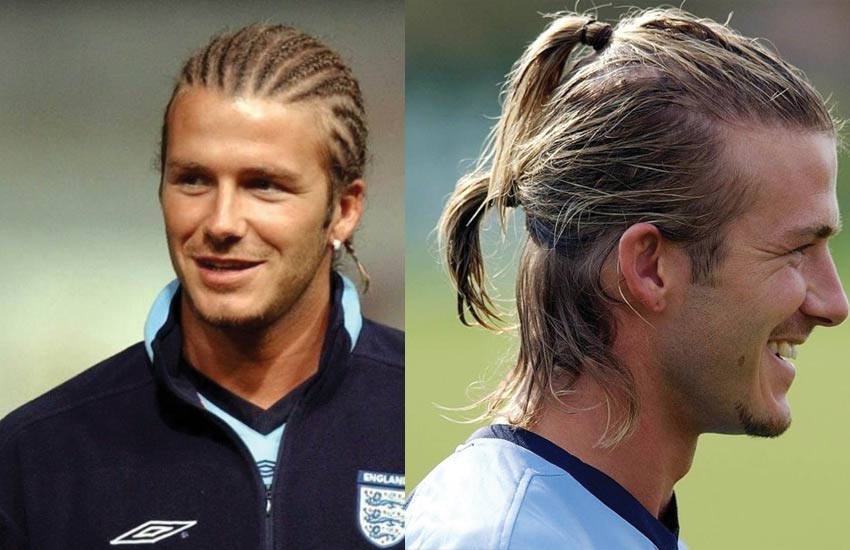 David Beckham is easily one of the most famous men with long hair. He never sported the long hairdo in any of the movies he’s acted in but on the field, he always rocked it. In so many different ways, from cornrows and man buns to double ponytails!

So that was all about male actors with long hair. What did you think about these famous men’s haircuts and hairstyles? Tell us by tweeting @shipa1ahuja!