From Matt Damon to Enrique Iglesias, celebrities go through issues like hair loss, too. Read all about the Jude Law hair controversy and other similar celeb stories below! 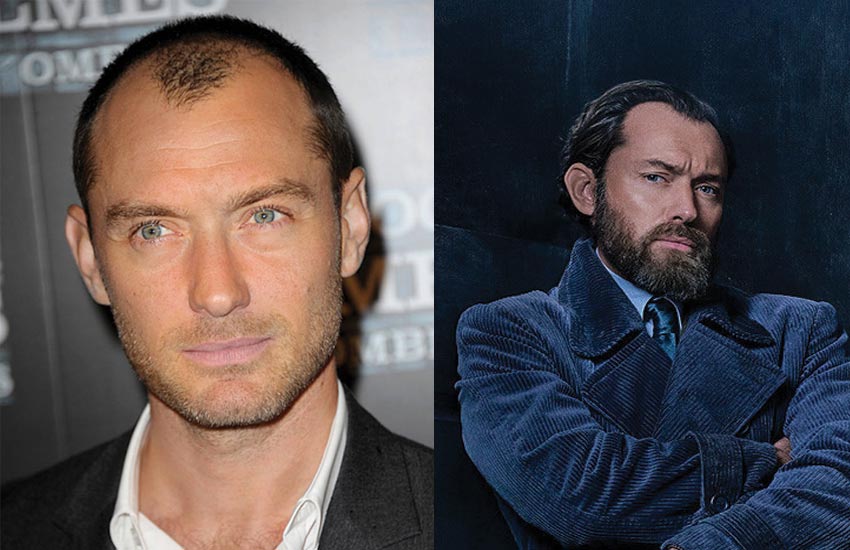 Popular British actor, Jude Law, known for his roles in The Talented Mr. Ripley & Anna Karenina and his super stylish hairdo, went through some hair loss issues years ago. He appeared on red carpets and at events wearing caps and hats to conceal his receding temples, which he later started embracing. ‘Cause it’s nothing to be ashamed of! This problem that arises due to hereditary reasons or health issues, is quite common in both men and women, alike.

So if you’re someone that’s struggling with hair loss, scroll down to see some images of male celebrities with thinning hair. But do remember that a receding hairline and thinning hair isn’t a bad thing. At all. Whatever you’ve got, rock it confidently!

The Jude Law hair controversy is a popular topic of discussion, as celeb gossip sometimes becomes. Back in the 90s, Jude Law’s chic hairstyle was adored by his female fans and copied by his male ones. Read more about the popular 90s hairstyles here. But once he hit 30, it was obvious that he had a receding front hairline. He even experimented with lots of different hairstyles like volumized and messy bedhead styles to hide his balding hairline. He had prominent bald patches, which he hid under hats and beanies. Which he didn’t have to do. In fact, he was voted sexiest man alive by People’s magazine – diminishing hairline and all. And if you ask me, his balding hairline doesn’t affect his sexiness the slightest bit. And somehow, a year later, he was spotted with all or most of his hair restored. However, we never heard any official confirmation from the actor on whether he got a hair transplant or tried any natural hair restoration solutions. So we can’t be sure how he got it back but we sure can speculate like everyone else! For all we know, Jude Law hair implants might not even be a thing. It could be because of dietary changes, medications or like Shilpa says, he got touched by the top of a magical fairy’s wand! 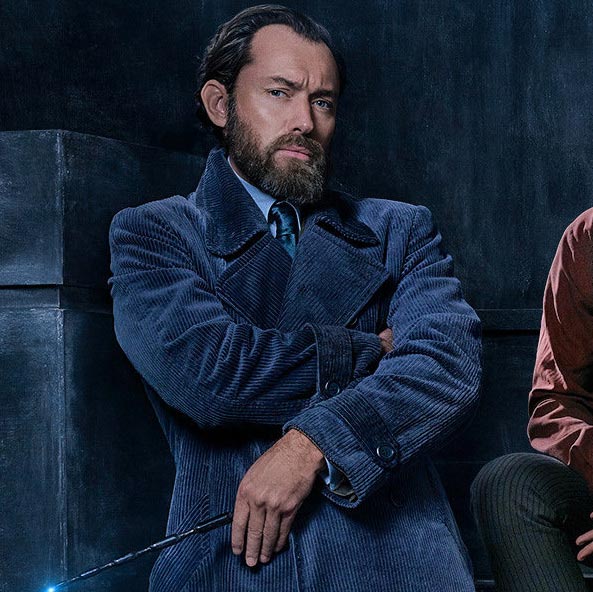 He was most recently been seen in the role of Albus Dumbledore in the trailer of Fantastic Beasts: The Crimes of Grindelwald, which is a part of the Harry Potter franchise and due to release in November, 2018.

Also read: Fantastic Beasts and Where to Find Them: A Look at 1920s Fashion

Celebrity hair transplant is one topic that will always be talked about, perhaps because hair loss has traditionally been considered an unattractive thing. But it’s a natural part of growing up and it’s high time we stop regarding ageing as any less beautiful than youthfulness. So check out some overly discussed famous hair transplants below.

Similar to the Jude Law hair drama, this actor faced a lot of speculations too. Brendan Fraser’s floppy hair in The Mummy series that always seemed to cover one eye was one of my faves. But later on, he began to have visible bald patches as well as a balding crown, which many people believed was due to health issues. The last we saw him, he’s got most of it back. Don’t ask us how, we don’t know.

Ever wondered why this famous singer with a ridiculously hot accent from Spain always wears a baseball cap? ‘Cause he suffers from hair loss, too. There’s a lot of difference between some of his recent images and pictures from his Bailando times. And that’s how common and normal it is. It’s time we stop looking at it as if it were a bad thing. ‘Cause if Enrique can have it, anyone can!! In his more recent videos, people say he got his balding hairline fixed and all I’ll say is, it doesn’t matter.

It’s no lie that Matt Damon had receding and thinning hair and it was pretty evident in Interstellar and The Martian. He’s another celeb that has embraced their natural hair. He even admitted to wearing fake extensions in his movie, The Great Wall and at press conferences for the same. Two years later, he still has the same hair, only it’s turned grey, as seen in his most recent movie – Unsane, and is balding gracefully. So I guess we can all agree he’s not had any hair plugs. And, if you have balding long hair, check out his super hot ponytail look from The Great Wall for inspiration.

I appreciate this comedian for not trying to cover up his bald spot and receding hair every time he was on the red carpet or on screen. His hair loss became more noticeable in The 40-Year-Old Virgin, which was about 12 years ago. He’s currently rocking a side parted salt and pepper look, which we saw at the Golden Globes this year.

One of the young balding celebrities, Chris Martin is another person who received theories and speculations like the Jude Law hair debate. Ever since I started listening to Coldplay, I noticed the band’s lead singer’s hairline. And honestly, not once did I think it made him unattractive. If anything, it made him look more human. Fast forward to a couple of years later and his receding widow’s peak hair has vanished as seen in music videos like Hymn for the Weekend and Paradise.

With age, comes a lot of changes and hair loss is one of them. So don’t be surprised that he’s on this list of actors with hair loss. And if at all he had a hair transplant, which I doubt he did, it’s his choice. After all, the best way to live life is to do what makes you feel happy and confident. Also check out: Hollywood Actor Beards – The Good, The Bad and The Ugly.

Not sure what’s going on with this actor’s hair but he’s changed his hairstyle way too many times now that we’ve lost track. Anyone that watched his 2004 movie, Breakin’ All the Rules, would have known and loved his spiky twists hairdo. But soon, his hair started thinning out and he went as far as shaving his entire head as seen in Horrible Bosses. And he’s had a buzzcut ever since, which really suits him, I have to admit. And it’s safe to say that this is the best men’s haircut for receding hairline.

The Grease actor’s prominent and thinning widow’s peak from 2013 miraculously turned into a head full of luscious locks in just a year. He’s also one of the many celebrity toupee wearers. So, we don’t know anything for sure. Some say he’s even had plastic surgery but who are we to judge. Let the man live his life!

So that was all about Jude Law hair and other celebs who’ve been the target of similar hair gossip. What do you think about celebrities who had hair transplants? Let’s normalize hair loss and diminishing hairlines so no one feels like they need to get hair implants.

And if you’re a guy with a receding hairline, all we can say is, be a gentleman, rock your hair with confidence and you’ll be a woman magnet!! Tell us your thoughts on Jude Law hair by tweeting @shilpa1ahuja!