Hussar frogging, the 18th century military trend, is something we all have seen, but not included in our wardrobes. Yet. Here’s why we should this season! While fashion designers get inspired by countless themes each season, the vintage elements are some of the most common. From 50s chokers to the patchwork embroidered pants of the 70s, we are seeing a lot of retro-inspired trends this season.

Sometimes the designers go only as far as the last decade to find their inspiration. And sometimes, they dig down centuries of fashion elements to rediscover and revive an interesting element from centuries ago. One such style we are seeing and loving for this winter is frogging or hussar frogging.

The Origins of Hussar Frogging

Associated with the military uniform, frogging refers to the ornamental braiding on jackets and dresses. Hussar frogging got its name from the members of the European armed troops of the 18th and 19th centuries, called Hussars.

It consists of braided loops going through buttons on either side of the front. Frogging started as a decorative way of fastening the front of jackets and dresses. But its use evolved to purely ornamental, especially when it started getting employed in military uniforms. To make it richer, they even started using metallic cords or brocades for the loops and gold, silver and brass buttons.

Come 2016, hussar frogging was first seen in February, boldly used in the Fall/Winter 2016 ready-to-wear collections of Roberto Cavalli and Dolce & Gabbana. It was used on crop jackets, fur-trimmed jackets, a slip dress, a sheer maxi dress and even on hair-accessories. Totally redefining the ornamentation, the Dolce & Gabbana collection associated hussar frogging with the idea of royalty for its princess-y collection.

We began to see more of it everywhere from then on. Here’s a minimalistic look from the Fall 2016 runway collection of Tommy Hilfiger in collaboration with Gigi Hadid.

And here’s the shoulder detail from Burberry Menswear jacket:

And then Roberto Cavalli put up some more on their Instagram feed: 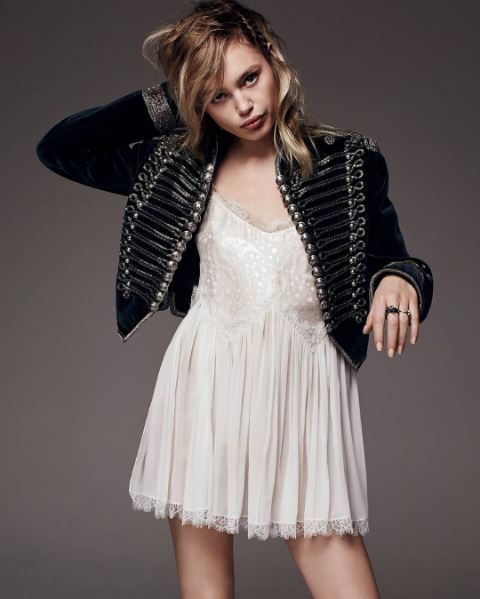 If we’re not wearing this trend, we’re already late. Because hussar frogging has already made the leap from high fashion to high-street. Zara, as always, is amongst the first to take it up so even we mere mortals can afford it! 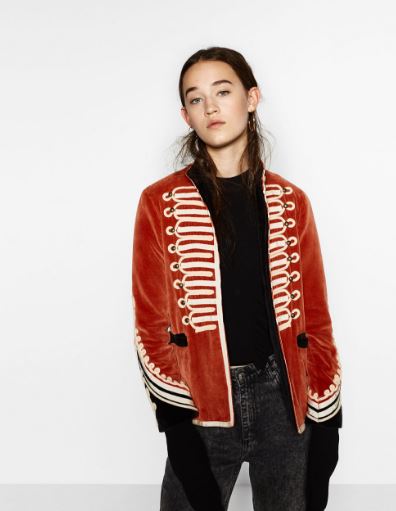 So what do you think of this trend? I personally am loving it, and would love to look for even more cool jackets and dresses with hussar frogging. What would you pick? Lemme know! Comment below!