Here’s our list of the sexiest actors in Hollywood! The 25 drool-worthy, hot Hollywood actors: the men that made us go ooh and wow each time!

Wow, I asked around, nagged my friends to spill their celebrity crushes (they were more than happy to) and read loads of magazines to compile this list of top 25 most-drool-worthy men in Hollywood: the ultimate list of hot Hollywood actors! I wanted to include the men alive, and only those that have been popular since the 90s. And also those that still have some wow factor! So here we go, the top 25 hottest and sexiest actors in Hollywood!

Let’s start our catalog of hot Hollywood actors with this cutie. He rose to fame in part because of That 70s Show and later Two and a Half Men. His Hollywood hits include No Strings Attached and Dude, Where’s My Car? Also, he’s married to the hottie Mila Kunis of Black Swan fame. But my favorite work of Ashton Kutcher is his role of Steve Jobs in the movie Jobs. So good!

Depp first rose to fame with Pirates of Carribbean and of course his iconic pirate costume that made everyone wanna be a pirate for Halloween! I didn’t think he particularly belonged in this hot Hollywood actors list but his Dior Home campaign changed my mind.

He did many quirky roles since then in lots of Tim Burton movies including  Charlie and the Chocolate Factory and the fantasy film Alice in Wonderland. His messy divorce with ex-wife Amber Heard. Plus his daughter Lily Rose Depp is a runway model and actress now. His new movie series Fantastic Beasts and Where to Find Them has him starring as Gellert Grindelwald and the next installment will possibly have him play a major role.

Speaking of J.K. Rowling wizarding world sequel, the 2017 movie titled Fantastic Beasts: The Crimes of Grindelwald will have the handsome Jude Law in the role of iconic wizard Dumbledore. I’m so excited to see how that’ll be. Jude Law is also famous for an amazing role in The Talented Mr. Ripley, which I loved, and A.I. Artificial Intelligence.

Most famous for his role of King Leonidas in 300, Gerard Butler’s other popular films are The Phantom of the Opera and Lara Croft Tomb Raider.

This is where the real deal starts for hot Hollywood actors. Blake Lively‘s beau Ryan Reynolds is famous for his role in X-Men Origins: Wolverine and Deadpool and of course, the rom-com, The Proposal.

Richard Gere swooned every girl away with his portrayal of a charming businessman in Pretty Woman. Iconic movie, unforgettable role. His other popular films include Runaway Bride and An Officer and a Gentleman.

Will Smith is not only one of the hot Hollywood actors but also a really beloved person. He’s most famous for his roles in The Pursuit of Happyness and Men in Black. BTW, he’s gonna take up the role of the Genie in Aladdin in 2019. I know, I’m so excited too!! He’s not just here in sexiest actors in Hollywood lineup, but also, his daughter Willow Smith is amongst our most stylish teen celebrities this year!

Chris Pratt is only okayish-ly handsome when I compare him with others in the list of hot Hollywood actors. However, his badass role in Jurassic World was nice. Plus you can expect him in the upcoming dinosaur-themed sequels. He also starred in The Five-Year Engagement and will be a part of upcoming Avengers: Infinity War.

Of course, a James Bond has to make it to the countdown of hot Hollywood actors. Pierce Brosnan is my favorite most handsome James Bond of all time, way more handsome then the new James Bond, Daniel Craig (sorry, The Guy, I know you don’t agree)!

Pfhhh! Ben Affleck is best known for being Batman in all of the recent DC Universe movies. He had already risen to popularity in the 90s, with Good Will Hunting, for which he won the Golden Globe and Academy Award for Best Original Screenplay. But sadly, I hadn’t even heard of him until the last decade! My friend Andrea was pretty mad about that when she spotted him at our Harvard campus in 2010 or so. His other popular films include Gone Girl and Argo.

Bradley Cooper of The Hangover fame became a boys’ boy and did some more stuff in Wedding Crashers and American Hustle. He also had a small role in Sex and the City.

After becoming so famous for his role of the sparkly-skinned vampire Edward Cullen, Robert Pattinson is practically a vampire now (at least that’s how I view it) and undoubtedly one of the sexiest men in Hollywood! He’s also starred in a few Dior Homme campaigns and he also starred in Harry Potter and the Goblet of Fire as Cedric Diggory.

Zac Efron is another one my friend Andrea is a fan of. He’s popular for High School Musical and 17 Again and his recent Baywatch.

Who doesn’t know George Clooney? His Ocean’s Eleven and sequel roles are famous and he was also the hot astronaut in Gravity with a sad end to his character (oops, another spoiler)! We need more of his movies.

Ryan Gosling became super popular with the ladies and an instant addition to everyone’s lineup of hot Hollywood actors with his role in the romantic film, The Notebook and rom-com, Crazy, Stupid, Love. I don’t buy into his hype much, but okay, his looks are undeniable.

Leonardo DiCaprio is iconic. He’s the only actor who’s done such a huge variety of roles, and who’s also made it to this list. Plus, does he ever grow old? He’s like fine wine, becoming more handsome and talented every year! I first loved him in Titanic, of course. And since Romeo and Juliet he started doing more serious roles. His beloved recent movies are Wolf of Wall Street, Inception and Shutter Island.

Brad Pitt is another boys’ boy with all his action hits like Fight Club and Mr. and Mrs. Smith with ex-wife Angelina Jolie. Some of his other recognized movies are Troy and Ocean’s Eleven series.

Chris Pine is sooo hot! He has no trouble making it to the hot Hollywood actors list! His role of James Kirk in Star Trek made him a celebrity and his most recent role as Steve Trevor in Wonder Woman had him missed (by Wonder Woman herself) in Justice League!

The Wolverine is known to have not even wanting to do Wolverine, but anyway here we’re talking about the hot Hollywood actors, and he’s undeniably one! Some of his other great movies include The Prestige and romantic movie Kate and Leopold.

Matthew McConaughey has the old school hotness. He had a small, forgotten role in Sex and the City, and he gained popularity with some romantic movies like How to Lose a Guy in 10 Days and Ghosts of Girlfriends Past. He made a serious comeback with his roles in Wolf of Wall Street, Interstellar, where he played an astronaut turned farmer turned astronaut. Hot astronaut. And dad.

Armie Hammer came to my attention with The Social Network, and his guest role in a couple episodes of Gossip Girl. His recent The Man from U.N.C.L.E. had him play a handsome Russian spy alongside Henry Cavill.

We all know Tom Cruise since Top Gun of the 80s. He gained further popularity with his Mission Impossible series, Jerry Maguire and Vanilla Sky.

Uh, I have a huge crush on Henry Cavill. He’s soooo hot and my heart skips a beat every time he flies! ;P Let me stop writing this article for a bit and just stare at his picture. Uh, where were we? Yes, he’s the Superman in all the DC Universe movies. Plus, his girlfriend in the series isn’t half as hot as him. Get rid of her, dude. Also (spoiler alert): Superman died in Batman v Superman: Dawn of Justice, but then got resurrected in the recent Justice League. Thanks to Batman. And Wonder Woman. And others.

Oh, I totally forgot to mention that I loved his role of the dapper spy (which spy dresses so well and speaks so charmingly and is soooo hot??) in The Man from U.N.C.L.E. Must-watch. 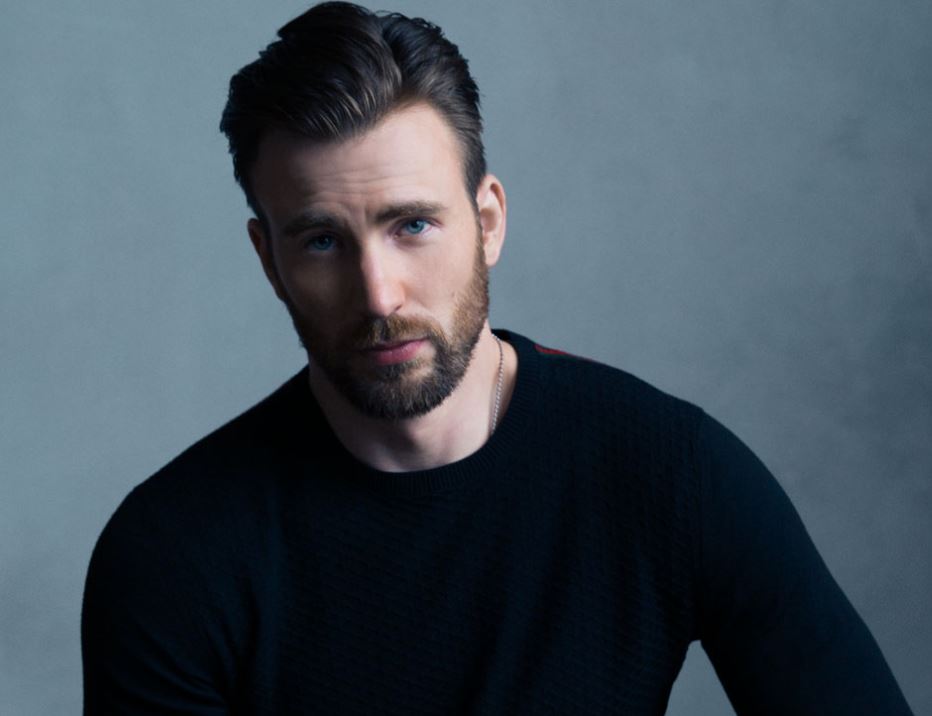 The do-gooder and handsome as hell Chris Evans is everyone’s favorite. He’s just as easy to watch in interviews as he’s an eye-candy in the Marvel movies as Captain America, one of our favorite Avengers. All his Marvel films are a must watch, in case you haven’t already. And other than that, some other hidden gems are Before We Go and What’s Your Number.

Chris Evans is one of the sexy Chrises, but undoubtedly one of the top hot Hollywood actors at the moment. While he began his film career in 2000, it seems like his best works are still yet to come.

Well, what can I say about Thor, the god of thunder! Only that he’s the best and handsomest guy to end my count-down of hot Hollywood actors! Chris Hemsworth’s godly looks earned him People magazine’s 2014 title of the “Sexiest Man Alive”. He also had an unforgettable role in sports biopic Rush.

Wow, so much handsomeness, all in one page! Still, we the #SlubClub girls have very high standards in men. So, here are those that didn’t make this list!

So how did you like our list of the hot Hollywood actors? Let us know if we forgot anyone by tweeting us @shilpa1ahuja.

Read next: Top Male Celebrity Crushes We Have Right Now