Manish Malhotra: All You Need to Know About India’s Favorite Designer 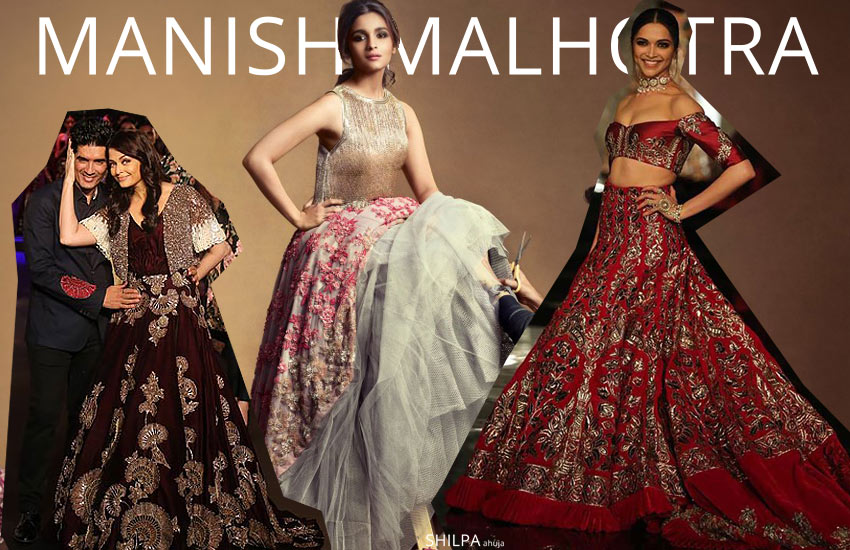 If there’s someone who’s made remarkable place in Indian fashion industry, it’s none other than fashion designer Manish Malhotra. Read all about the icon! 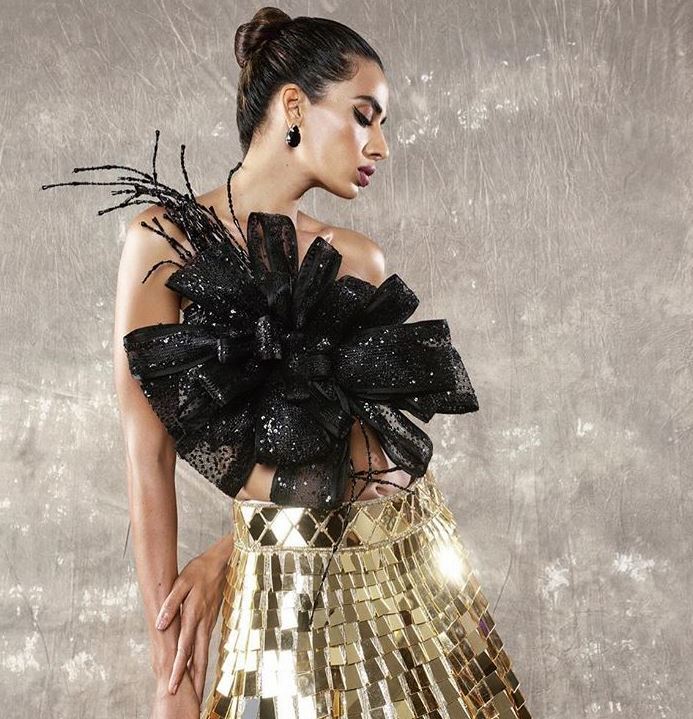 With striking designs and experimental silhouettes combined with royal classics, Malhotra ahead in the race when it comes to fashion and style. He was one of the first designers with runway experience to start designing Bollywood costumes in the early 90s, making him arguably the most influential costume designers for B-town.

Awards, accolades and his unique creativity have earned him the popular vote when it comes to fashion in India. His first award was for the Bollywood film Rangeela for which he got Filmfare Award for costume design. If you take the average Indian Joe’s opinion, fashion designer Manish Malhotra is even more popular for his work as a costume designer in Bollywood than for this runway designs. He bought a revolution in Bollywood movie fashion. He created waves in Bollywood movies with his exquisite designing. His designs started creating a revolution in the mid 90s, when women all over the country admired and incorporated them into street style too. He designed for many iconic movies like Kuch Kuch Hota Hai, Dilwale Dulhania Le Jayenge, Mohabbatein, Dil To Pagal Hai, Kabhi Khushi Kabhi Gham, Kal Ho Na Ho, Student of the Year and the list goes on and on. The flared slit pants designed by him for Kabhi Khushi Kabhi Gham were on high demand in 2001 and people couldn’t resist themselves from buying a pair. (Even Shilpa tells me she had one of them. See! We don’t just write about the trends, we follow them too)! 😉 The plain maroon colored saree with lace blouse designed by Manish Malhotra for Kuch Kuch Hota Hai, has always been my mom’s favorite. After watching the movie she desperately waited for it to come into the stores and grab one for herself so that she could show it off in her next kitty party! All his unique designs define the film’s characters completely. There are many outfits designed by Manish Malhotra which have always found their place in the Indian women’s closet, be it for weddings, parties or casuals. From Juhi Chawla to Karishma Kapoor to Alia Bhatt, Manish Malhotra has been one of the most-liked amongst the celebs. A few drool worthy Manish Malhotra designs include a blue couture dress worn by Sri Devi in movie Swarg, Alia Bhatt’s pink lehenga in the movie Student of the Year and not to forget Kareena Kapoor’s super sexy street style look in the movie Tashan.

Malhotra’s runway collections have always included bridal and evening wear. When it comes to bridal wear, Manish Malhotra does not do simple. And when it’s Manish Malhotra in couture week, you can expect elaborate. The first collection of the iconic personality was showcased in 1999 and he received immense appreciation for his work. Since then, his collections at the Indian fashion weeks are showcased with a bang, usually with popular Bollywood celebs, wearing the final looks, also termed as “showstoppers”! My favorite looks from his recent collections include a rose beige gown paired with a floor-sweeping sheer poncho with a long train worn by Jacqueline Fernandez in Spring Summer 2016 collection at Lakme Fashion Week. He is an absolute trendsetter of western and ethnic fashion alike. The sheer ponchos and saree jackets he brought back in SS16 influenced other designers in the following seasons too.  Another in my favorite list is red off shoulder lehenga worn by Deepika Padulone at 2016 Couture collection.

His first menswear collection was showcased in 2005, titled “The Gentleman’s Club” which was a festive fusion of Indian and Western Couture. Although he was more into designing for pretty girls and not handsome boys, we did notice a lack of uniqueness missing in a few of his runway collections like the Lakme Fashion Week Winter 2015 one! 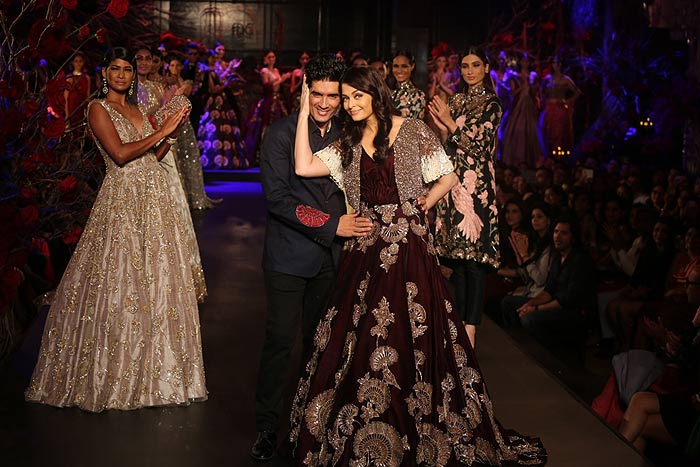 Manish Malhotra has always revived traditional wear in a modern avatar. Most commonly seen silhouettes in his collections include A-line skirts, lehengas, sarees and gowns. Recently we have seen a lot of Indo-western styles in India Couture 2016 couture collection. From pastels to royal colors, we love the mixed color palettes. Intricate embroideries, unique trends like off shoulder blouse with skirt or lehenga, floor-length ponchos are a few of his masterpieces.

So, are you a fan of fashion designer Manish Malhotra or do you find him a bore? Get in touch with us on Twitter @शिल्पा1आहूजा