From funny and quirky dresses to downright frightening ones, here are the latest and unique Halloween party costume ideas to make you stand out!

Hey beautiful! 🙂 Halloween is unquestionably one of the best times of the year. The weather’s colder, pumpkins are carved and there are dark, mysterious vibes in the air. And there’s no better way to spend it than getting creative and dressing up as something beyond your wildest imagination! So, here are some of the best and latest Halloween party costume ideas for you to try.

Get inspired by the movies from the golden age of Hollywood for this Halloween outfit idea. Timeless characters like Holly Golightly from Breakfast at Tiffany’s and Marilyn Monroe from the Seven Year Itch are perfect examples. And the best part? Their outfits don’t take much effort. All you need for Holly is a black dress, over sized sunglasses, pearl jewelry and Audrey Hepburn’s famous french bun with a hair accessory. You could also carry a smoking pipe or danish in hand for extra effect. And as for Marilyn, just throw on a simple white flowy halter dress and a blonde wig and you’re good to go! Don’t forget her iconic red lips!

You definitely want to think of ideas that are easily recognizable. Everyone knows and follows pop culture. But as this category is too common, you’ve gotta think outside the box. Frozen’s Anna and Elsa have been overdone! Disney princesses like Mulan, Merida, Pocahontas, Jasmine and Tiana are some not-so-typical Halloween party costume ideas. 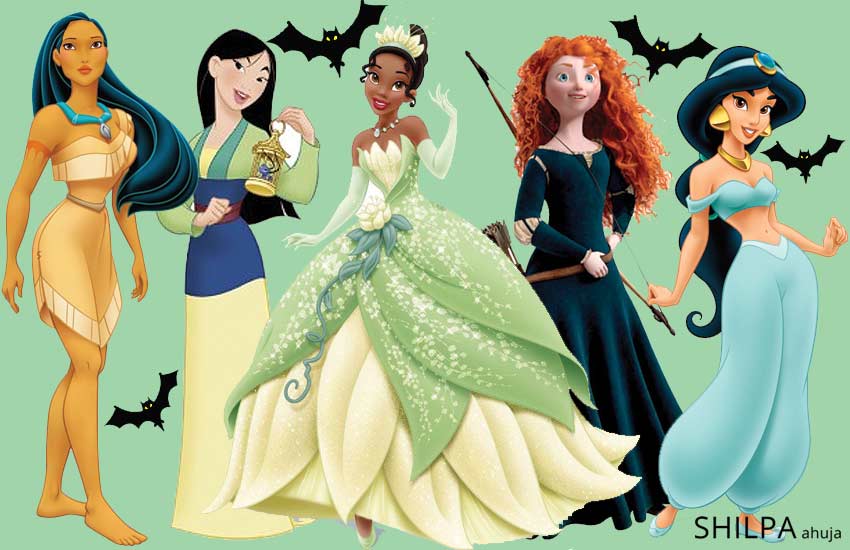 Apart from those, characters like Blair Waldorf (this works even better if you have a boyfriend to go with you as Chuck Bass!), Daenerys Targaryen, the Corpse Bride, Harley Quinn, Carrie Bradshaw and Barbie are also some stand-out outfit ideas.

Also check out our rockstar Barbie Halloween outfit idea and a makeup tutorial we chose just for you! 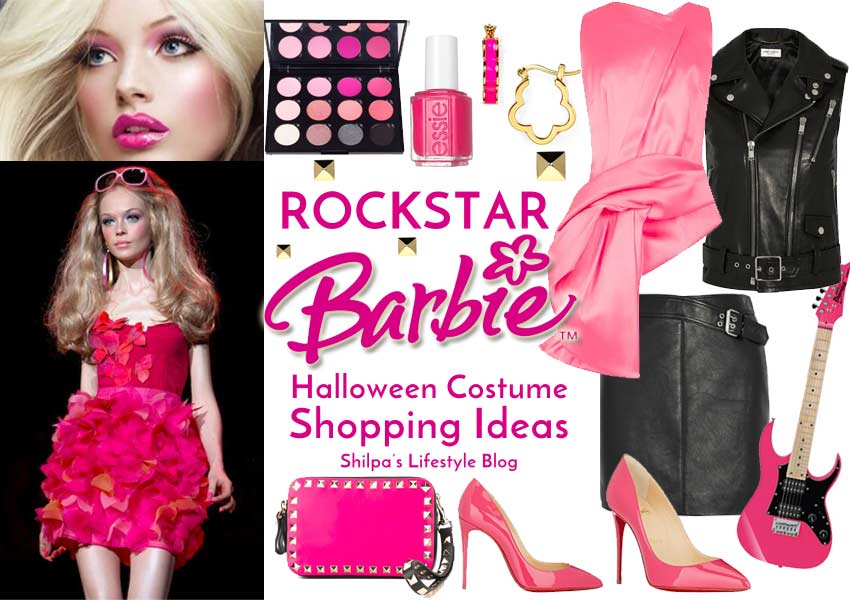 Who doesn’t love a good antagonist? Medusa who was one of the most evil characters in Percy Jackson is one such idea for a scary Halloween costume. Others include Maleficent (make sure to go crazy on the contouring!), Bellatrix, Regina George, Poison Ivy and Cruella de Vil. Also check out more female superhero fashion here! Get ready to raid your makeup drawer! If you’re a scary movie fan or just love gore and horror, this is the category you should look into. The Grudge Girl, Annabelle, Tiffany from Bride of Chucky, Valak from The Conjuring, Sadako from The Ring and Carrie are a few creepy Halloween costume ideas. These will not only make you stand out but also give everyone around you the creeps, which’ll be so entertaining to watch! Try quirky things like scary makeup, fur nails or metallic hair. Also, you can scare people on the subway ( or metro or T, whatever you prefer to call your Tube), on the way to your party! 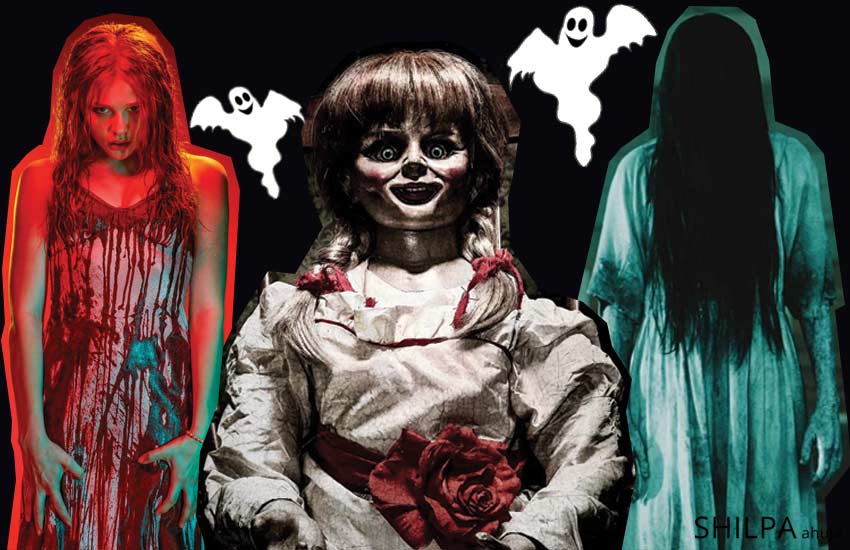 This is where you can really show your creativity for a Halloween party costume. Think of something completely unpredictable, quirky and bizarre that will leave others wondering how you even managed to come up with it! Some ideas are popular objects like a Chanel No. 5 perfume or the iconic quilted bag, monuments like the Statue of Liberty or a jack-o’-lantern. Even food items like a chocolate, slice of pizza, sushi, taco or even a sundae or your favorite Starbucks drink would be really wacky and cool. Check out these super creative Halloween costumes that Shilpa rocked and get inspired! So those were some awesome Halloween party costume ideas you need to try. What are you going to be dressing up as this year? Show us your Halloween outfits by tagging us on Instagram @shilpaahujadotcom and we’ll surely double tap it! 😀