Gunjan Saxena: The Kargil Girl tells the simple story of how a middle-class girl beats all odds to become the first Indian female pilot in combat. Abhishek Sareen reviews the movie through the lens of an emotional patriotic viewer. 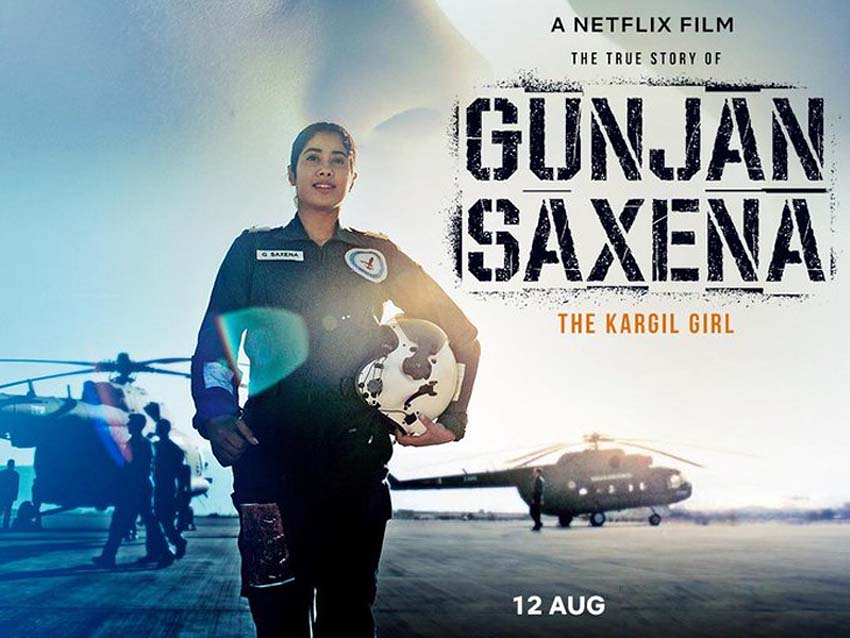 Gunjan Saxena: The Kargil Girl was a movie I was looking forward to watching ever since I saw it was on Netflix. I didn’t have high expectations from the movie, but I wanted to watch it nonetheless because it’s based on a true-story. Such movies are always in short supply and have a guaranteed message; I always appreciate them more than just plain commercial entertainers.

Personally, I wasn’t aware of Gunjan Saxena’s story, or that she was the first female pilot to join the India Air Force. I like to consider myself an occasional feminist and believe women are men’s equals. If you, like me, get easily choked on patriotism and underdog stories, then Gunjan Saxena will be as much of a treat for you as it was for me.

Gunjan Saxena, the movie, tells an inspirational story of how a simple middle-class army family girl dreams of becoming a pilot and manages to accomplish her dream. Here’s a simple plot, which many can relate to. While growing up, I too, wanted to become an aviator if I couldn’t become an F1 driver. But then I realized it would make big hole in my parents’ wallet, thus I had second thoughts about it and gave up my ambition easily. Looking back, I realize that I may not have had that strong a desire. Had I really wanted to fly aircrafts badly, I sure would have found some way to make my dreams come true.

Coming to the movie, it’s pretty straight-forward story that doesn’t need much explaining. Growing up in the 80s in the middle-class male-dominated society, Gunjan is an underdog, who needs to fight her family, society and defense establishments to realize her dreams to become an aviator. She needs grit in order to overcome physical, mental and monetary obstacles of her ambition.

The main character, besides Gunjan Saxena (played by Jhanvi Kapoor), is her Lt. Colonel father (played by Pankaj Tripathi). Pankaj Tripathi’s character is the most likeable as he’s the only supporter of his daughter, as are his acting chops. At some point while watching the movie, I actually found myself looking more forward to Pankaj Triparthi’s on-screen presence than Jhanvi Kapoor’s. Pankaj Triparthi is great actor. However, his delivery style is identical to his performance in web series Mirzapur and his roles in the movies Extraction and Gurgaon. His style of scanty dialogue delivery mixed with his lazy eye rolls may get him stereotyped sooner or later. Nonetheless, his was the most lovable character here, who was constantly inspiring and supporting his daughter all the way.

Gunjan Saxena, played by the lead actor Jhanvi Kapoor, is shown as a timid and feeble girl. She always seems to have a nervous look on her face and everybody, except her father, is constantly doubting her. Whenever she accomplishes something, the film shows it as if it happened by chance rather than through her own perseverance. In a scene, for example, Gunjan has to make a big jump during her physical-training. After jumping, however, she seems so shocked by her own performance that the movie fails to show her self-confidence and capability. This is one part I didn’t quite like, or maybe the overconfident guy inside me couldn’t relate to this trait.

With a sub-par performance, Jhanvi Kapoor has a long way to go when it comes to acting. However, the true-story part kept me hooked on to this movie. Mostly, the way Gunjan’s character is written to be under-confident and timid throughout the movie, which doesn’t woo the audience. Usually in underdog movies, the main characters are frequently shown to be timid or lacking social-skills, however they get very confident when it comes to their strengths, which makes the audience root for their success. However, this is something Gunjan Saxena: The Kargil Girl lacks. All in all, Jhanvi does her part, mostly because she gets the respect of playing an Indian Airforce pilot Gunjan Saxena. 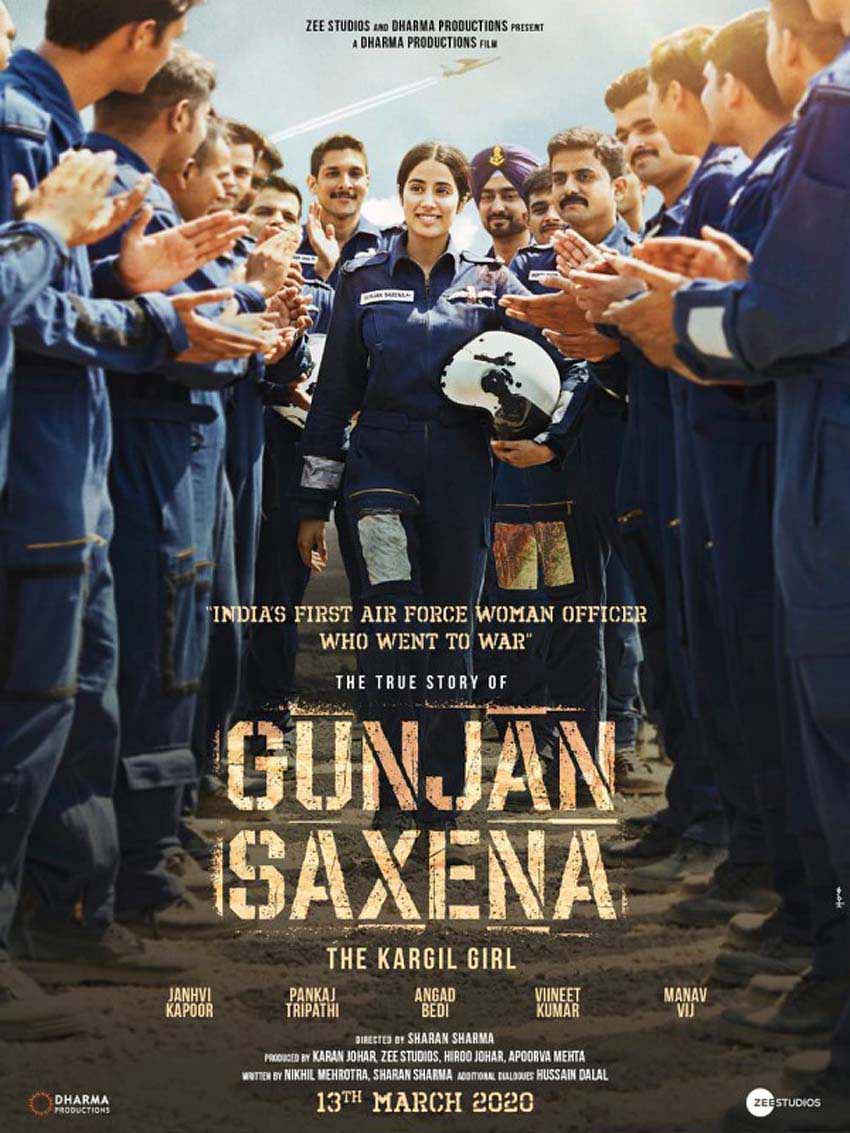 Overall, the movie has decent pacing and doesn’t bore you, but it fails to set the timeline properly in the audience’s mind. Set in 1990s, the movie doesn’t portray any major 90s scenery by including relevant imagery, props or character-activities, especially during the first act. If the movie had done something more to set the context that it was set in the 90s, it would have made much more of a nostalgic impact, very much like the movie M.S. Dhoni: The Untold Story.

For example, in the beginning of the movie, Gunjan & her brother are travelling in a plane in the 1980s, which was unheard of in Indian middle-class families at the time. Failing to show their awe or excitement takes away the context of the timeline. I may be overcritical here, but such small details take away the realism of the movie. Overall Gunjan Saxena is a good inspirational movie that you should definitely show to your kids. I’ve read reports of how the India Airforce seems a little unhappy about their anti-feminist portrayal in the film, but movies often need to exaggerate at times to get the message across. I would say Gunjan Saxena is good watch, but could have been made better, had it shown some more realism and honesty like the movie M.S. Dhoni.