Wanna explore Greece?! Well! Why not start with food? From mouth-watering desserts to scrumptious seafood to history, we’ve listed everything you need to know about Greek cuisine! Food unites people. No matter what race, religion or creed you are, there’s one thing that makes all of us stand and even crave for – food. And wishing about food makes me super happy. So when Shilpa asked me to write about the Greek cuisine, I couldn’t be happier.

Apart from breathtaking views and spots that leave us drooling, Greece has some mouth-watering dishes to offer. From their seafood to salads to desserts, Greek food doesn’t feed your taste buds but also feeds your senses.

Let’s check out everything about Greek cuisine! Whether you’re just increasing your knowledge about this exotic cuisine or wondering how to get the best experience at a Greek restaurant, this guide will make you want some Greek foods immediately!

Greek cuisine is fresh, rich and diverse. It’s flavorful and, to outsiders, obviously exotic. From various foods to beverages, there are thousands of years of history to it. Greece is a nation that produces organic fresh vegetables, legumes, fruits, nuts, oils and cheese. Herbs are also an important element in the Greek cuisine. 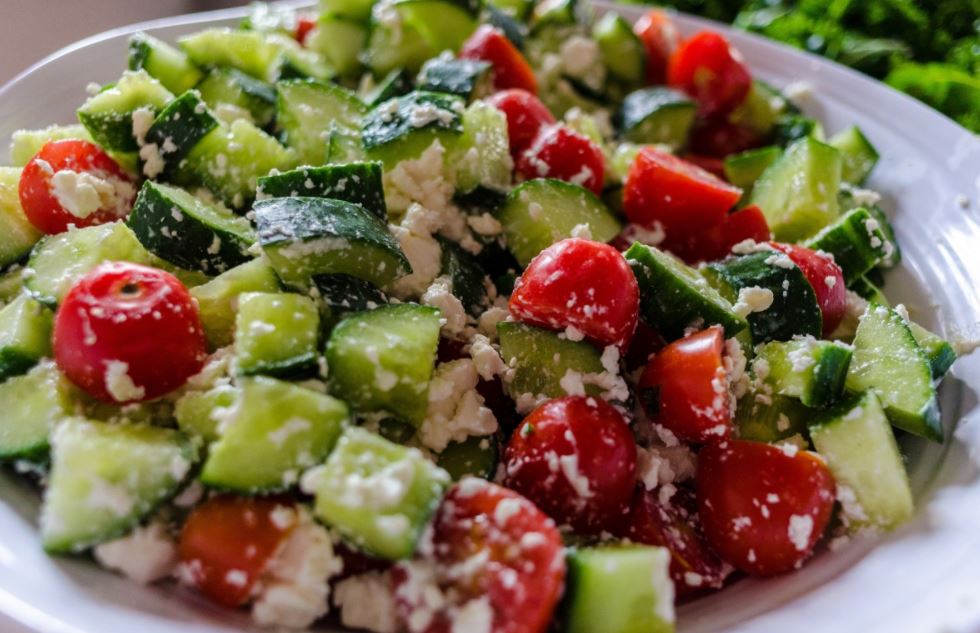 These are the major ingredients that form the traditional Greek food. Greece’s moderate climate is perfect to grow olives and lemons, which constitute a major part of Greek cuisine. Vegetables such as tomato, eggplant and zucchini are widely used.

Spices, garlic and herbs like oregano, basil, mint and thyme are popular. Greek mythology, history and, of course, cuisine are rich with olives and olive oil. Kalamata olives with their rich chocolatey, smokey flavor, are their own signature! 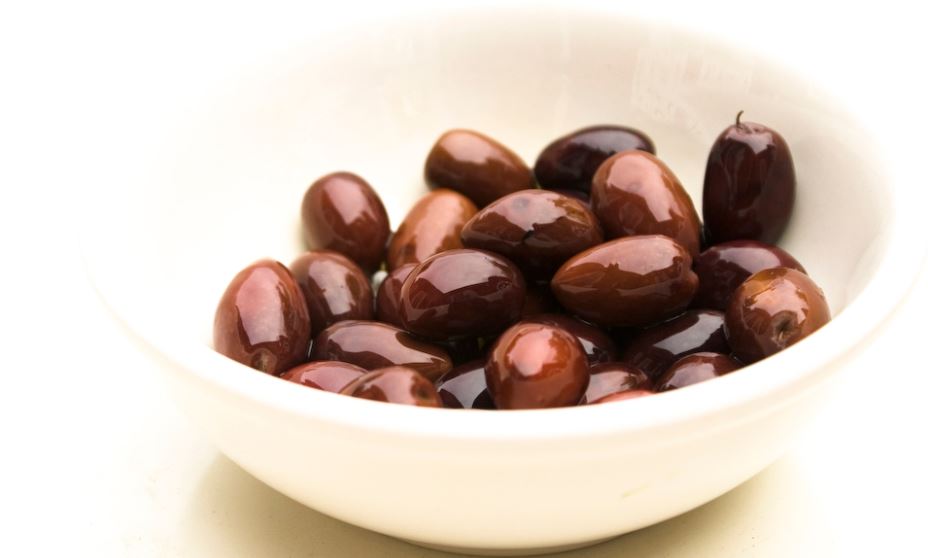 Greece is known for its seafood as it’s filled with islands. No part of Greece is away from the sea. Fish and other seafood like octopuses are common in Greek diet. Lamb, goat, poultry, beef and pork are other meat intakes during traditional festivals and holidays.

Greece is also known for its vineyards in the hilly terrains. Famous wines and spirits are produced, especially ouzo, an anise-flavored liqueur, which is the national spirit.

In 146 B.C., Greece was under the Romans, hence it has a blend of Italian cuisine. In 1453, Greek was part of Ottoman empire ruled by Turks. So many Greece dishes were given Turkish names, which remain the same even today with classic Greece dishes. It’s also said that vegetarian cuisine can be traced through Greek food recipes.

Greek food has a rich history that dates back to centuries ago. A few of these old, traditional Greek foods include: 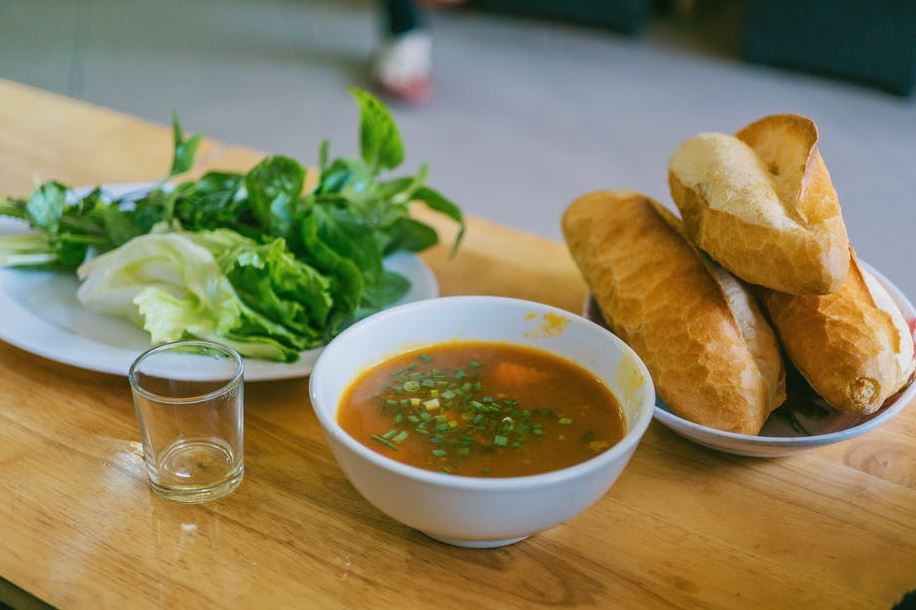 There are many dishes that are not consumed any more like porridge as the main staple, fish sauce and salt water mixed with wine.

Greece is filled with islands, which makes Mediterranean seafood quite favorable. Greek island dishes include: 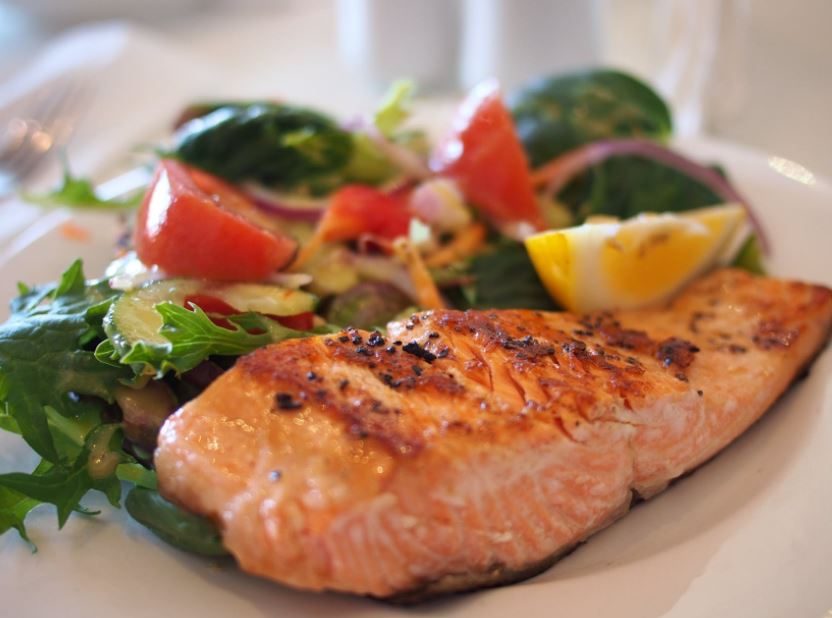 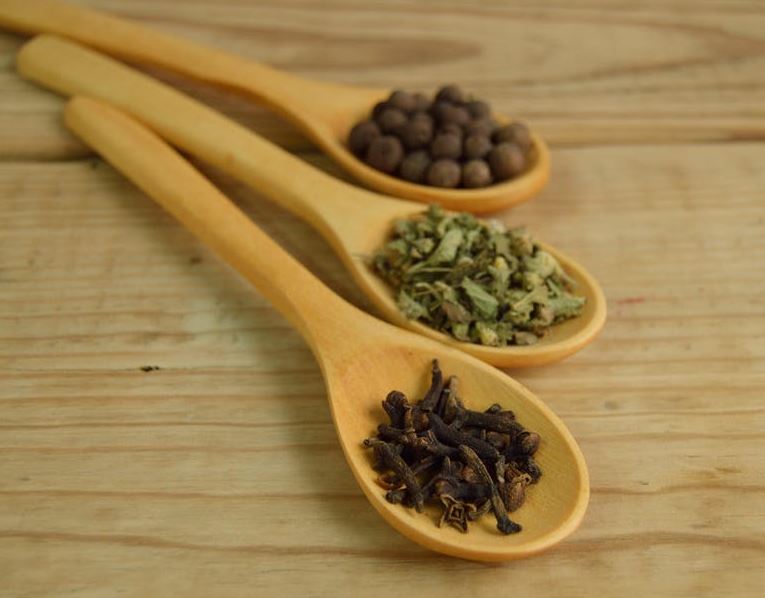 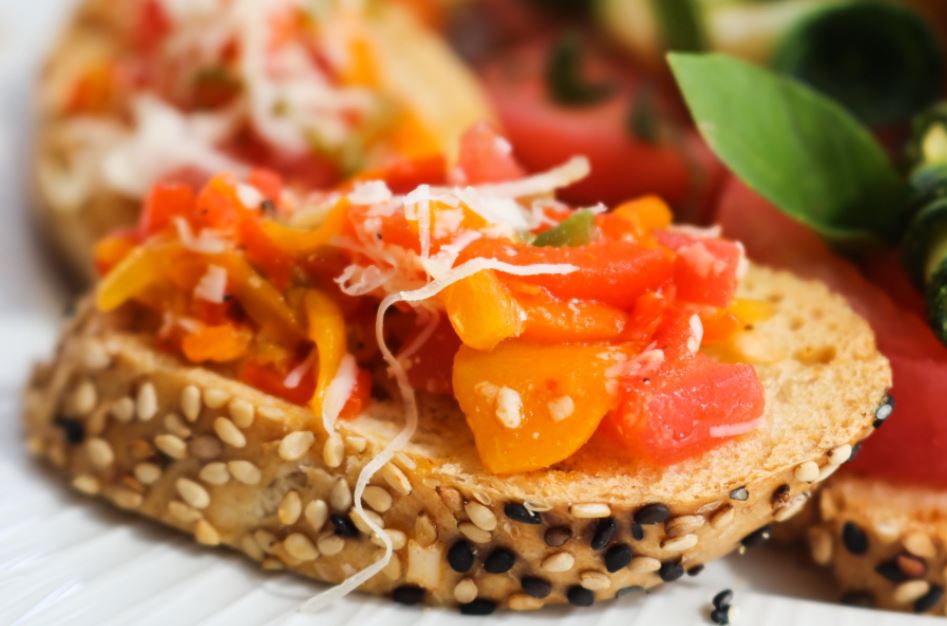 Greek cuisine is filled with the most amazing pastries and baked desserts like: Different cooking techniques are used in Greek cuisine like stovetop and oven cooking. Recipes like Kapama – poultry casserole cooked in a sweet and spicy tomato sauce are prepared. Pane – a dish that is both breaded and fried, Tiganita – food fried in a skillet use frying methods. 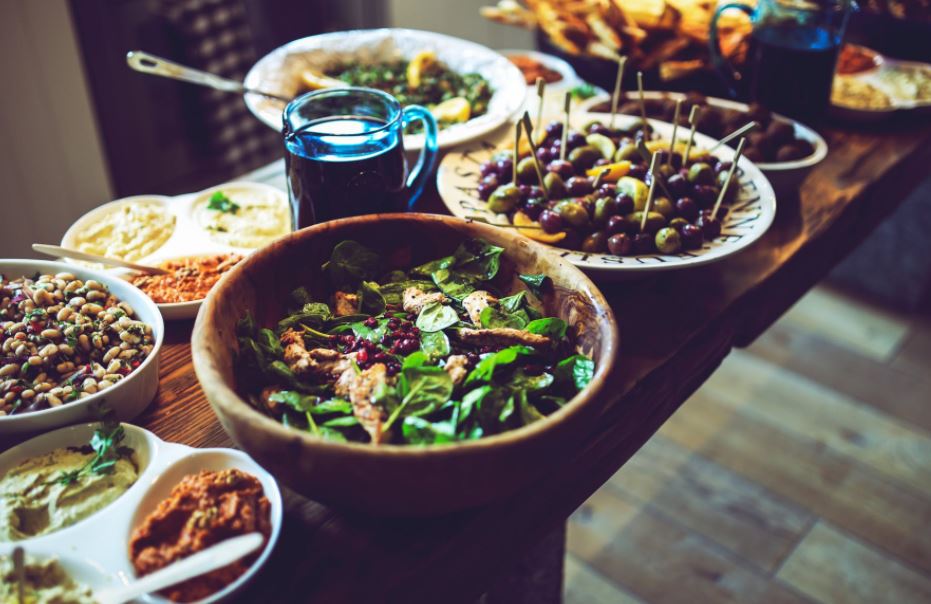 Anything baked with bechamel sauce and cheese form the major oven recipes. Also, clay oven and clay pot cooking are famous. Recipes like spit-piercing food such as meat, poure (puréed) and toursi (pickled) are cooked in clay pot. The main dishes include: A traditional Greek meal has three courses that consist of appetizers, starter and main course with sides. Wine is brought with pita bread or olives. This is followed by appetizers like marinated eggplant, goat cheese with olives etc. This is followed by starters like chopped vegetable salad with feta and olives. 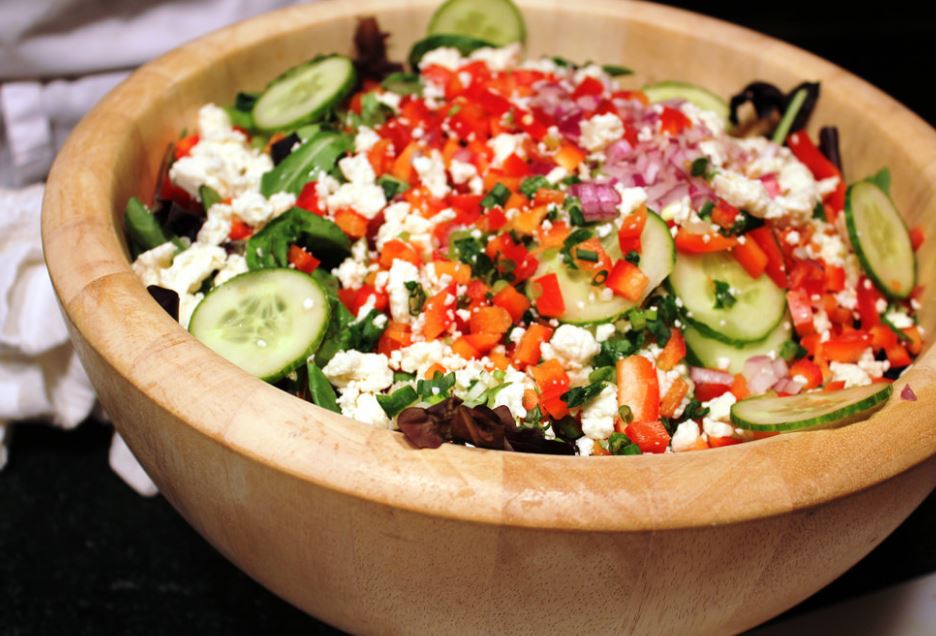 The main course consists of dishes like Greek potatoes with lemon vinaigrette followed by dessert. The traditional desserts include baklava, Greek butter cookies and spiced fresh orange and honey sorbet. 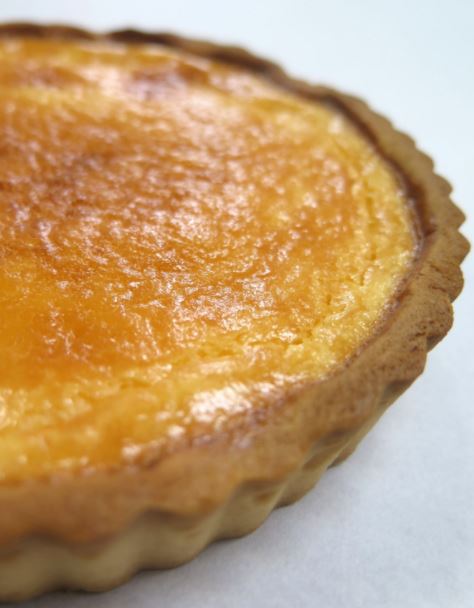 There’s gonna be a never-ending list to mention famous Greek dishes. However, I’m listing a few of them that you should definitely try.

1. Moussaka: This is one of the most widely recognized Greek dishes. It is an oven-baked casserole of layered eggplant and spiced meat filling topped with a creamy bechamel. 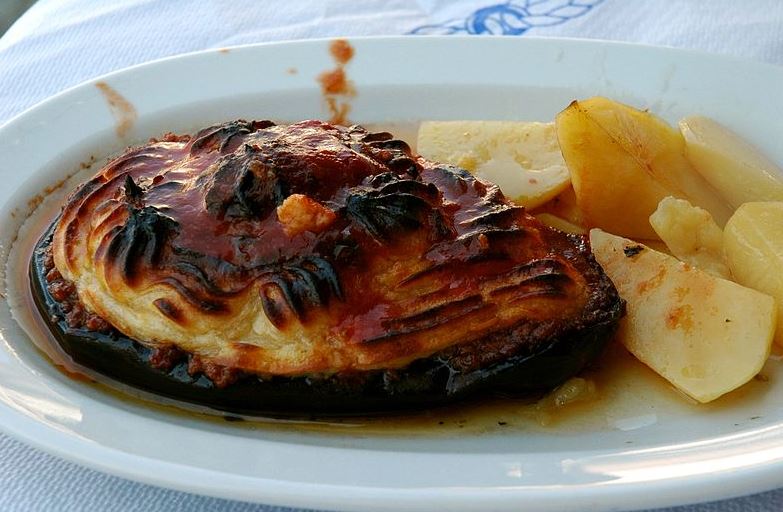 2. Baklava: This traditional Greek pastry is made with flaky dough layered with cinnamon spiced nut and dipped in sweet syrup. 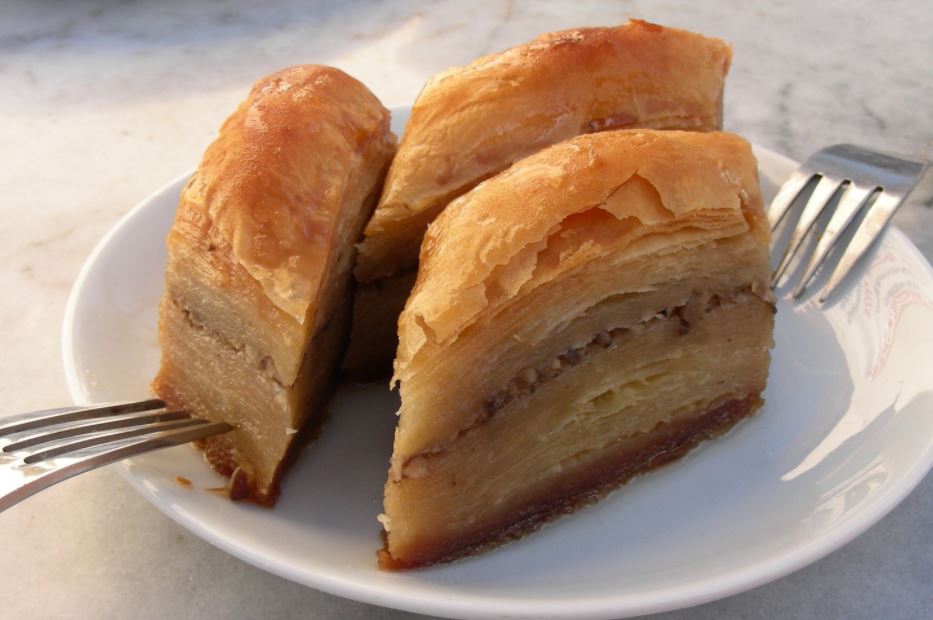 3. Horta Vrasta: Greeks love leafy greens in almost all of their dishes. This dish is boiled leafy greens that are healthy and will compliment any meal. It’s served with a drizzle of olive oil and squeeze of fresh lime.

4. Pastitsio: Pata, meat filling and creamy bechamel sauce are layered in a pan and cooked until golden brown.

5. Fassolatha: This is a staple in any Greek household. It’s basically a classic white bean soup. One can keep it simple or add vegetables.

6. Spanakopita: It is nothing but a spinach pie. It’s so famous that you can find frozen one in grocery shop. But the fresh ones taste better. 7. Dolmathakia: Stuffed with rice, pine nuts and fresh herbs inside grape leaves and is served warm or cold.

8. Fassolakia Lathera: Vegetables cooked in olive oil are referred to lathera and lathi (olive oil) is the key ingredient of the dish. Green beans are cooked in tomato sauce and mixed with vegetables. This dish can be served as a vegetarian main dish.

9. Melomakarona: The delicious honey walnut cookies flavored with honey syrup and cinnamon are a must-try.

10. Domates Yemistes: This dish is a summer staple food. Tomatoes are stuffed with meat and herbed rice. Tomatoes are at peak during summer, hence its known as a summer dish. One can stuff peppers, zucchini, or any other vegetables that may be available. 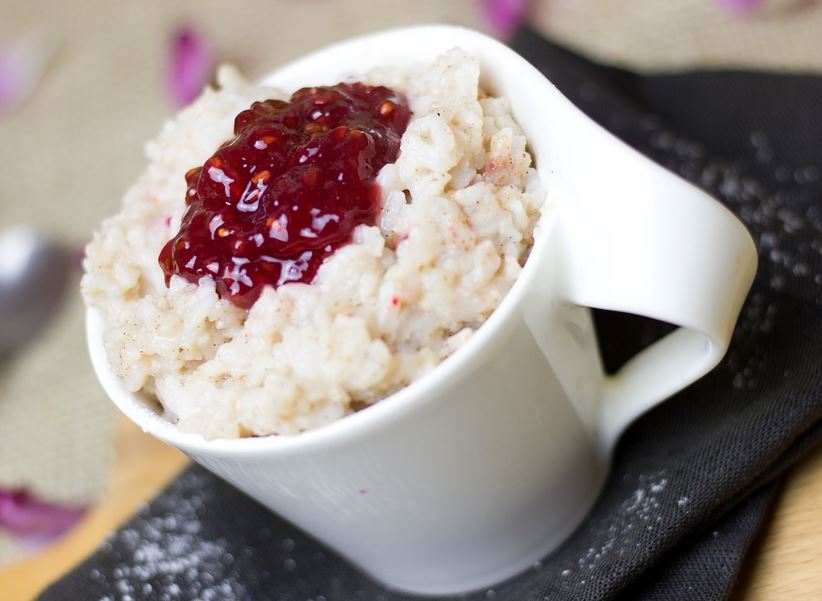 Greek food is known for its Mediterranean touch but fast food is not that popular in Greece. However, a few dishes are noteworthy! Souvlaki or kalamaki is a famous Greek fast food. Any meat is cubed into 1-inch chunks and is marinated overnight in lemon juice and olive oil. Greek spices and herbs such as oregano and thyme are used. Then it is skewered on wooden skewers and broiled over charcoal and is salt and peppered. Soulvlaki pita is yet another famous fast food. Any type of meat is garnished with sliced tomatoes and onions, sauced and wrapped in a lightly grilled pita. Gyros pita is another version where the souvlaki meat is replaced with gyros (kebabs usually made with pork or chicken). 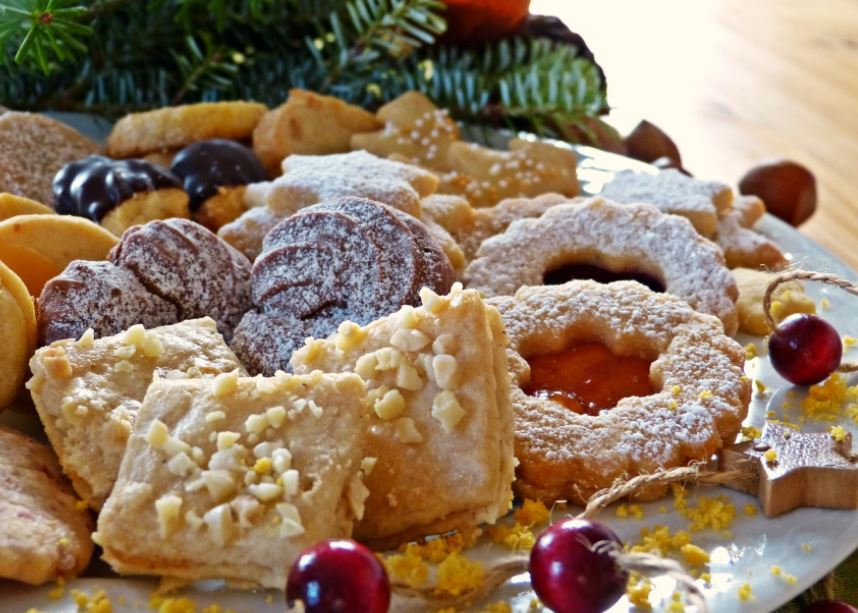 Food and wine is an important culture in Greece. A few famous Greek wines are raki, ouzo, mavrodafni and retsina. 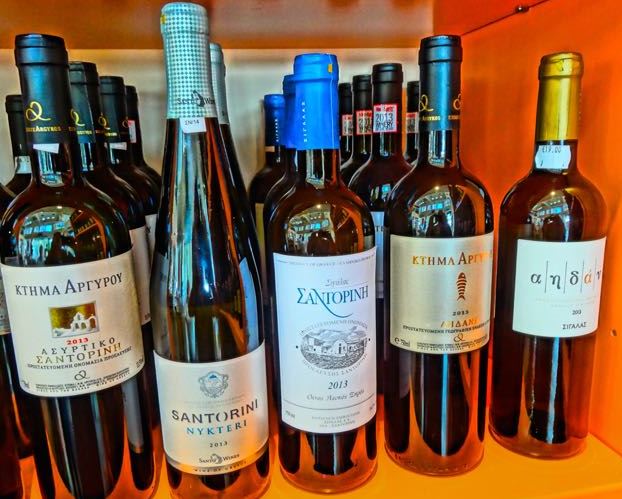 Hope you enjoyed the Greek cuisine! Have you tried Greek food? Let us know by tweeting @shilpa1ahuja!