Gigi Hadid faces backlash for her Vogue Italia cover where she is featured sporting an enormous amount of fake spray tan and a whole lot of Photoshop – barely recognizable. Here’s what my thoughts about this are, and what this incident says about the fashion media industry. 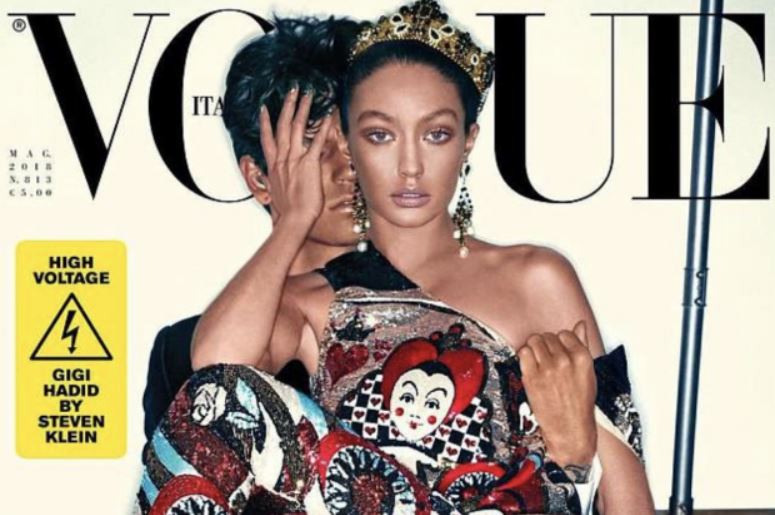 Okay, as if making cultural appropriation headlines wasn’t enough for the world of fashion and fashion media, we have something new on the headlines today. Gigi Hadid’s feature on the latest Vogue Italia cover reeks of absurdity. Really, I don’t even have to explain because one look at it and anyone would do a double take. Is it really Gigi? Who are you kidding – that has to be someone else.

But no, apparently it is her. Wearing a jumpsuit from Dolce & Gabbana Spring Summer 2018 collection, captured by fashion photographer Steven Klein, Gigi Hadid poses on the cover hiding her male co-model’s face, and smeared with fake spray tan and Photoshop. To me, she doesn’t really look “black” per say, but yes, she definitely looks like someone of color in this shoot. That is not normal amount of spray tan, it definitely does not look like Gigi. Granted, fashion is sometimes about being in a fantastical, mythical world and should be allowed a creative leeway. However, it is indeed outlandish to make a white model look so almost colored that can be argued about whether she’s made to look colored or not.

“Wtf happened with her face?!?!?” says one, while another mentioned, “There’s a fine line between over bronzing and culture appropriation.” The cover is also facing tons of backlash and hate by the Twitterati. Here’s one of them:

“This b***h Gigi Hadid basically said ‘I had no control of being in black face, it is a real issue – but I’m still going to participate in it.'”

Like what were they thinking anyway? This is how the conversation must’ve really gone down in their editorial conference room.
– “Hey the fashion industry needs way more diversity. Should we feature a model of color this month?”
– “Nah, too clichéd. Let’s just have Gigi Hadid as per ushze.”
– “But, dude, I’m rooting for diversity here.”
– “Fine then, black Gigi it is. We’ll get tons of headlines. Even Shilpa Ahuja will write about it.”
– “Great, I’ll go buy some spray tan.”
– “I’ll have Gigi’s PR team pre-write an apology, just in case.”
– “Just in case. Wink, wink!”

Sure enough, the apology did come in handy, and even pleased at least some of the fans. Here’s what Gigi Hadid posted just last night on her Twitter:

Okay, and here’s the thing. In the age of the internet, a model who has such a great reach, and can instantly communicate her feelings or apologize to her fans, can really dictate how fashion should be shown or represented. And yet, doesn’t have even as much control to say during a shoot that this is something that goes against her beliefs. Here is another one in which Gigi Hadid sports more fake tan and a turquoise afro. 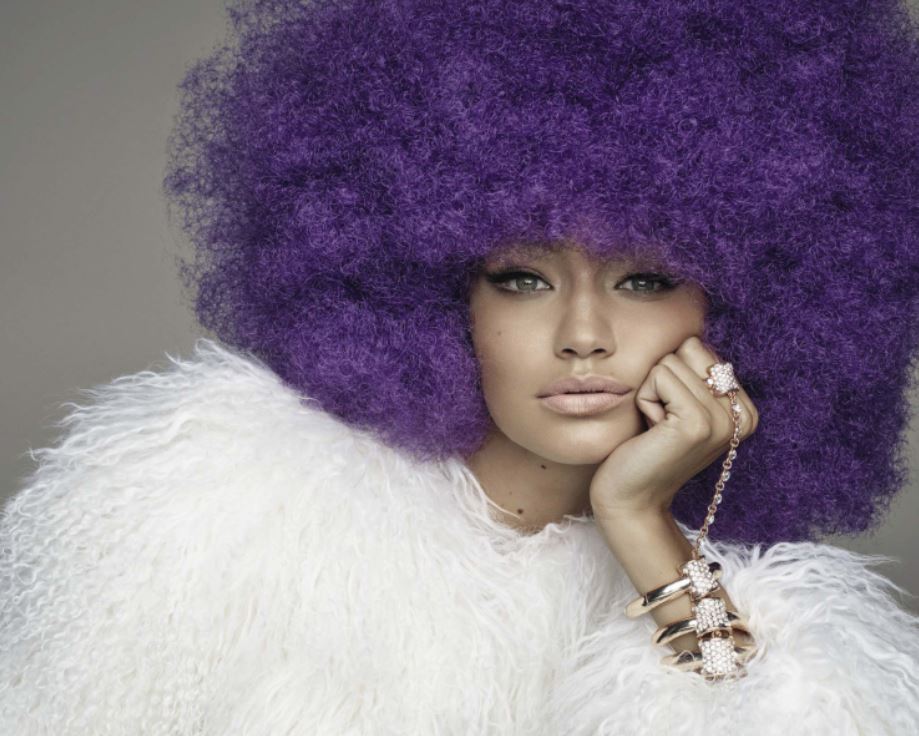 That just reminds me why I love my job. And the new fashion media. Instead of the authoritative world of traditional fashion media, where neither the influencers nor the readers have any say, here I am, able to create our own rules, able to style my own shoots, and able to really connect with you all readers – where everyone is equal, and everyone can make their own fashion rules, too.

What do you say, my lovelies? Isn’t this such an interesting time we’re living in? And what are your thoughts about the Vogue Italia cover featuring Gigi Hadid of color!? Did you love or hate her look in this shoot? Post your comments below or tweet me @shilpa1ahuja.