Fantastic Beasts and Where to Find Them features lots of magic and vintage 1920s fashion. Here’s a first look at the costumes of Eddie Redmayne and more!

As the much-awaited British fantasy film finally hit the theaters, I feel it’s more than appropriate to take a first look at the costumes from Fantastic Beasts and Where to Find Them. The story, set in 1920s in New York, is written by the writer of Harry Potter series, J.K. Rowling, and stars Eddie Redmayne as Newt Scamander, who I loved in The Theory of Everything.

1920s Fashion and The Setting of the Film

Regardless of whether you’re a Harry Potter fan or not, vintage fashion from the 20s era is enough reason to check out these gorgeous costumes! As is the set. The film was shot in London and Liverpool, which is made to look like 1920s New York.

In the west, 1920s fashion was the first defining moment in modern fashion when women began to wear trousers. Ditching the corsets and gowns, women began to opt for more practical clothing, like pants and skirts. Similarly, cotton and wool became preferable to silk. And bottons, zippers became preferable to bustiers. Synthetic fabrics like jersey, velvet and satin were also becoming popular, especially amongst women. Let’s see how much of that is represented in Fantastic Beasts and Where to Find Them.

Fantastic Beasts and Where to Find Them: Men’s 1920s Fashion Costumes

Here’s one of the scenes from the movie trailer, featuring Eddie Redmayne as Newt Scamander against the backdrop of vintage New York and (horse carts?) Check out that slim bow-tie, waist-coat and curly hairstyle on Newt, and fur-trimmed coats and hats on the ladies in the background!

Here’s Newt’s full costume from Fantastic Beasts and Where to Find Them, including the much-talked-about suitcase full of magic beasts and a magic wand in his hand. The character wears a deep teal coat over a cinnamon-colored waistcoat and brown trousers. He pairs it with a white shirt, a slim black bow-tie, and a suitcase to match. 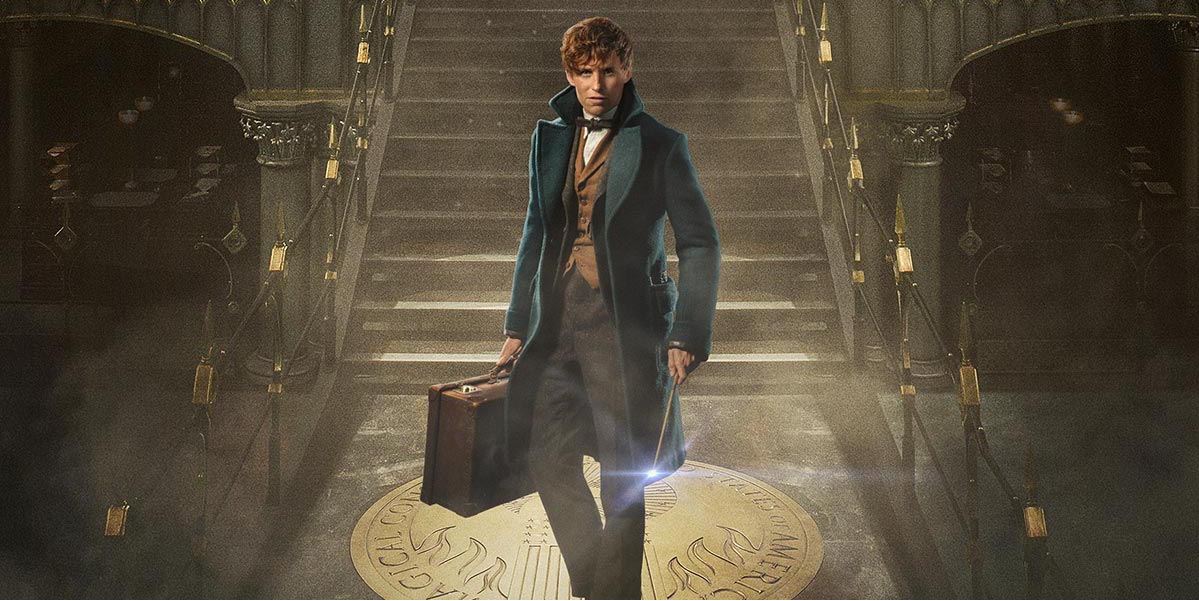 Here’s Dan Fogler, who plays Newt’s friend Jacob in the film. He wears a grey button-down cardigan under a wool coat, and pairs it with a  burgundy tie. Fantastic Beasts and Where to Find Them: Women’s 1920s Fashion

That brings us to the women’s fashion in the movie, which is quite a treat for the eyes! Queenie, played by Alison Sudol, wears a  pink and lilac velvet-collared silk coat over a matching silk top in the above image. Check out that 1920s curly hairstyle and plum lipstick that’s trendy again!

Here she is with Newt, in a grey coat, a navy beanie and loose trousers paired wih brown men’s-inspired shoes! Such a low-maintenance look, compared to the one above! This movie-still shows her in a velvet lightweight coat worn over a white blouse. 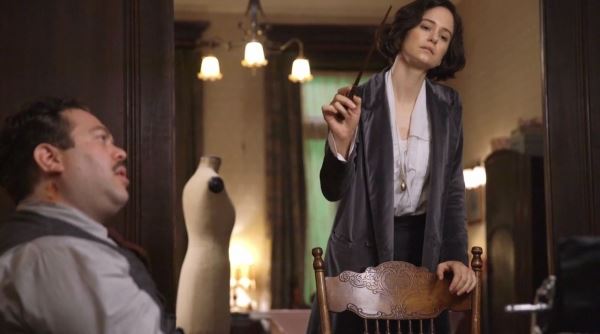 My favorite costume from the movie trailer is that of Seraphina Picquery, played by Carmen Ejogo. Seraphina Picquery is The President of MACUSA (the Magical Congress of the United States of America). Here she is standing in a power pose against what looks like the “throne” and MACUSA emblem.

Picquery wears a silk gown in midnight blue with flared sleeves and gold embroidery detail. Her headdress is gold and midnight blue, with some interesting and intricate three-dimensional detail! There’s not much 1920-ness about this costume. But there’s something foreboding magical, which she represents.

Did you find the costumes interesting? Which character’s costume did you love the most? As for me, I’m excited to watch the movie tonight and I’ll certainly report more about the fashion (or anything else) soon! Stay tuned!