Dior Spring Summer 2017 collection marked the debut of Maria Grazia Chiuri as the Artistic Director, and a feminist revolution. Read all about it here. 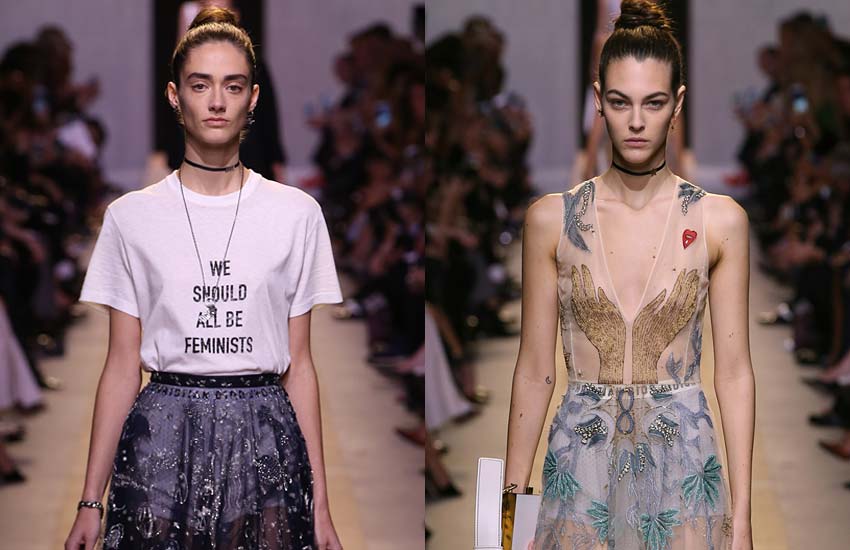 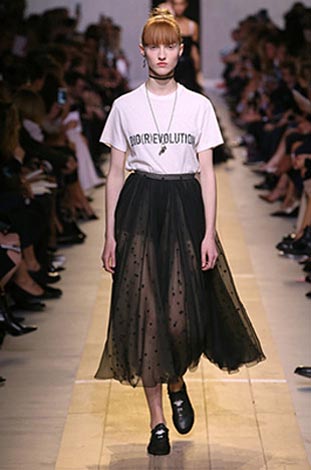 Maria Grazia Chiuri took control of Dior couture, women’s ready-to-wear and accessories collections recently. Every new designer wants to bring a wave of change. For Chiuri, the change was as big as the expectations she had. She is the first woman to ever hold this position at the fashion house, and to say that everyone in the fashion world was eagerly waiting to see her work would be an understatement.

For Dior SS17 collection, her message was on femininity. Chiuri’s description in the fashion show notes that the collection is all about “Fashion that corresponds to their changing needs, freed from the stereotypical categories of “masculine/feminine”, “young/not so young”, “reason/emotion”, which nonetheless also happen to be complementary aspects.”

Women are not all the same. That’s perhaps why the collection mixed androgynous looks with feminine ones. With a fencing theme, a sword-fighting Olympic sport, the collection opened with fencing costume inspired looks – head-to-toe-whites, quilted jackets, capris, cross-body bags and clean, straight lines. 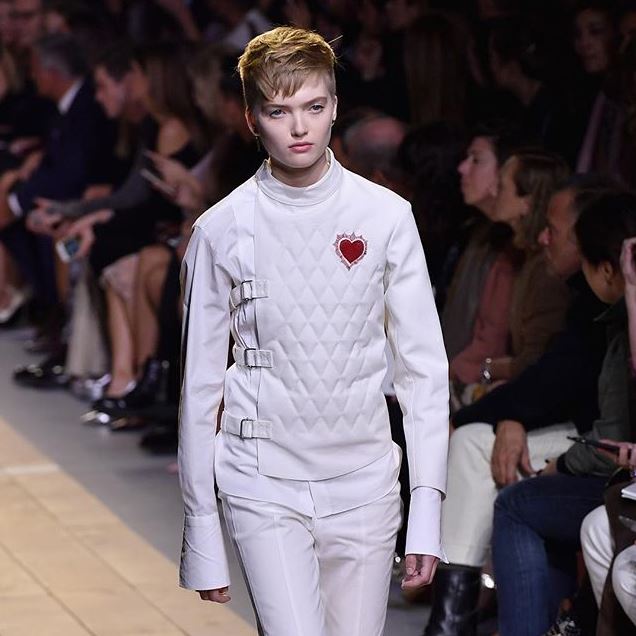 Chiuri’s direction was more of a departure from the Dior’s many recent collections than it was a tribute to them. And she wanted the message heard loud and clear. One of the tee-shirts had the word “DIO(R)EVOLUTION” sprawled across it. While Raf Simons made his debut with a runway backdrop of countless roses, Chiuri presents her first collection against a backdrop of minimalistic wooden benches and empty white walls.

The contrast came mostly in the silhouettes. I have lately been complaining about the lack of pants in the recent Dior collections, and this one came with many – cigarette pants and capris. Text and symbolism was another big feature of the collection. “We should all be feminists” was on a tee-shirt that everyone’s talking about. Other pieces talked about their inspiration – “La Lune” and “Le Pendu”, meaning the moon and the hanged man tarot-card. “Christian Dior” and “J’ADIOR” were written on bra-straps and peeking underneath the sheer dresses as belts, bags, clutches and shoes.

The end of the show brought sheer gowns and maxis with symbolic motifs – hearts, bees, stars, flowers, which did what I had certainly hoped it wouldn’t do, as did the color palette of white, red, nude and black – remind me of Valentino’s collections.

En plus, the logo-handle clutch reminded me of the logo clutch by Moschino:

Overall, keeping the comparisons aside, the collection is a big step for Dior. The signature elements like the Dior bag and bar jacket were redefined. The collection is exciting and something that’ll attract new and old clientele. Other than the top ones, here is another one my other favorite looks from the collection: 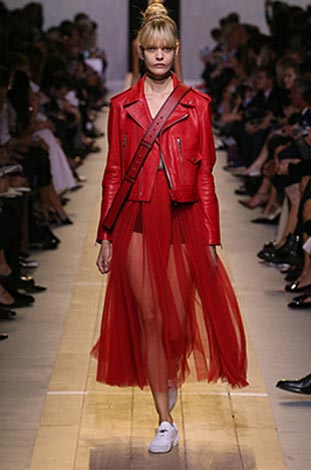