Are there other ways to lose weight apart from actually working out?! Um, well, here’s one technique that everyone’s talking about. We decoded everything about cryotherapy weight loss. Read on to know more! Cold therapy or cryotherapy is in the limelight. From celebs to everyday weight-loss-lovers, all are in praise of this new treatment. Cryotherapy is a technique that puts the body in low temperatures in medical science. But why would someone freeze themselves to death? Isn’t it too dangerous? Well, we have found out answers that we would like to share with you. From different types to side effects to benefits, here’s everything about cryotherapy. Let’s check out!

Cryotherapy is a pain therapy that uses a method of freezing temperatures to cure an irritated nerve. It is also used to treat areas of some cancer cells and to beat some abnormal skin cells by dermatologists. Nowadays, the practice is getting a lot of attention because of its hype as a weight loss solution.

How Does Cryotherapy Work?

According to medicinenet, “In cryotherapy, a probe is inserted into the tissue next to the affected nerve. The temperature of the probe drops then effectively freeze the nerve. The freezing inactivates the nerve and, as a result, painful nerve irritation is relieved. Cryotherapy is a relatively safe and effective means of treating localized nerve irritation.”

What is a Cryo Chamber?

A cryogenic chamber is used in whole body cryotherapy, where the patient is kept in a cryogenic chamber for a very short period of time (not exceeding 3 minutes). The chamber is cooled using liquid nitrogen at a temperature of -120°C. The patient wears only a bathing suit, socks, gloves, mouth and ear protection inside a cryo freeze chamber to protect from severe freezing.

How Cold is Cryotherapy? 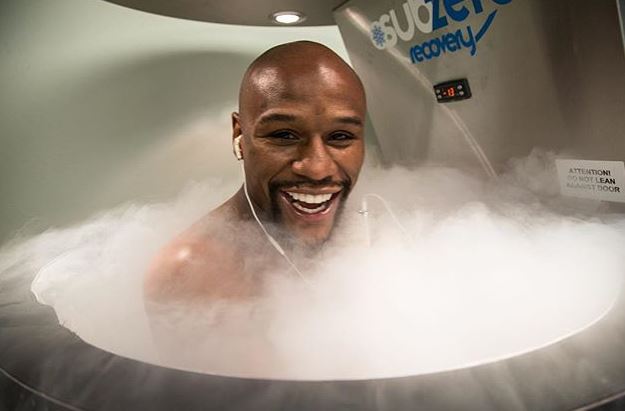 How Much Does Cryotherapy Cost?

One session typically cost around $65 for whole body cryotherapy.

Uses: What Does Cryotherapy Do?

Cryotherapy is used by athletes and those who are into training a lot. The most basic use of cryotherapy is to relieve chronic pain, decrease inflammation, speed recovery time, increase athletic performances and reduce muscle soreness.

It is also said that whole body cryotherapy has health, wellness, and beauty benefits. The outer layer of the skin is lowered and the capillaries and blood vessels undergo constriction followed by dilation. This causes the body to release toxins and makes you feel good. Endorphins are secreted in the body, which are body’s natural painkillers.

Cryotherapy spas aren’t a new concept. They gained popularity in Japan during the 1970s and quickly gained attention in Europe. And have reached US in recent years. Cryotherapy spas offer facials, whole body and muscle treatments. The whole body cryotherapy is done for two to four minutes with a temperature of -150°C.

Cryotherapy has many benefits in the field of medicine. It’s used in open heart surgeries. When the patient’s body is placed in hypothermic state, the processes in the body slow down and allow the heart to be stopped without affecting the brain. It is also used to treat many skin problems like skin cancer, tumors, skin warts and eczema. 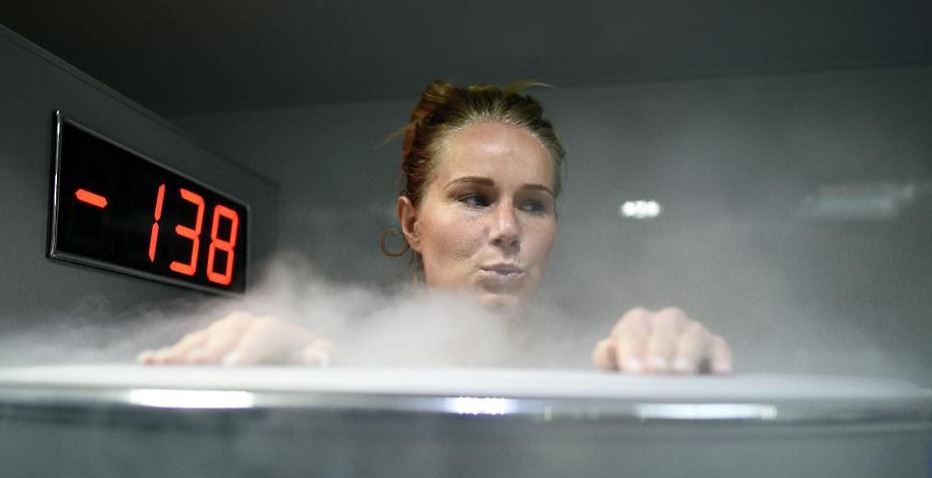 It is also used to change or “improve” skin complexion, however, we at ShilpaAhuja.com don’t believe in changing skin tone hierarchies. Injuries like a muscle spasm, sprained ankle, etc can be treated. Anxiety and stress are reduced. Athletes use cryotherapy to increase their performance. It also helps in improving immunity, increasing body metabolism, and increasing blood circulation.

There are 5 types of cryotherapy:

1. Ice Pack Therapy: This is a cold treatment done to the injured area of the body. An ice pack is placed over the injured area which absorbs the heat. It’s usually used to relieve muscle soreness for sports personalities and athletes. However, excessive use may reduce the performance. So, ideally, 10 minutes is a good time. 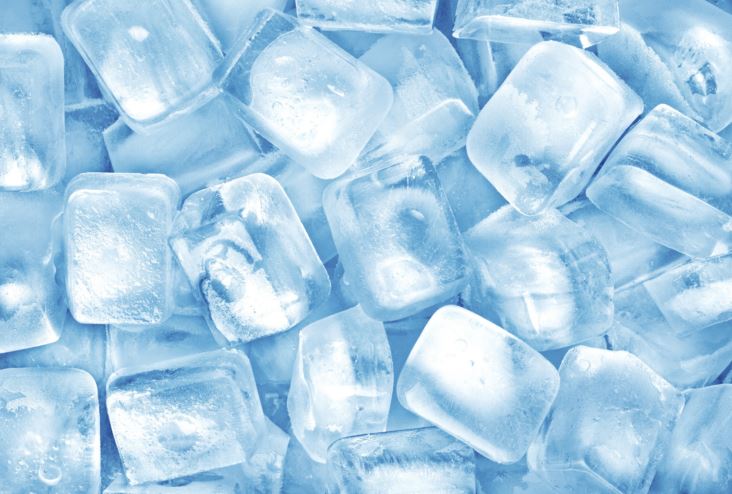 2. Instant Ice Pack Therapy: This is a method where two bags are used; one has water and is present inside another bag containing ammonium nitrate. The bag is squeezed so the bag inside breaks and ammonium nitrate mixes with water. This helps to lower the temperature of the ice pack by absorbing the heat. These are also used for sports injuries.

3. Whole Body Cryotherapy: This is a relatively new type of cryo freeze therapy compared to the ice packs. This is carried out in cryogenic chambers.

4. Partial Body Cryotherapy: In this method, devices like cryo saunas are used. These devices are cylindrical chambers that have apertures at the top and the patient’s head remains outside and is not subjected to the cold temperatures. The main difference between whole body and partial body cryotherapy is that an injection of evaporated liquid nitrogen is injected into the chamber. It is also called cryo chamber therapy.

5. Internal Cryotherapy: This type of cryotherapy is where the surgeon uses freezing agents to treat an internal part of the body. It’s mostly used to treat cancer.

Cryotherapy for Back Pain

Cryotherapy can reduce back pain but is no better than a back surgery that yields better results. Whether it’s fusion surgery or disk replacement, cryotherapy cannot cure back pain completely.

Cryotherapy fat loss believers (mostly marketing teams of cryo spas) say it’s easy to lose weight with the treatment. With this marketing message, cryotherapy is being popularized as a way to lose weight fast. With increased metabolic rate combined with proper exercises and diet, they claim one can lose weight.

But this isn’t scientifically proven and may not be true at all. By maintaining a healthy, proper diet and regularly working out, too, can help one lose weight without any treatment such as cryotherapy. In fact, cryotherapy may not even work a tiny bit to help you shed those pounds. A blog, HealthyButSmart, has debunked the cryotherapy weight loss marketing ploy in an article with the help of scientific research and scholarly papers to shows how most health claims made about whole body cryotherapy are unproven. 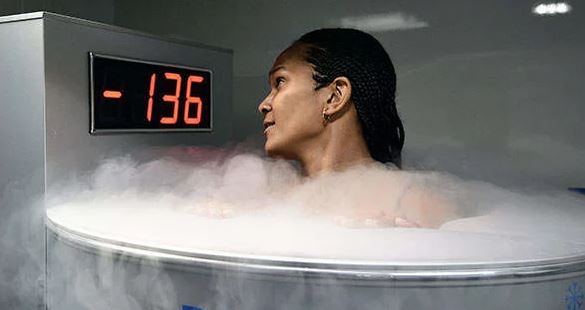 Such marketing gimmicks are far from new. We’ve already written articles debunking the myths of detox water, waist trainers and juice cleanse for weight loss. However, I, personally don’t recommend going for cryotherapy if weight loss is your only reason. You can’t expect to emerge from a cryotherapy chamber all slim and looking like someone who spends hours at the gym, working hard to keep themselves fit. Because if it sounds too good to be true then it probably is.

In fact, cryotherapy for weight loss may even be dangerous; the internet has spoken with reviews. Read on to know more!

According to cryo.com, “After your CRYO treatment, your brain signals to the rest of your body to pump blood to your core to increase your body heat and therefore your metabolic rate.  Then, the enriched blood rushes back out and through your body, boosting immunity, cell renewal, and providing natural pain relief.

Your body is therefore using a considerable amount of energy to heat back up again and this is how CRYO’s whole body therapy, as a supplement to your healthy eating and exercise plan, will assist you to achieve a faster weight loss.”

Cryotherapy Before and After

But is this really true? Well, here are a few reviews for cryotherapy and weight loss!

Makeup blogger Huda Kattan mentions in her blog about cryotherapy weight loss, “I did this on my back and really was hoping that it would just look a little less flabby, but the opposite actually happened. The area got flabbier! It was awful!” Also, she says, “I do believe lipo cryo may work for some people if it is an area that is fairly soft, but I would expect to see that weight return in other areas, which I am not sure that it is worth the risk! A friend of mine did her arms and now she gained a ton of weight in her mid section!”

So, there are a few positive reviews, too. Like Eneida from Philadelphia says to cryotherapy.com about cryotherapy weight loss, “Cryogenic sauna gave my metabolism a boost like I had never experienced. I felt energized and the joint pain I had felt was gone after just three sessions. I have lost weight and continue to lose weight.”

There are some side effects like headaches and lightheadedness. Serious complications like neurapraxia and axonotmesis that affect nerves and can be the side effects of ice pack therapy. There are a few more risks listed below.

Frostbite is one of the major whole body cryotherapy side effects. This is because of the extremely low temperature. Due to the use of liquid nitrogen, it may lead to asphyxiation, where the body is deprived of oxygen. Due to low temperatures, blood vessels close to the skin constrict and decrease the loss of body heat. Allergies and asthma is yet another common issue in full body cryotherapy. 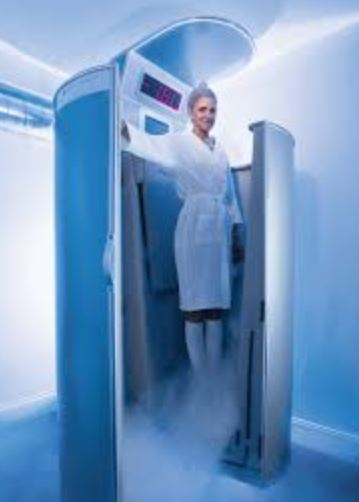 After a cryotherapy session, the effect lasts for six to eight hours. So far, there have been no claims of cryotherapy being completely negative. However, it might result in temporary solutions for a shorter period. But it is not effective for long-term results. Even with coldtherapy weight loss sessions, there’s mixed reviews, so one cannot conclude anything about its effectiveness or weight loss benefits.

There certainly are a few side effects with cryo freeze therapy. A few of them are listed below:

1. While treating cancer, constipation, and blood in the urine are common issues with freezing therapy.

2. Redness and irritation are common when the skin is treated. There may be numbness, too.

3. In cervical cryotherapy treatment, a water discharge is experienced for a few weeks as the body eliminates dead cells. This discharge may contain blood in it.

4. A person undergoing cold chamber therapy for lung disease may cough up dead cells for a few weeks. And also, there may be other problems with troubled breathing and chest infection.

Cryotherapy weight loss sessions will freeze you and you might experience a numbness in the body. Also, muscle soreness and other side effects are common according to cryotherapy reviews.

So, this was all about cryotherapy weight loss. Have you tried it? Let us know by tweeting us @shilpa1ahuja!

– Waist Trainer Decoded with Myths & Facts: Is It Really Helpful?
– Keto Fast Food Options to Try in Your Favorite Restaurants
–  Juice Cleanse is the Most Useless Way to Lose Weight: Says Nutritionist
– Does Detox Water Help with Weight Loss? We Tried It & Here are the Results!
– Whole30 Grocery List Looks Extreme: Is Whole30 Food Plan a Good Idea?
– Coolsculpting: The Cold Truth Behind the Fat Removal Technique