Within modern-day society, many world-famous celebrities find solace in the support of their psychics. In 2019, the Independent reported that a quarter of the world’s population believed in the existence of psychic abilities, so it’s hardly surprising that the phenomenon has caught on with global stars. So, let’s take a look at three celebrities who have turned to psychics during their careers.

Over the course of her award-winning career, the three-time Golden Globe winner has turned to the powers of extrasensory perception in seeking to communicate with her late mother, according to a report by TheTalko. Despite her celebrity status, the now 44-year-old isn’t alone in her beliefs, with research published by The Conversation stating that vaster numbers of people have recently started to believe in the existence of psychic powers. Crucially, trained readers are becoming increasingly sought after because of their abilities to find clarity in situations of uncertainty, as per TheCircle. Through the use of a heightened sense of intuition, psychics aim to take those who are willing down a spiritual path that results in positive empowerment. That said, in the case of Jolie, readers have been instrumental in directly channeling messages from loved ones in seeking to ensure the retention of a spiritual connection with those whom she shared a meaningful relationship.

In recent years, Hollywood stars haven’t been the only ones who have turned to psychics for a sense of clarity. The phenomenon has also become somewhat popular with some of the world’s most famous musicians, including Lady Gaga. Unlike Jolie, however, the 34-year-old pop star didn’t seek to use the abilities of a trained reader to communicate with deceased loved ones. Instead, the New York-born star reportedly sought the assistance of a psychic for career advice. It’s believed that prior to reaching her current level of stardom, she turned to a psychic in an attempt to change her fortunes and begin her world-renowned career when she was just a regular musician. Interestingly, during her rise to the top of the music industry, Gaga reportedly thought that she possessed psychic abilities, with a story from E! News suggesting that she was being haunted by a ghost named Ryan.

While Gaga demonstrates that psychics have become pivotal to up-and-coming musicians, Rihanna is a prime example of a global superstar who instead uses the talents of trained readers to help retain their edge in what is an incredibly competitive industry. Since bursting onto the scene in the early 2000s with her first single, Pon De Replay, the now 32-year-old recently secured her position as Britain’s wealthiest female musician, with, if reports are to be believed, a little help from her psychic. 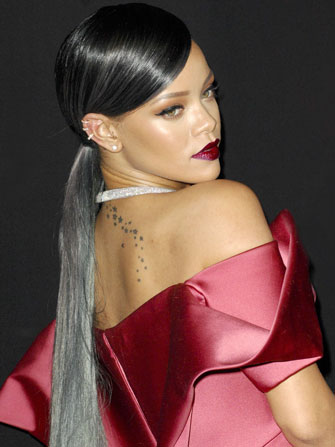 Rihanna isn’t just a music superstar and a shrewd businesswoman, she’s also a believer in the existence of psychic powers. TheTalko states that the Barbados-born singer regularly consults her psychic whenever she requires career reassurances as she endeavors to avoid plummeting into obscurity. For musicians, using a trained reader for this purpose is somewhat normal, with Jennifer Lopez also turning to a psychic for occasional career advice.

Embracing the Powers of Extrasensory Perception

Ultimately, as showcased by the above, the celebrity world is continuing to embrace the potentials of psychic readings. Fundamentally, clarity is at the heart of the communicative skill, with reader abilities extending beyond the limits of just foretelling the future. Crucially, the supportive nature of trained experts is one of the core reasons as to why many global stars have turned to the powers of extrasensory perception.

Mark is a freelance writer who has recently moved to London. He specializes in entertainment and lifestyle topics. He can be contacted at [email protected]