Is uncomfortable, feminine fashion dead? This season, we’re seeing a revolution of comfy workwear & androgynous clothing on the runways that reflect the changing fashion market and modern working women. Hey gorgeous! The end of this year marks the end of the decade, too. And it’s been my interest for the last couple of seasons to understand the overarching trends that the decade of 2010s will be remembered for.

This decade, especially in the first half, has seen a lot of girly, feminine trends, like ruffles, crotch-high boots, chokers, floral appliques and sheer dresses. While some of these fashion styles are not out and out girly, they’re still definitely not unisex/androgynous clothing. 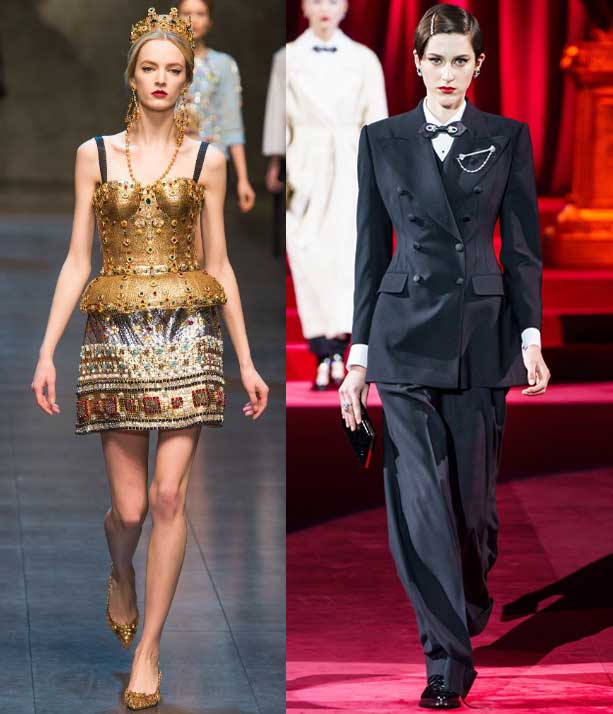 Sometimes uncomfortable and sometimes straight-up ridiculously impractical for the every-woman, these trends reflected the adage that fashion is not supposed to be comfortable, or for everyone. 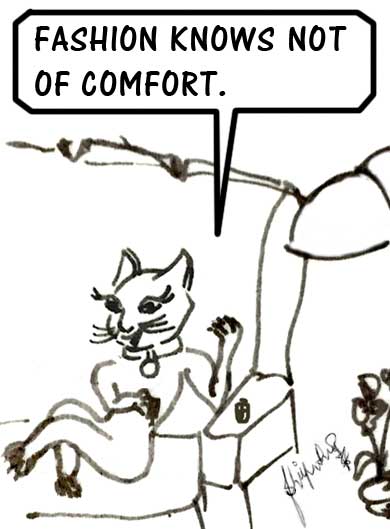 However, the uprise of the “regular” women, bloggers of all shapes and sizes in the fashion industry in the late 2010s has brought about the comfy yet chic fashion revolution of this decade. Athleisure, working suits, neutral palettes and generally more wearable clothing became the norm, not just among bloggers, but also on runways and among celebrities.

Women are working, busy and quite frankly, crotch-high boots don’t get us into the corner offices. This changing need is apparent not just in the clothing industry but also in the accessories and beauty industry. More and more women are preferring unisex laptop bags, natural beauty looks and flat practical shoes. Women are even embracing simpler, comfortable lingerie instead of the curve-enhancing, sexy Victoria’s Secret types. 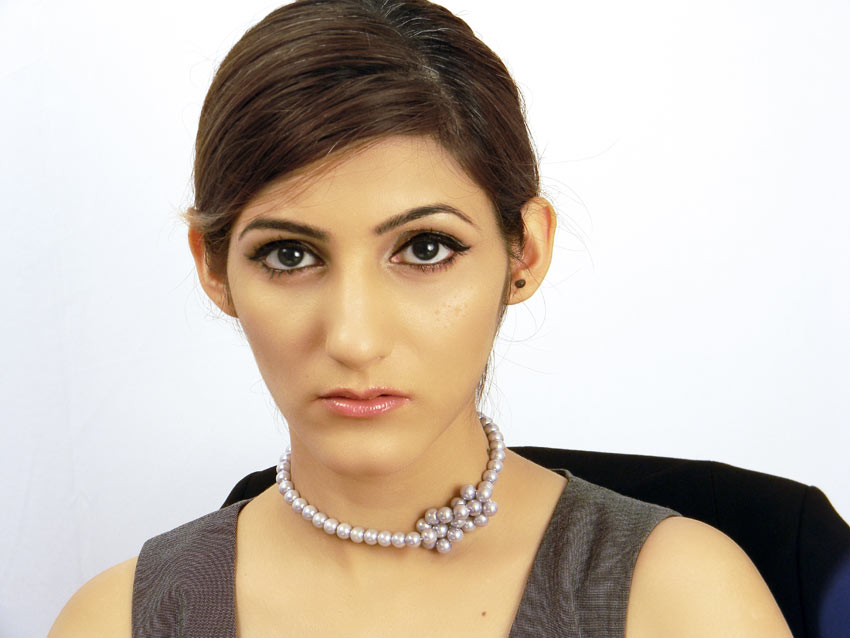 And the Fall 2019/Winter 2020 runways have found the perfect way to end this decade with a trend that can be considered a representation of this changing market.

Power dressing, androgynous, comfortable clothing without cinched waists is the order of the day. The new aesthetic we’re seeing on the runway this year is very unfeminine. We saw pant suits, formal jackets and boyish sweater vests. Fabrics and overcoats looked like they were taken from men’s collections. Houndstooth and plaid replaced florals. Wool replaced satin. There were shoulder pads in sweaters and button-up shirts.

Dictionary would define androgynous clothing as unisex, or partly masculine and partly feminine in style; of indeterminate gender. It would have a mix of both menswear and womenswear, and be something that any gender can wear.

The new androgynous clothing fashion trend not just reflects changing taste and needs of the modern women, but also the rise of the LGBTQIA community and increase in the number of people who don’t identify as any gender, or women who don’t like overtly feminine apparel.

The emphasis is on sharpness, not on femininity. Almost every famous designer is leaning towards power dressing this fall. Even the models sported short hair, or tightly tied up hair with natural makeup that sharpened the bone structure, enhancing the androgynous clothing look. Androgynous clothing and power dressing is the biggest trend of the season, and ties greatly into the comfortable, natural fashion movement for working women that is the perfect way to mark the second half of the 2010s decade. As I said in my article, 11 New Fashion Trends for Fall Winter 2019-2020, “The fashion of 2020s is gotta be for the Mirandas of the world, not the Carries.”

Will Hourglass Not Be the Coveted Body Type in 2020s? Types of Body Shapes (Read more in this article: How to Find Your Body Type and How to Dress for it)

David Kibbe is an image professional and introduced a style type theory in his book Metamorphosis in 1987, that’s based on not just bust-waist-hip measurements, but also facial features, bone structure, flesh and “yin-yang energy”, meaning how masculine or feminine one’s “energy” is.

Since the 80s, this body type theory is picking up among bloggers and youtubers again and the reason is clear. Every woman wants to feel confident about her natural body, rather than trying for it to mimic the coveted “hourglass” shape.

The traditional women’s fashion has been about cinching waists and enhancing hips, making the body seem more feminine and sexually appealing. But broad shoulders in some of the Fall 2019 dresses overpower waistlines and even make the hips seem significantly narrower.

The androgynous clothing style we’re seeing on the runway in Fall 2019-2020 collections reflects two of the 13 Kibbe body types. If you wanna know about all of them, here’s a great video.

In some of the looks, shoulders are sharp, broad, sometimes using shoulder pads and other times, using pouf or other decorative elements. The exaggerated shoulders we’re seeing mimic the “Dramatic” body type, that have broad shoulders that make the head seem smaller. In other words, androgynous clothing exudes powerful masculine energy too. 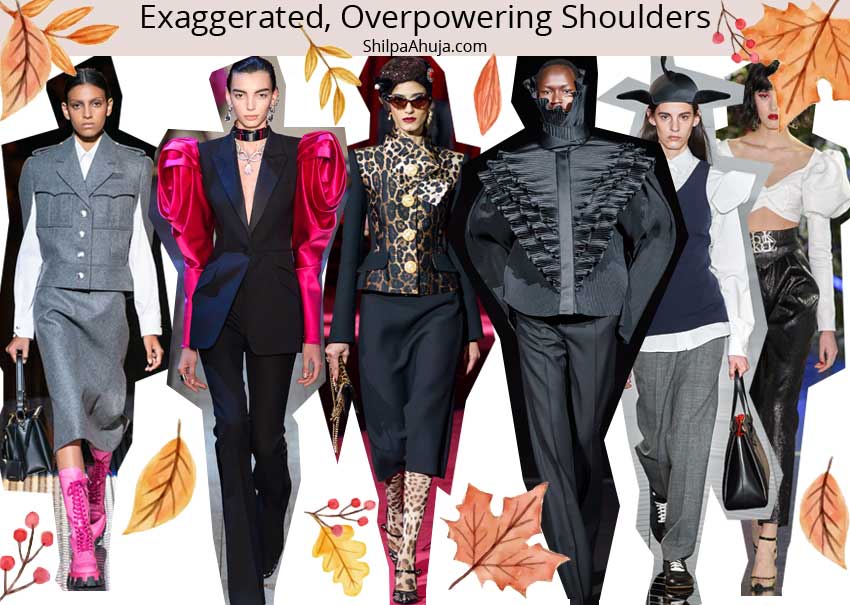 And the power dressing we’re seeing mimics the “Flamboyant Natural” body type, which has wide rib cages, a balanced bone structure – neither too feminine nor too masculine. It’s a very common body shape.

While I wouldn’t go as far as to say that the hourglass body shape or femininity itself can become outdated. However, it seems that the introduction and popularity of androgynous clothing and power dressing can only mean one thing – the fashion industry is changing.

Women are the biggest consumers of the fashion industry, and their needs are always reflected in the clothing styles of any decade. So it’s only fitting that the upcoming decade will be about effectiveness & comfort over anything else, but not at the expense of looking good and feeling powerful.

What are your thoughts about this new fashion trend of androgynous clothing? Lemme know below!

9 Office Makeup Looks for Every Type of Working Woman

11 Types of Selfie Captions on Instagram & How to Master Them

How to Dress a Curvy Body According to Your Body Type

Is the Era of Saree Draping Silently Coming to an End?

How to Talk about Yourself on a Date: ULTIMATE Guide to First Date Intro