The much awaited Cannes Film festival is here again, and as expected, the ladies in attendance wowed (and shocked) us with their fashion. Lots of the outfits were black, or white, or black and white. This year the Cannes festival has caused quite a debate because of its recent ‘no-flat-shoes’ rule for the women. Not that we don’t want to wear high heels to the red carpet, but we certainly should be allowed to. Anyhow, let’s take a look at the best (and worst):

Blake Lively did not disappoint in this gorgeous black and white Gucci strapless gown. My favorite! Imogen Waterhouse wore an ankle length navy silk gown by Dior. And those black pumps are adorable. And the gown is beautiful and classy. 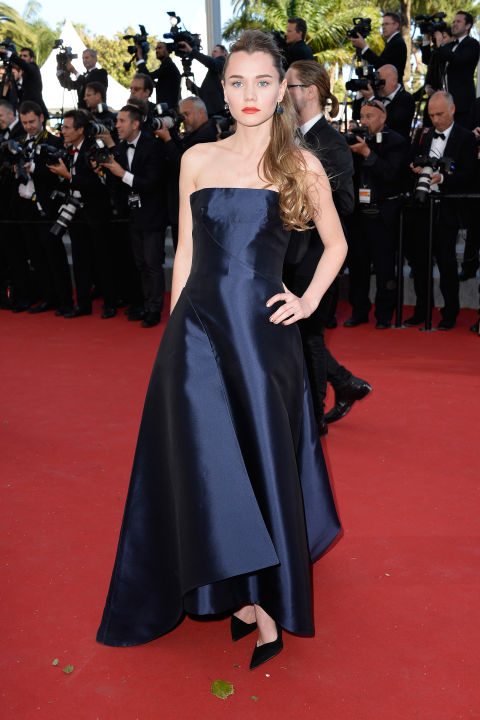 Izabel Goulart wore a Zuhair Murad gown with a contoured stripe pattern in white and nude that made her look curvy and hot. Doutzen Kroes wore a black dress by Mugler with a long slit. Love that shoulder detail. 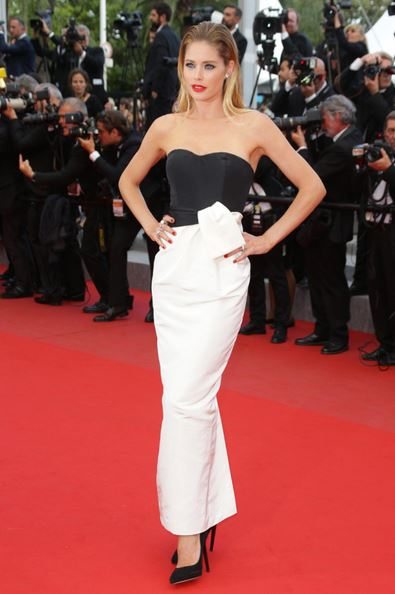 Sonam Kapoor in a poofy blue Ralph & Russo couture gown. Lovely from the front, but a bit puffed up and unflattering from the sides. Although great attempt for her first Cannes appearance. 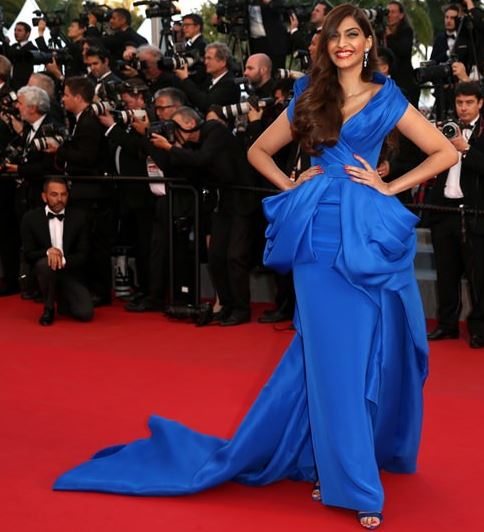 Natalie Portman wore a red strapless minimalist Dior gown with a back slit and a V-neck.

Emma Stone in a white floor-sweeping mermaid gown by Christian Dior. Love the gown, though I wish she had darker hair to contrast it, and bring out her features even more with those red lips. 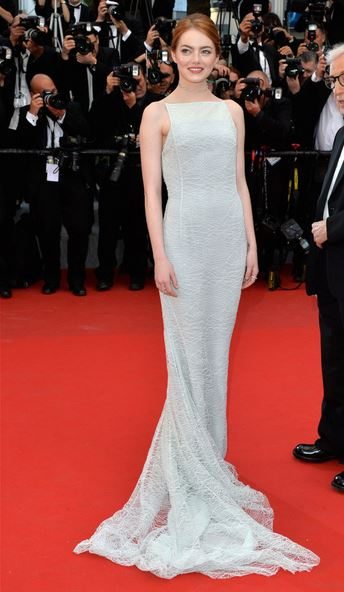 I love this short day-time dress Emma Stone wore by Oscar de la Renta with its lace over a sweetheart necklined cami and ruffled skirt. 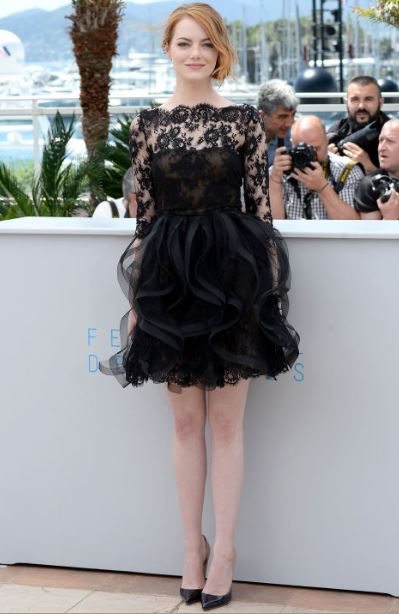 Kendall Jenner wore an all-black mid-riff exposing outfit by Alaïa, which I think is cute. Doutzen Kroes in a white Atelier Versace gown with a thigh-high slit and a cut-out running from the waist diagonally up to the shoulder. 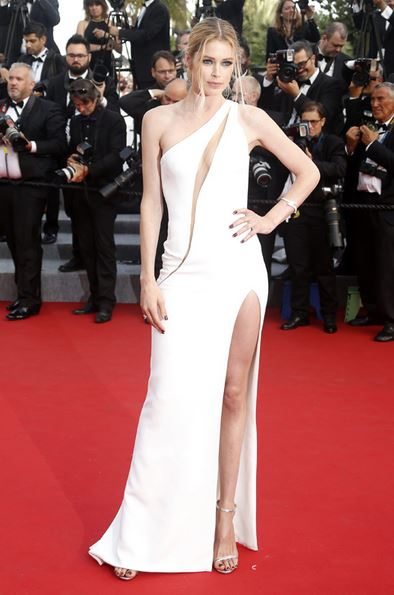 Natasha Poly in a black and white belted gown by Atelier Versace. I love the look per say, but as they say, “If you have to get a bikini wax, it’s a swim-suit, not a red carpet gown.” 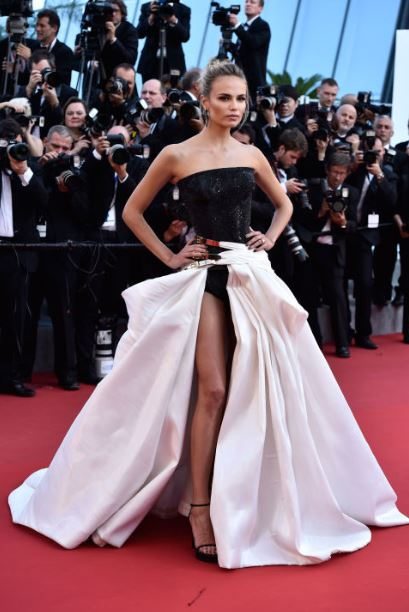 Miranda Kerr wore a pink head-turner number by Emanuel Ungaro that really stood out because of its stooping neckline and hip-high slit. I love the idea of pink, but I think for highbrow red carpet events some things are best left to the imagination. What say? 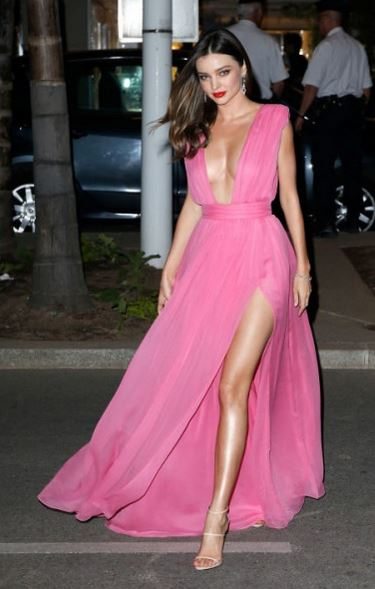 Sara Sampaio in a cut-out black Vionnet gown. It’s cute but the cut outs on the ribs are a bit much. Anja Rubik wore a black gown by Atelier Versace that had a spider-web patterned cutout that ran through the length of the dress. Great effort to make it stand out, but once again, not a big fan of panty-less dressing. 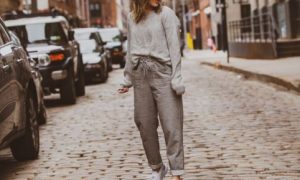 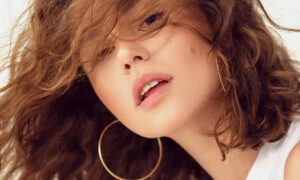 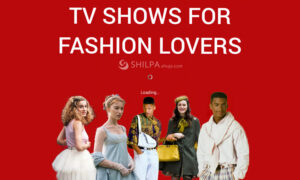 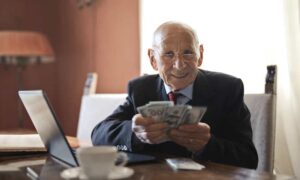 Looking for Senior Citizen Health Insurance? 5 Things to Know before Buying a Plan 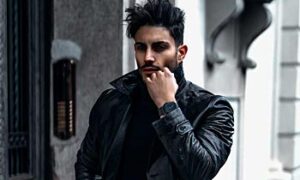 Easy Styling Tips for a Leather Blazer For Every Occasion

The Magic of RiRi: Rihanna on Dior Ad+ Her 10 Best Fashion Moments
Best Summer Looks of Cara Delevingne Ever | Street Style and Evening Wear
To Top