Happy Independence Day! Here’s a list of my favorite patriotic Bollywood movies from Rang De Basanti to Swades so you can chill with Netflix on August 15! 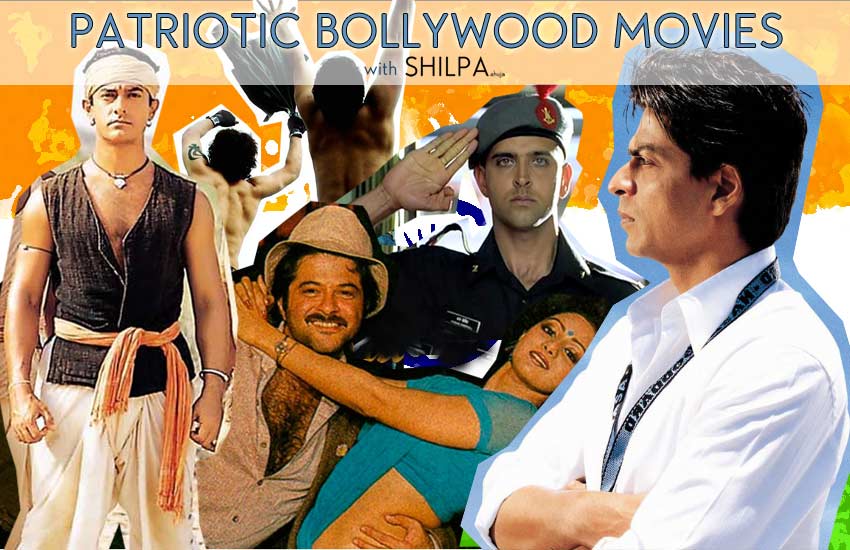 Happy Indian Independence Day, readers. Here it is – the only day when everything you love about your country suddenly comes to mind while A.R. Rahman’s ‘Maa Tujhe Salaam – Vande Mataram’ plays in your mind on repeat, and you don’t ask for it to stop! While you celebrate the national holiday, and run through the Netflix list, wondering what to watch, I’m creating a wonderful list of my favorite patriotic Bollywood movies. So let’s see which one I pick today, and if I inspire you to watch one of them, too, and feel patriotic!

So here are my 7 favorite patriotic Bollywood movies to watch on August 15! Rang De Basanti is my favorite in this list. This artful drama brings together three different angles of patriotism and its appreciation – a foreign tourist who values Indian history and the spirit of Indian independence movement, an Indian Air Force flight lieutenant who gives India his undying love, only to die at the hands of corruption and a group of Indian youth (including Aamir Khan) who strive to bring justive to this martyr’s sacrifice with their newfound passion inspired by the historic freedom fighters and give a modern meaning to patriotism and rebellion. Here’s one you wouldn’t find in any typical patriotic Bollywood movies list, possibly because most people don’t consider entrepreneurship to be something patriotic. And that’s the beauty of this story. It’s not about a soldier or brave freedom fighters or martyrs. This one focuses on an ordinary Indian’s (Abhishek Bachchan) hard work and determination, and the way he constantly challenges corruption and bureaucracy left by the British rule, how he overcomes all the obstacles by questioning why India must be a third world country. 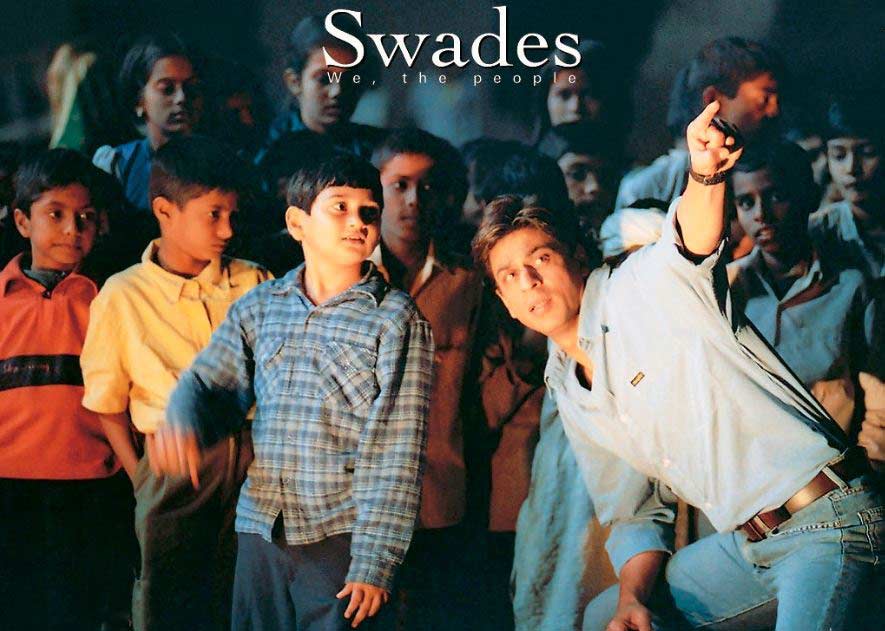 Swades is another such movie that proves one doesn’t have to be a martyr or even a patriot necessarily (at least in the typical sense) to make a difference to a country. Everyone can contribute in their own small way with whatever skill they have. Swades is one film that’s bound to make anyone who’s Indian by heart, fall in love with India all over again. It’s a tale of innovation where a non-resident (Shah Rukh Khan) uses his genius to bring happiness to a small Indian village, and ends up realizing that home is where the heart is! 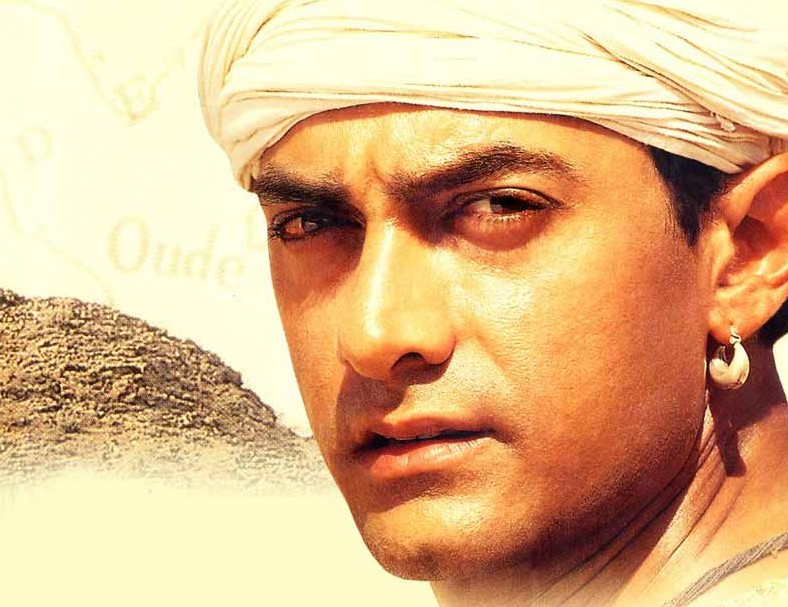 A four-hour long saga that mixes Indian pre-independence history with cricket, Lagaan plays on the game that brings out the feeling of patriotism even in the most hating of Indians! 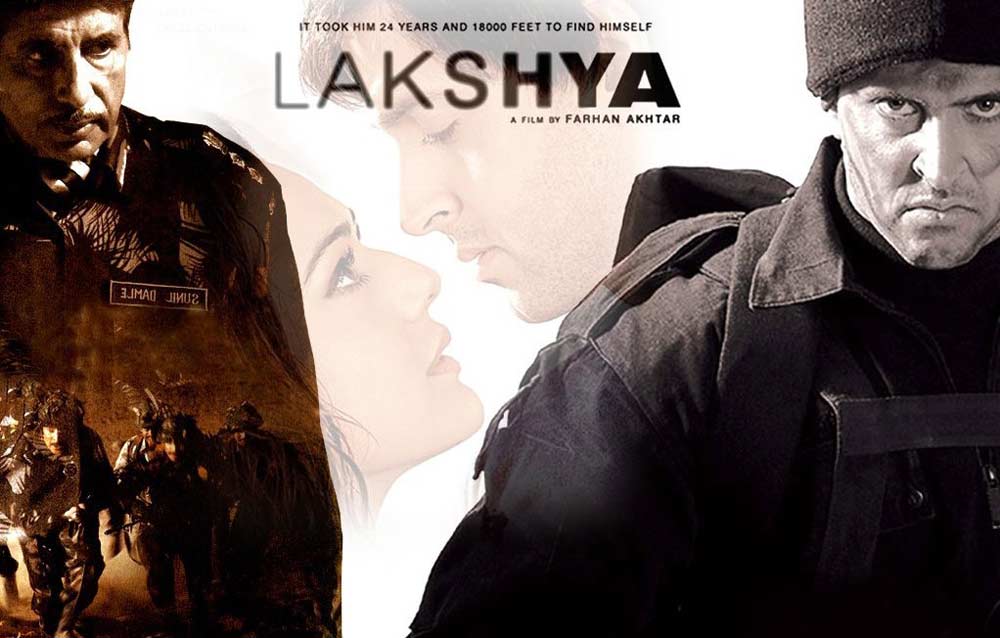 This one combines romance, humor and war with a protagonist (Hrithik Roshan) who grows out of his confused, irresolute youth into a meaningful, valiant adulthood that commits to the country engulfed in war.

This sci-fi adventure makes an unlikely hero (Anil Kapoor) – one who just happens to find himself by the poverty and misery of his family, and a power of invisibility that enables him to fight it. Plus chiffon sarees and Sri Devi are enough to make anyone proud of India! This movie is all about a key trait that makes India great and unique – unity in diversity. A football coach (Shah Rukh Khan) leads and inspires a diverse group of young female players to come together for an international match and play as a team despite their petty animosity and cultural differences. The iconic inspirational speech just before the climax is one that can be used as a pick-me-up anytime!

Other worthy mentions for this list of patriotic Bollywood movies includes:

Border, The Legend of Bhagat Singh and Mangal Pandey – The Rising.

IMDB has a whole list of them, so do check those out if you want more! So did you like my list of patriotic Bollywood movies? Which one is your favorite? Comment below! Lemme know!